Well, my Strainiacs, we are almost at the 3-week mark. Yes, folks, in 3 short weeks, The Strain will be returning for season 3 (finally!), and Sundays will be perfect once again. The hiatus this year has been particularly painful due to ...Read More »

One thing I have found after attending San Diego Comic-Con last weekend is while Prison Break may have been off the air for over 7 years, the fans have certainly not forgotten about the show. Sunday is supposed to be the day ...Read More » 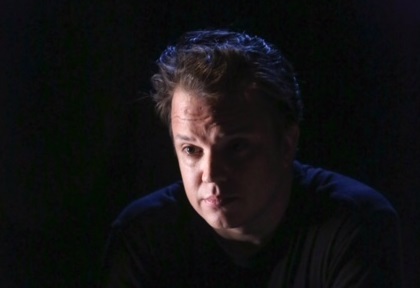 San Diego Comic-Con is always one of my favorite times of the year. Meeting old friends, talking to some great talent — lots of work but just as much fun. This year, however, the event turned out to be extra ...Read More »

Warning: General spoilers ahead With everything that has happened so far in season 2 of Dark Matter, I think there are 2 questions that are on every fan’s mind: 1) Will Six (Roger Cross) ever be part of the team again? and more ...Read More »

Warning: General spoilers ahead If you’re a complete “virgin” of The Expanse books like I am, then the ending of season 1 was a jaw-dropping shocker. And, if you’re like me, you probably had plenty of questions and wanted to pitch a ...Read More »

Wow, last week’s episode of Mr. Robot was one dense hour of television. Coming right on the heels of Gideon being gunned down in a bar, Romero is found dead in his mother’s basement which has Mobley and the rest of the ...Read More »

There wasn’t much going on yesterday on the last day of San Diego Comic-Con 2016, but for those who did stick around, one of the goodies you were treated to was a first look at 24:Legacy — the next chapter in ...Read More »

12 Monkeys: Todd Stashwick Talks The Scav King, Baring It All And Going Into The S2 Finale [EXCLUSIVE INTERVIEW Part 1]

As I have said many times before, I’m not in the same camp as most of the 12 Monkeys  fandom in that neither Cole nor Cassie are my favorite characters (this includes the Casserole ship which seems to have become a ...Read More »

July 15, 2016 - Comments Off on 12 Monkeys: Todd Stashwick Talks The Scav King, Baring It All And Going Into The S2 Finale [EXCLUSIVE INTERVIEW Part 1] - News

Back when it was originally announced that they were making a companion series to The Walking Dead, I was skeptical to say the least. I guess you could call me a Walking Dead “snob” because the zombie drama was one of my ...Read More »

For those who have seen my earlier posts this week, you know that I spent this past weekend at Walker Stalker Con Chicago 2016, and was fortunate enough to be able to chat with some of the Z Nation cast (yes, I know, ...Read More »