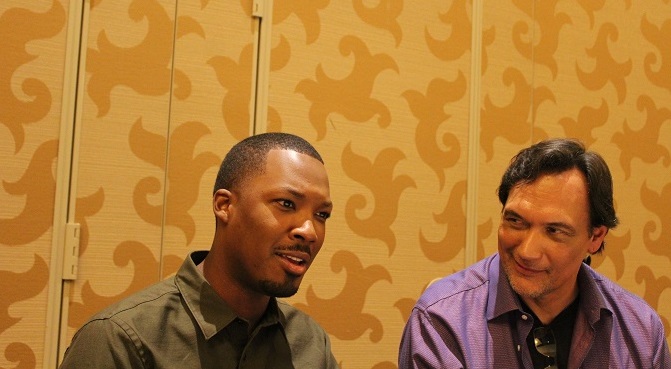 There wasn’t much going on yesterday on the last day of San Diego Comic-Con 2016, but for those who did stick around, one of the goodies you were treated to was a first look at 24:Legacy — the next chapter in the series’ history. In the early afternoon in Hall H, fans were given a first look at exclusive footage that highlighted Corey Hawkins’ character, Eric Carter. The clip featured an action-packed sequence that occurs after the terrorists that have been hunting down Carter finally catch up to him and his wife.

With the story of the military team that killed a top terrorist as one narrative, 24: Legacy will also follow the presidential campaign of Senator John Donovan (Jimmy Smits). Adding a further twist, as the initial trailer revealed, the candidate’s wife is former CTU director Rebecca Ingra (Miranda Otto). Fans of the original series will remember that its Season 1 story followed a terrorist cell’s plot to assassinate White House hopeful David Palmer (Dennis Haysbert).

But, before the panel, the media were given the opportunity to chat with the cast and Executive Producers on what to expect from the next installment of the highly-popular action drama. Here are some of the highlights:

24:Legacy  premieres February 5th, 2017 after the Super Bowl on FOX. In the meantime, check out the below video interviews: