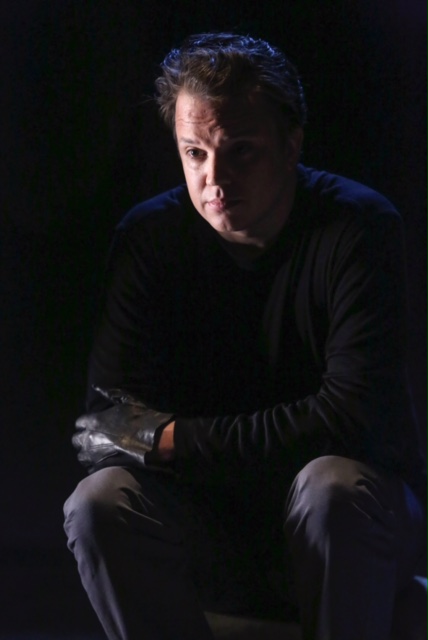 San Diego Comic-Con is always one of my favorite times of the year. Meeting old friends, talking to some great talent — lots of work but just as much fun. This year, however, the event turned out to be extra special because on Thursday of SDCC weekend, the Bones episode aired that will most certainly keep people talking for quite some time. In the season 11 finale, devout Bones and Zack Addy fans finally got their wish with the return of the fan-favorite in the episode’s final scene. If you were on social media or any of the message boards that night like I was, you know just what an impact this shocker had with the fans literally going wild.

Of course, I personally was overjoyed as Zack has always been my favorite character on the show. So, the following day, I just had to make time in my hectic SDCC schedule to chat with actor Eric Millegan  on that epic finale and what’s next for Zack as we head into the show’s final season. Check out what he had to say:

TV GEEK TALK: Okay, now the moment of truth here. When did you find out you were going to be coming back to the show and how did you react when you got the news?

ERIC MILLEGAN: “I got an email from my agent in January. He had been contacted to find out if I were available for a 2-episode arc this season. At that time, they didn’t know if there was going to be a Season 12. When I saw the email, I emailed him back immediately and said, ‘Holy crap! Of course, I’m available!’ [Laughs]. So, I was very excited, and then, I had to wait until April until we actually did it.”

TV GEEK TALK: And, I guess you were sworn to secrecy, under threat of life and limb.

ERIC MILLEGAN: “Oh, yes. In fact, at one point before they shot it, they said if people found out, we’re not going to do it. So, yes, we had to be very secretive.”

TV GEEK TALK: And, for this past episode, the season finale, what was it like being back on set and seeing these people you had n’t seen or worked with in a while?

ERIC MILLEGAN: “It was great. Of the main cast, I only saw David and Emily. David was the Director, which he is incredible at, and then, Emily, who was in my scene [in the finale] with me. I haven’t seen Michaela and T.J. in a few years — we’ve texted, but we actually haven’t seen each other in a while. Then, I saw Tamara a few months ago, and we had lunch together. ”

TV GEEK TALK: So, how much info are we going to get in the new season on what Zack’s been doing all this time? I mean, obviously he’s been in the mental institution. But, beside that, how much are we going to learn about what has gone on all these years?

ERIC MILLEGAN: “You are going to find out **everything**, and I can’t wait for you guys to see it all. It’s too bad that you have to wait until January[Laughs].”

ERIC MILLEGAN: “I just can’t wait for all you guys to see it, and it’s hard for me to wait too.”

TV GEEK TALK: So, is this going to be more than the premiere? Is it going to be a multi-episode arc?

TV GEEK TALK: Now, so much time has, in fact, passed. So, should we expect a different Zack Addy than the last time we saw him back in Season 4?

ERIC MILLEGAN: “Well, for one thing, he’s older. Someone said, ‘He looks so old, I miss the young Zack Addy.’ We all get old. We haven’t seen Zack in many years, and so, he does look older. If he looked the same, it would be creepy.”

TV GEEK TALK: In the season finale, we see Zack kidnap Dr. Brennan, and I think one of the biggest questions among fans is ‘Why her?’ Out of everyone at the Jeffersonian, why do you think he focused on her? Any hints there?

ERIC MILLEGAN: “Oh, I can’t say! Let me figure out what I can say. Oh, I’m sorry, I can’t answer that question without giving too much away.”

TV GEEK TALK: Sure, fair enough! Now, when we see Zack in the last scene of the finale, there appears to be something on his forehead. At first, I thought it was just a wrinkle because, hey, I’m dense. But, upon watching it again, it looks more like a scar. Is that relevant?

ERIC MILLEGAN: “Oh, yes. That is a scar. After I found out I was going to be on the show, about a month before we started shooting, I got a call from my agent saying I had to go to this makeup studio so that they could measure my head. And, then I didn’t hear anything for a while, and I was like ‘Are we still doing the show?’ Then, they said ‘Well, they did measure your head, so it’s most likely going to happen!’ But, yeah, it’s a scar, and in the script, it’s described as a ‘scar as if he’s been lobotomized.’ That’s what the script says. But….you have to see what the **next** script says [Laughs].” 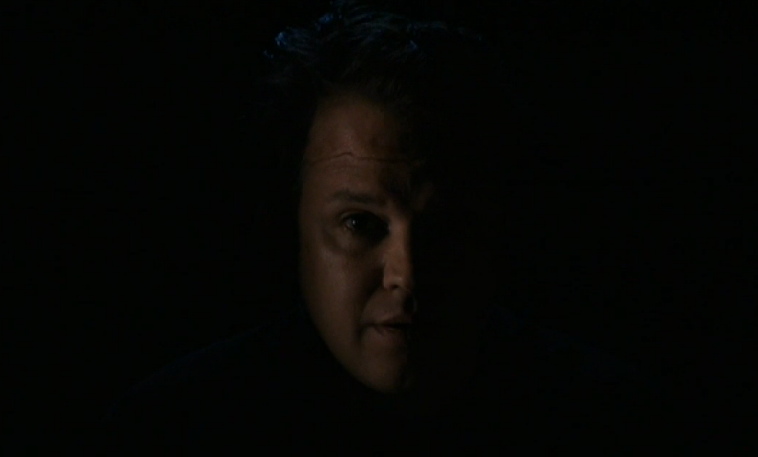 TV GEEK TALK: Okay, wow, that opens the door for all sorts of questions. Now, going into the Season 12 premiere, I know Emily is directing. I also know you can’t talk too much about it, but what can you share about what to expect going into the premiere?

ERIC MILLEGAN: “Well, it’s going to fun. In that episode, there’s going to be lots of Zack. In fact, more Zack than you’ve seen in any episode [of the show]. And, it’s going to be very exciting. You’re going to get conclusion to everything. All the questions you’re asking right now are going to be answered. I can’t wait for you guys to see it — and I haven’t even shot it yet!”

TV GEEK TALK: And, when you said we’ll get the answers to all these questions, I guess this also includes this very shocking revelation — I’m not buying it, by the way — of Zack being the Puppeteer, and those questions surrounding that?

ERIC MILLEGAN: “Yes, you’ll get answers to all of that.”

TV GEEK TALK: When the season 11 finale aired [last week], did you or any of your family watch the episode live, and what reaction were you seeing from fans online?

ERIC MILLEGAN: “My husband watched it live on the East Coast. My Dad watched it here on the West Coast. My sister doesn’t have cable, and so, she watched it online. I just got a text-message from one of my brothers. Haven’t heard back from my other sister and brother. But, I was very happy, and I did go on the message boards, and I did go on Twitter, and it’s fun. People were happy to see me, even if they’re not happy about the context in which they’re seeing me. But, everything was positive in terms of the chance to get to see me.”

TV GEEK TALK: Another thing I noticed is that virtually everybody remembered you. I know that was a concern at the beginning, that nobody would remember the Zack Addy character, but that wasn’t the case at all.

ERIC MILLEGAN: “Yeah, absolutely. Nobody said on any of the message boards, ‘Hey, who’s that guy?’ Nobody said that.”

TV GEEK TALK: Now, just one final, fun question. You know how passionate the fans are, especially all those involved with the Bring Back Zack campaign who worked hard in getting the character back on the show. What do you think about that, and what would you say to those fans now that Zack is officially back, and we’re going into the show’s final season?

ERIC MILLEGAN: “Well, I thank everybody for believing in the character and fighting to have the character back. By working hard to have their voice by heard, by the network, by Hart, by myself, that they wanted me back. And, in terms with what they are about to see, they are going to be very satisfied. Like I said, this next episode I’m about to shoot has a lot of Zack, and it’s going to answer a lot of questions.”

I conducted this interview while I was onsite at San Diego Comic-Con, and since then, Bones has officially begun production on season 12. So, Eric currently is on set, and from what we have been told, has been welcomed back as if he never left. A close friend of Eric’s said, “Producers retrieved the director’s chair with his name on it. And in a sweet act of consideration, when Eric was originally with the show, ‘Zack’s’ color to note his marks on the floor had previously been fluorescent green. After 8 long years, somebody on the production team had remembered and/or researched that. And, so when Eric got to the set, he was touched to see his familiar fluorescent green marks on the floor. And he is especially excited to be directed by his dear friend, Emily Deschanel, who is wearing two hats in next season’s premiere episode.”

Welcome back to Bones, Eric! While we still have almost 6 months to wait for the very Zack-centric season 12 premiere, in my opinion it’s a cake walk. We’ve already had to wait nearly 8 years for the return of one of the show’s most beloved characters — 6 months is nothing, especially when we now know that Zack is waiting on the other side.

A Blast From The Past And One, Big “Oh, Crap!” Ending In Bones Season 11 Finale “Nightmare Within The Nightmare”