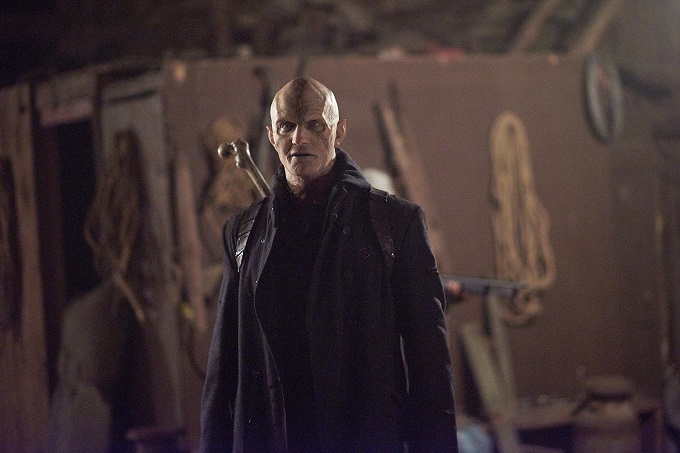 Global extermination of a class or race has been a common theme with The Strain since day one. It began back in season 1 with the reveal that Thomas Eichhorst (Richard Sammel)  had been an officer in a Nazi concentration camp and with the horrid flashbacks that depicted the Nazis as brutal slavemasters who treated all other classes of humans — most notably Jews — as mere objects to be used and abused, and when they’re no longer useful, to be thrown out like common trash. Fast forward to tomorrow’s season 4 premiere with the Master’s dominance of the world finally achieved, it becomes immediately clear why Eichhorst had been chosen to lead by his side.

The premiere begins with a 9-month time jump since Zack’s epic temper tantrum in the season 3 finale, and as we will see in Philadelphia (and presumably elsewhere, including New York) , the city has literally been transformed into a finely-tuned concentration camp.  Very reminiscent of Nazi Germany, everyone wears an identifying arm patch, walks in a single file to their assigned jobs, and as long as they behave like good minions (and keep their blood donations current, of course), then “The Partnership” will provide everything they need — food, medical care, safety. Of course, the big difference is because of the nuclear winter, strigoi are now free to move about during the day, and sentient strigoi become the modern-day Nazis, patrolling the streets and performing other tasks for the Master. Unfortunately, most have acquiesced and accepted their new reality if it means their remaining alive. Then, there are a few who denounce The Partnership and simply hunker down, trying to survive any way they can. Finally, there are small pockets of a resistance, those very few who are still trying to find a way to fight the strigoi and bring society back to a semblance of what it once was. Such are our heroes.

With it now believed that a nuclear warhead can destroy the Master, Fet (Kevin Durand)  and Quinlan (Rupert Penry-Jones)  are off on a road trip to the Dakotas to locate a government missile facility, picking up one of the locals, Charlotte Watkins (Rhona Mitra, “The Last Ship”),  along the way as the newest member of the team. I had the opportunity to speak with Showrunner Carlton Cuse about the show’s final season last week, and without revealing any big spoilers, he described Charlotte as “a woman who grew up in that part of the world. She’s very confident and self-reliant. She really exists to create a dilemma for Fet, and that dilemma is there’s a scenario where he could just retreat into some little enclave in the woods out there on the great northern plains and live out his life in happiness and contentment with this beautiful woman. But, he’s also compelled by this sense of duty. He’s out there because he’s got a mission, and that mission is to find a nuke and to try to use that nuke to bring the Master to an end. The characters are torn between love and duty and that’s something that felt like a really compelling thing to explore for Fet.” If you’re like me, you’ll probably notice a striking resemblance she has to Nora. Whether that is intentional remains to be seen (fans of the trilogy should get the relevance of that).

In the meantime, unable to face the atrocities committed by his son, Eph (Corey Stoll)  retreats to Philadelphia and has pretty much given up. “I can’t believe we lost” he says himself, and his days now consist of making house calls as “Dr. Miller” and collecting booze as payment. Nice. Old habits really die hard. The good news is by the end of the episode, he meets someone who causes him to put down the bottle and start thinking about fighting back once again. 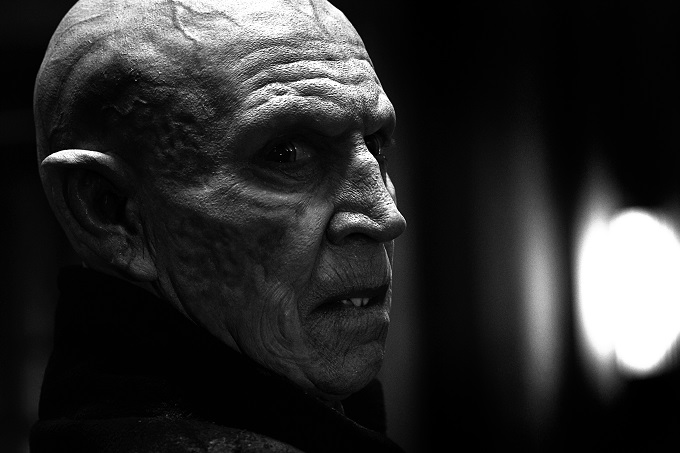 While it was great to finally see these characters once again, perhaps the best part of the episode is the first look at Eldritch Palmer as the Master. Wow. Wow. Wow! I must admit that I initially laughed at the idea of Palmer as the Master last season, and I especially laughed at his portrayal in the season 3 finale. Well, I couldn’t have been more wrong. With a very Nosferatu-like appearance and a commanding air about him, Palmer projects the perfect Master, one that is even more terrifying and menacing than the original Sardu in season 1. Regarding the decision to make Palmer the Master, Carlton Cuse explains, “No one makes a successful television series in a vacuum, and if Jonathan Hyde wasn’t as outstanding as he is we probably wouldn’t have done it. That said, as we were talking about that earlier over the seasons of the show, it became pretty clear to us that that was a really interesting, logical progression of where the Master would end up.

It’s particularly delightful because of how annoying it would be for Eichorst. Ultimately, Palmer as a character, combining his innate human evilness with this evil, parasitic creature felt like we wouldn’t be able to do much better than that. The answer is it’s really both. But it really required not just the conceptual idea, it required also a conviction that the actor was extraordinary and would be able to really pull it off, which Jonathan absolutely did. He reveled in it. It was great. It was a really fun thing.”

Will Palmer remain the Master until the very end? Given how well-suited he is for the role, you would think so, but the Master himself may not be in agreement. “I created this vessel out of necessity, not out of choice,” the Master explains to Eichhorst on choosing Palmer. And, while the Master does have his eyes on Zack for the part, he also says that once Eph and the others are found and destroyed, the boy will no longer be needed. Let the speculation begin on that one.

A few other teasers from the season opener:

The premiere of The Strain’s fourth and final season is titled “The Worm Turns” and airs tomorrow at 10/9c on FX. 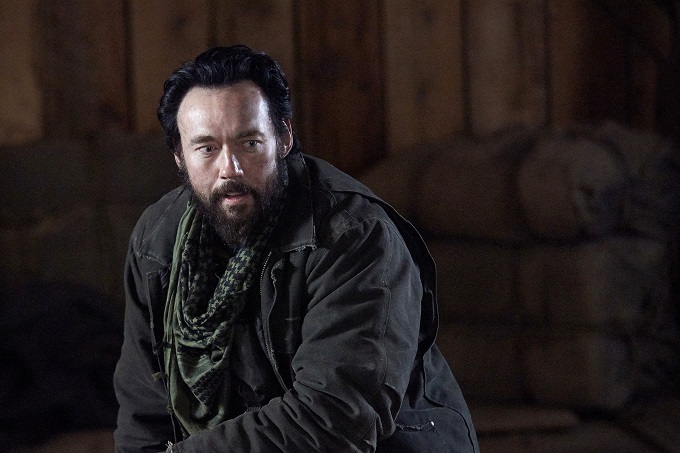 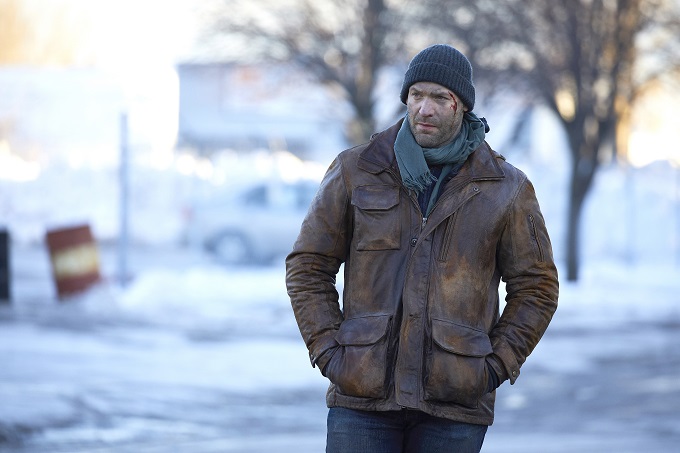