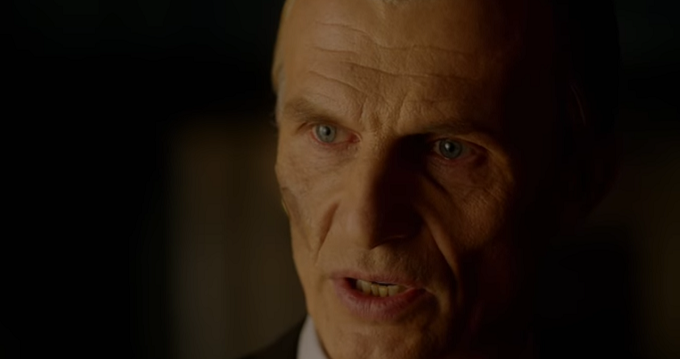 As we’re going into the 7th episode of the final season of The Strain this Sunday and looking back on the season thus far, I think the perfect metaphor would be a raging rollercoaster. Episodes 1-4 were more of a build-up, kind of like your rollercoaster car slowly, inch-by-inch making its way up that monster of a hill. Then came the magnificent, superbly-written episodes 5 and 6 depicting Quinlan’s star-crossed relationship with Louisa and her daughter, Lydia., which could be viewed as when you reach the very top of that hill. For a moment, everything is peaceful, everything is perfect, as you look out at the breathtaking view from hundreds and hundreds of feet up in the air. Then, it hits you — OH SHIT!! Well, this Sunday is that “Oh, shit!” moment when your rollercoaster car plunges downward at a speed you didn’t think was possible, nearly stopping your heart and taking your breath away.

Unfortunately, I’m not going to be able to say much here because trust me, you don’t want to be spoiled on this episode. However, here’s a few tidbits. First, as I had suspected and as is hinted in the below trailer, Eichhorst (Richard Sammel)  gets his ass chewed out by the Master (Jonathan Hyde)  for his continuous string of f*ck-ups. Losing Dutch Velders. Letting Setrakian escape. Not being able to locate Dr. Goodweather. And on and on and on. Here we have the very narcissistic Eichhorst, so stuck on himself, so used to being in control, and he is berated and forced to his knees like a 6 year-old who had disobeyed his father. It’s actually quite comical, and given that the majority of the episode is on the serious side, I found it to be very welcome.

Elsewhere, Setrakian (David Bradley),  well, he’s on the verge of losing it. Given that he already had a bad heart to begin with, those experiments at the Partnership research facility certainly didn’t help. His condition is worsening, he knows his time is running out, and he’s desperate to find a fast-track solution to end the Master. So, after Dutch (Ruta Gedmintas) is successful in retrieving the Lumen, he begins to comb throw the pages — almost obsessively — for clues. The title of the episode is “Ouroboros” which refers to an ancient symbol of a serpent or dragon eating its own tail. This turns out to be important because Setrakian has an epiphany and remembers this being mentioned in the Lumen. He also recalls the delusion he had at the Partnership facility of the snake and now believes that was a sign that this is the key. That the “face of God” doesn’t mean a nuclear bomb but instead, is referring to this. Hmmmm….is Setrakian right, or is this just a delusion of a desperate, dying man?

Besides this, what else can I say? Well, one character demonstrates just how selfish and foolish he is, completely underestimating the Master, which ultimately proves to be a fatal mistake. Another character is introduced to the Master by Eichhorst (presumably for the first time), and our hope is perhaps this character will grow a set and prove to be valuable to our heroes later down the road. And, finally, yet another character shows the arrogant Eichhorst what a true “warrior” and “honorable death” look like, thus crushing the Nazi’s words from last week’s episode that all humans are weak and just out for themselves.

So, everyone, you have about 36 hours. Get the bourbon and shot glasses ready, hold onto the rails and prepare for the ride of your life. 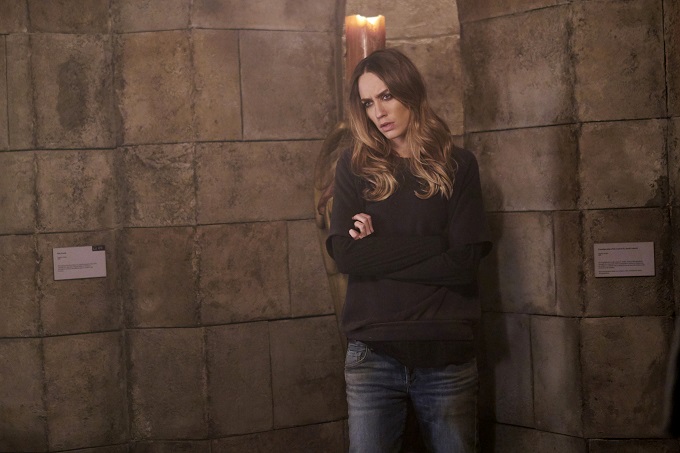 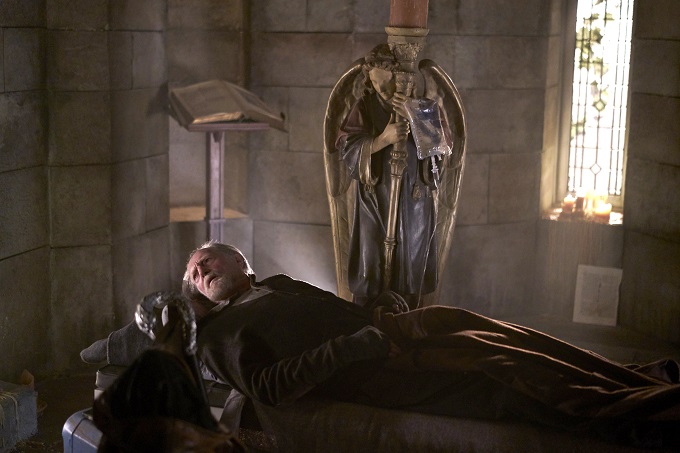