P.T. Westmoreland Is Revealed And A Tearful Good-bye To [SPOILER] In Orphan Black “Clutch Of Greed”

Warning: Major spoilers for those who haven’t watched episode 5.02

This past October, it was formally announced that The Strain alum, Stephen McHattie,  had been cast as the 170 year-old Neolution founder, P.T. Westmoreland. However, even with a real actor now being tied to the mysterious figure, a good deal of the fandom continued with the theory that Westmoreland was simply a myth, a mere name behind Neolution designed to keep its followers in line. Well, from what we see in tonight’s episode, P.T. Westmoreland is very real — or if he’s not, it’s one hell of a con.

After Cosima was administered the treatment last week, P.T. finally decides it’s time for the two to meet. And, when Cosima enters the daunting house up on the hill, the entire atmosphere jives with the notion that the inhabitant is someone who has lived a very long time. A phonoautograph from the 1800’s playing early era music. A black and white photo of Westmoreland with Sir Arthur Conan Doyle taken in 1894 (and, yes, a real photo of McHattie is inserted into the pic!). Given that Cosima is a scientist and studies genetics, you would think she would be fascinated by Westmoreland. Perhaps ask for a blood or tissue sample maybe? Oh no, and instead, almost the complete opposite happens. Westmoreland would like Cosima to stay on and work in the lab on the island, and while she seems humbled by the fact that she’s now talking to her creator, she respectfully declines. However, Westmoreland doesn’t give up so easily, and by the end of the conversation, appears to have convinced Cosima. 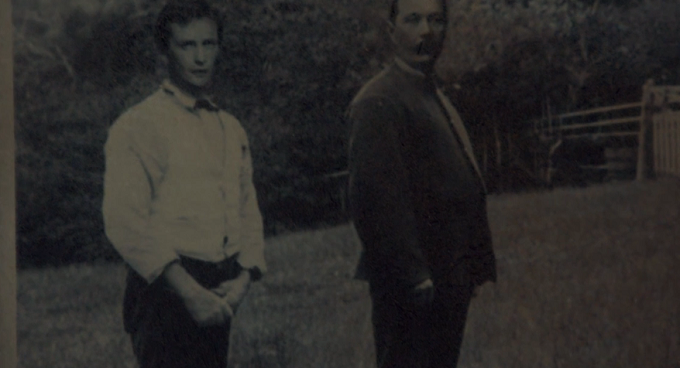 I have been a fan of McHattie for years and literally squealed when he finally stepped out from behind the curtain as Westmoreland. However, that was overshadowed by the heartbreak that came soon after. With Westmoreland putting Rachel in charge, she does a complete 180 with her approach to her sisters and the people who are helping them. She puts on the velvet gloves and makes Sarah (Tatiana Maslany)  a very simple offer — everyone can go back to their lives as they were before, but Sarah must allow Kira (Skyler Wexler)  to routinely visit Dyad so that she can be studied. Nothing invasive, Rachel promises, they simply want to understand what makes Kira so special. Felix (Jordan Gavaris) can go home. Mrs. S  (Maria Doyle Kennedy)  can go home. Kira can return to school. And, all the sisters can finally stop running.

Rachel is offering everything that has been taken from you. Is this Sarah Manning finally ready to behave? — Ferninand to Sarah

Without having any other options, Sarah at first reluctantly agrees — at least until she gets home and completely flips out. She tells Mrs. S there is no way she can go through with it, but as it turns out, Felix has been busy. Scott’s little plan of luring MK out in the online game works, and he has been communicating with her through one of her avatars. MK says that if Sarah can can break Kira away from the goons that have been watching Mrs. S’s house and following her, then she can hide Sarah and Kira out. However, there is one bit of bad news. It appears that MK is now sick and has been this way for some time. But, no worries, because Sarah says that they can get her to Scott, and he can administer the same treatment that was given to Cosima. Sounds like a plan, don’t you think?

Yes, it does, and it might have worked had it not been for one very nagging problem — Ferninand (James Frain).  That son of a bitch, I swear Sarah should have lit him up when she had the chance last season! Rachel is supposed to pick up Kira at school the following day, and that is when Sarah makes her move. Dressed up in Rachel drag, Sarah arrives at the school early to pick up Kira, but unfortunately, Ferninand sees the entire thing unfold. Sarah hands off Kira to Mrs. S and Felix and then, heads over to Felix’s loft where MK is hiding out. This is when things start to get really ugly.

One thing to note here is Ferninand is horny as hell and very angry, which will turn out to be a deadly combination. Ferninand thought he and Rachel could just continue with their masochistic trysts, but as it turns out, Rachel is a changed woman since her new appointment by Westmorland. She’s not really interested in the sex games anymore, and that has made Ferninand furious, especially given how much he has given up for Rachel. So, when he arrives at the loft, he’s out for blood. So, in a desperate — but selfless — move, MK tells Sarah to exchange her clothes with her, so that Ferninand will think she is Sarah. So, Sarah leaves wearing MK’s garb, and MK is left wearing the Rachel wig and bodywrap. I’m not sure whether MK knew what was about to happen, but I can guarantee you the fandom won’t (and neither did I!). 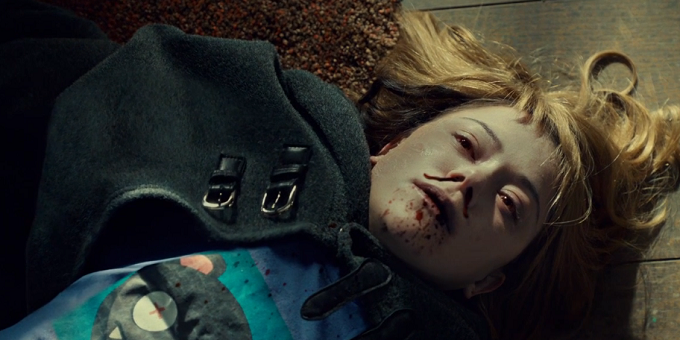 When Ferninand finally breaks through the door and sees the Rachel wig and clothes, all of that bottled-up anger towards Rachel literally boils over. He throws MK to the floor, jumps back up and then, stomps her to death. Oh. My. God. Oh, my f*cking God!

While I think most of us knew going into the show’s final season that it was very unlikely all of the clones would survive, this is still shocking especially since it’s only the 2nd episode of the season. Plus, come on, it’s MK! Sarah, Allison, Cosima and even Helena knew what they were getting into with going up against Neolution, but all MK wanted all her life was to simply be left alone. In many ways, she was the innocent one in all of this, and that is why her death hurts even more. RIP MK, sweet girl. You can finally rest now.

So, what does everyone think? Well, I personally think (and definitely hope!) that Sarah’s next order of business should be to track Ferninand down and give him the most horrible death imaginable. No f*cking mercy! You don’t kill a sestra on this show without major consequences! But, besides that, what about P.T. Westmoreland? Is this guy really on the level, or is there more to it than meets the eye? Given Delphine’s (Evelyn Bronchu)  surprise visit to Mrs. S in the middle of the night and MK’s cryptic comments about the man before her death, I’m betting on the later.

The final season of Orphan Black  airs Saturdays at 10/9c on BBC America.