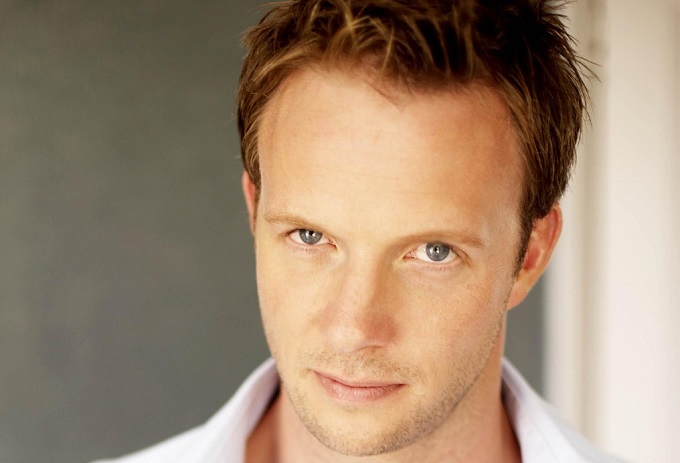 Warning: Trilogy and comic-book spoilers ahead

If you’ve kept a close ear to the hype surrounding the The Strain, you would know that most fans were expecting trilogy fan-favorite, Mr. Quinlan, to make his big entrance around mid-season — actually episode 2.07 which is titled “The Born.” Being a human/strigoi hybrid and “born” from an infected slave girl, Mr. Quinlan had been dubbed “The Born” in the books, thus leading viewers to believe episode 2.07 was going to be the character’s big introduction.

Well, it appears the writers of the show pulled a fast one on us, and I think we all fell for it, hook, line and sinker — myself included. Instead of the August 23rd episode, Quinlan was introduced in the very well-executed final scene of tonight’s episode “Quick and Painless,” and if the reactions I’ve seen on Twitter and other social media are any indication, the unexpected surprise sent a jolt through the vast majority of the fandom. Hell, when I screened the episode earlier in the week and the hooded figure with striking blue eyes emerged from the shadows, I screamed a very loud ‘Holy $%%^%&!’ and leaped from my chair.

However, after that initial shock subsided, I also realized that after the Vaun/Quinlan switch, some fans may be reluctant to accept the character as the beloved Dhampir and may think this is yet another “trick.” So, I decided to contact the network and fortunately, was able to get confirmation — this new bad-ass is, indeed, Mr. Quinlan and is portrayed by the immensely talented and very celebrated British actor, Rupert Penry-Jones. 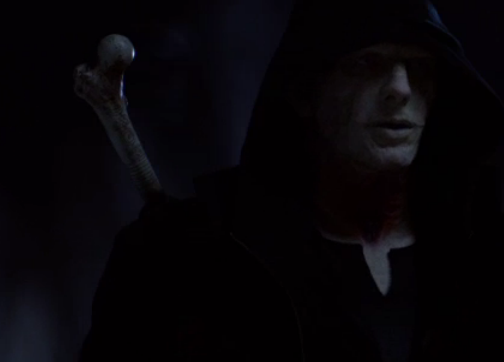 So, who is this handsome fellow under all of that make-up? I would very interested to see how many viewers of the show had heard of Penry-Jones, because I know I didn’t. But, once I looked him up and sampled some of his work, I quickly realized this is likely going to be similar to Danish actor Mads Mikkelsen arriving on the U.S. landscape in the leading role of NBC’s Hannibal. A name and a face barely known outside of Europe, Mikkelsen has become a household name and megastar in the U.S. thanks to that pivotal role. And, after landing probably the biggest role in one of the top dramas on cable television as Mr. Quinlan, I envision the same thing in the future for Penry-Jones.

Although Rupert has guest-starred in dramas such as STARZ’s Black Sails, he is known primarily in the UK, starring as Adam Carter in BBC One’s spy drama Spooks, as Clive Reader QC in BBC One’s legal drama Silks, and as policeman Joseph Chandler in the ITV murder mystery series Whitechapel. He has also made a name for himself in theatre, making his London stage debut at the Hackney Empire theatre in 1995 playing Fortinbras to Ralph Fiennes‘s Hamlet in an Almeida production of Hamlet.

So, there, my Strainiacs, is your Mr. Quinlan! Am I excited? Well, hell, yeah! And, you all should be too! I can’t imagine an entrance more profound than landing in a private jet, tearing through a reinforced security fence like it’s tissue paper, and then, casually riding away in a black Sedan — all without saying a single word.

And, Rupert? You have taken the 1st step into one of the best and most loyal fandoms on television, and you’ve entered as one of the most beloved and bad-ass characters in the book trilogy. Hang on tight and enjoy the ride, as I’m sure I, as well as the rest of the viewers, will.

Rupert is on Twitter, and so be sure to follow him @rpenryj. And, don’t be shy about showing him your fan love because he’s officially part of The Strain family now.

There is also a fantastic fan website called “Regarding Rupert Penry-Jones” that will tell you all you ever wanted to know about this wonderful actor.

Let The Fans Rejoice!, The Strain Renewed For Season 3 By FX

To The Fans Of “The Strain”: Co-Creator And EP Chuck Hogan on Vaun, Quinlan, And What’s To Come [Exclusive]