Warning: General spoilers ahead If you had the gut feeling last week that Cole, Ramse, and Dr. Railly were at a crossroads and a wedge was slowly going to pull apart the trio, you were 100% on spot. While Ramse ...Read More »

Warning: Spoilers Ahead We’re down to the final 3 episodes, and this is about the time when all the fans start getting worried about their favorite characters. It’s even worse with Bitten because it’s the final season, and so, basically any character ...Read More »

Warning: General Spoilers Ahead Man, that was one intense episode last week, don’t you agree? Jeremy was only trying to do a good thing and find a way to save Sasha and his family’s lives, and in the end, the ...Read More »

As I had said in my Advance Preview, tis the season for some really strange blood tie reveals. First, we had the Sasha (John Ralston) and Elena (Laura Vandervoort) father/daughter bombshell in the premiere episode. And, then, last week we learn that ...Read More »

Warning: General Spoilers Ahead Tis the season for some really strange blood tie reveals. First, we had the Sasha and Elena father/daughter bombshell in the premiere episode. And, then, last week we learn that Konstantin is a little more than ...Read More »

Warning: Spoilers Ahead I think the general consensus from last week’s episode is that the action and suspense were kicked up 10 notches in a matter of minutes. Well, buckle down, folks, and prepare yourselves, because it’s about to be ...Read More »

Warning: Spoilers Ahead Okay, all you viewers out there who may have complained a little bit about the past couple of episodes, get ready because Sunday’s episode will make up for it 100 times over. Seriously, every last minute is ...Read More »

Warning: Spoilers Ahead Tomorrow’s episode is one that will sneak up on you if you let it. You know, starts off really slow, makes you believe that nothing major will happen, and then boom — a ton of bricks comes ...Read More »

Last week, we saw Palmer (Jonathan Hyde)  puff himself up into a arrogant fool when he told Eichhorst (Richard Sammel), “I’m not one of his foot soldiers. I’m the Master’s partner.” Immediately, Eichhorst shuts Palmer down and warned him that it may not be ...Read More »

The Strain: Top 5 Reasons Why I’m Thankful For This Show 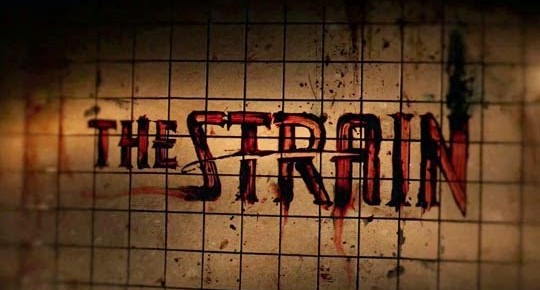 Tis the season to be thankful. Looking back on this year, I came to realize that I am thankful for the great joy some of the fantastic shows on television have brought me. And, at the very top of my ...Read More »