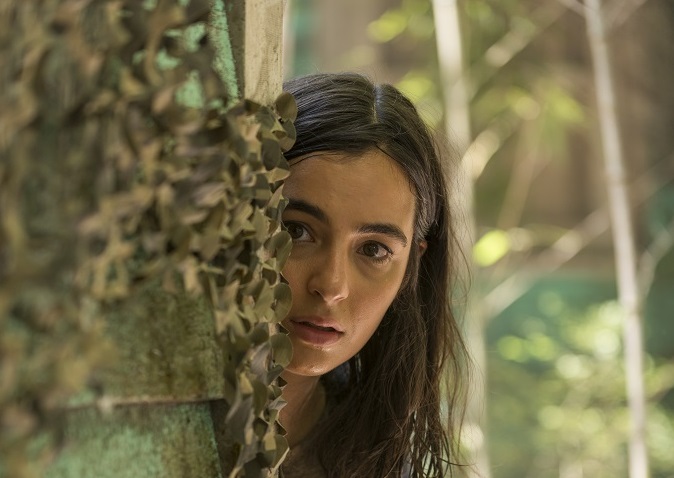 With the past few episodes spent checking in with the various individuals and groups whose lives have been turned upside down by Negan and his brutes, we finally get an update this Sunday on the last two, Tara (Alanna Masterson)  and Heath (Corey Hawkins). After the airing of last week’s “Go Getters,” I was very surprised to see people labelling the episode as “filler.” I think most of us who are familiar with the comics know full well that what happened at the Hilltop is far from trivial and will have a long-reaching impact in moving the plot forward as the season progresses. However, with this reaction, I think it also means that viewers will likely label this Sunday’s Tara/Heath bottle episode as filler as well, but I can tell you with a fair degree of certainty that is not the case. So, pay attention, tuck away what you learn, because chances are, we’ll be circling back before the season is over.

Very similar to the season 6 premiere, the episode begins in present day with Tara lying unconscious on a beach, and from there in a fantastic series of flashbacks, we see the events leading up to her being separated from Heath and plunging over a bridge. A mysterious stranger leaves food, water, and a spear for Tara, and when she regains consciousness, she follows the woman back to her camp which is nestled deep inside the forest and brush. After Tara is quickly discovered spying on the community, she learns that they are a group exclusively of women and that all of the men had been killed by another group they were in conflict with a while back. After the men were killed, the women and children fled, and since then, have become very skilled fighters and have built up quite an arsenal of weapons (for the avid comic-book fan, these people may remind you of “Oceanside,” the group whom Michonne ultimately joins). What’s more, to protect themselves and to make sure they are never found by the people they were at war with, this group normally kills any stranger they come in contact with — which would include Tara. However, one of the women, Cyndie (Sydney Park)  — who is also the granddaughter of the group’s leader, Natania (Deborah May) — isn’t like the others and doesn’t believe in applying the rule absolutely (she’s also the same woman who leaves the food and water for Tara in the opening scene). 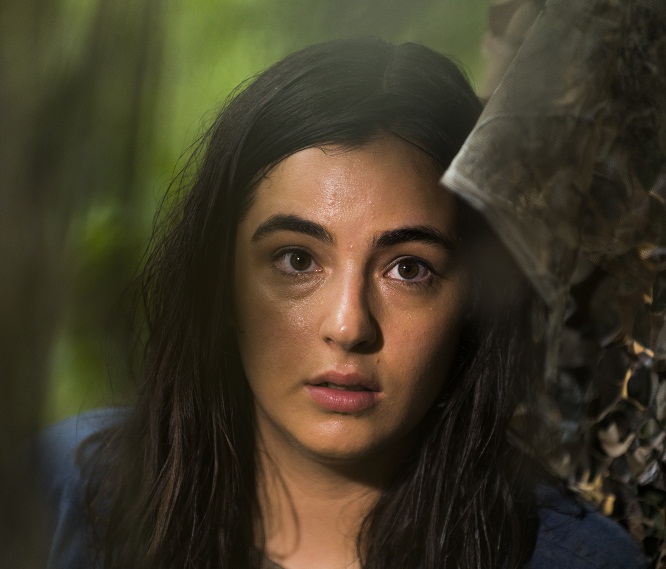 While the arc includes a wide myriad of characters, the episode is really a story about Tara and Cyndie and the bond they ultimately form. When Tara asks, “After everything that has happened, why haven’t you changed?,” Cyndie’s response is quite simply, “Why haven’t you?” So when the group finally decides that Tara poses too big of a risk (and you will definitely understand why when you watch the episode), it’s not surprising that Cyndie goes against her comrades and her own family and tries to help. And, in return, she asks Tara for only one thing — she must never tell anyone, even her own people, about their community. In fact, Cyndie pleas with Tara to “swear,” thus the title of the episode. Without thinking too much about it, Tara does swear, but remember she has been on a supply run since that attack on the Saviors’ outpost last season, and so, she has no idea about everything that has happened, including Denise, Glenn, and Abe being killed. And, when she does, will Tara keep her word even though Alexandria now is in desperate need of weapons and ammunition? I think what Heath says in the below Sneak Peek is quite telling and quite ominous of things to come.

I get it now. If it’s you or somebody else, you choose you. You take what you can, you take out who you have to, and you get to keep going. Nobody’s in this together, not anymore — Heath

As I had mentioned, this is a big character development episode for Tara, but I’m sure some of you may be wondering about Heath. Yes, he and Tara get separated, but then what? Was he killed? Or, did he make it? Umm….well…the answer is “No,” “No,” but also “Maybe.” Clear as mud? Trust me, you’ll understand what I mean when you watch. All I can really say is Heath has checked out — at least for the time being — while Corey Hawkins goes and becomes Eric Carter on FOX’s 24:Legacy. What happens next with his character? Only time will tell.