The Strain: First Look At Incognito Eph in “Quick And Painless” 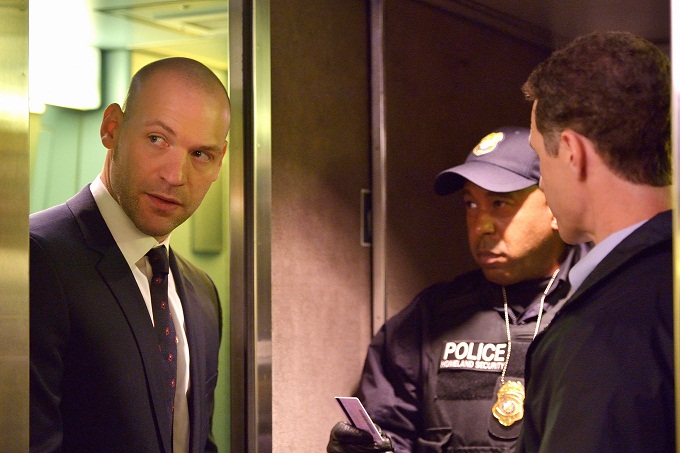 Last week, Dr. Goodweather (Corey Stoll) had moderate success with his strigoi “plague,” to everyone’s surprise. Good news — it quickly spreads to any strigoi the infected has contact with. Bad news — it kills the infected way too fast, thus making quick transmission virtually impossible. It sounds to me like Eph and Nora need to head back to the lab and start working on the virus’ defects, right?

But, no,  Eph pushes forward with the very stupid (at least in my opinion) decision to make the trip to Washington D.C. and kickstart the process of getting his strigoi plague mass-produced. Well, he’s a wanted fugitive, and so, he really can’t do something like board a train without everyone recognizing him. So, his first order of business is to get a new look, which means bye-bye to his hair (actually bye-bye to the wig).

Below is the very first image from FX of our “incognito Eph.” Pretty slick, Dr. Goodweather! You clean up very nicely. But, will this disguise be enough to get him to Washington, D.C. unnoticed? Not quite, as Eph, unfortunately, runs into an old foe, and the reunion doesn’t go very at all.

You can also check out my Advance Preview of the episode by clicking here.