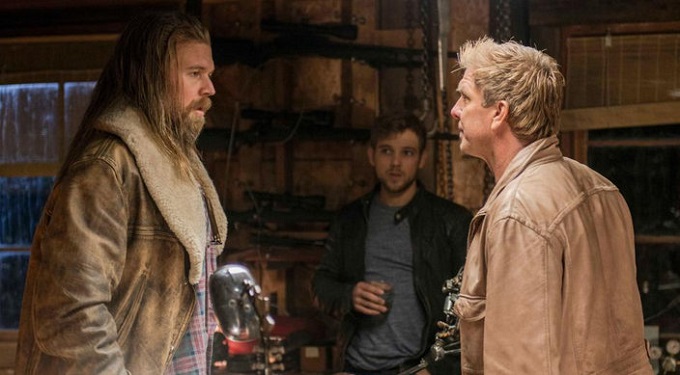 Still reeling from the shocking ending of last week’s Bates Motel? Yeah, I am too. Norma (Vera Farmiga) has flipped out many times in the past, but packing her bags and leaving her 2 sons standing? This was a completely insane move on her part, and I can’t wait to see the fallout in tomorrow’s episode. What will Dylan do next now that he has alienated his mother? Will he still allow Caleb to stay at the farm or will he kick him out? If Caleb has to leave the farm, will he go down the dark path and join forces with Chick? And, what about Norman (Freddie Highmore)? I could be wrong, but I could swear this may be the first time Momma’s Boy has been apart from his Mother. We have already seen Norman becoming more and more unhinged this season — will this push him over the edge?

I was fortunate enough to participate in a press conference call with series stars Max Thieriot (“Dylan”), Kenny Johnson (“Caleb”) and Ryan Hurst (“Chick”) about last week’s pivotal episode, the Dylan/Caleb/Norma triangle, the mystery behind Chick, and more.

QUESTION: So Dylan has kind of run the gamut since this character was introduced and now for lack of a better way to say it, he’s the more favored brother. Can you talk a little bit about Dylan’s arc since he arrived and kind of where he is now? 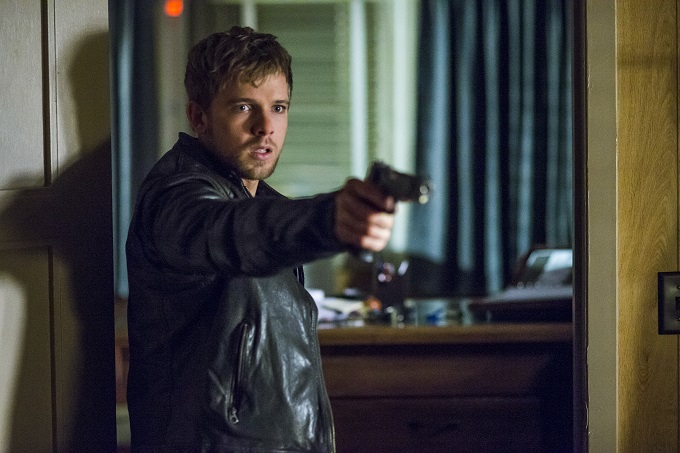 I didn’t get it from the beginning and my initial thought was, ‘Wow, everybody’s going to hate this guy.’ [I mean] I show up and I’m a total dick to everybody. What’s redeeming about this guy?

But, you know, Carlton and Carrie really kind of know what they’re doing and had an obviously a bigger picture and plan and he said, ‘Look, it’s all going to change and he’s really going to kind of evolve.’

And so he gives I guess a little sense of hope — that like something good can come out of all this.”

QUESTION: And for Kenny, I have to say the scenes that you all have with each other, they make me sort of worry desperately about Dylan and Caleb’s sanity and safety at all times. You guys are so good when you are together. So I have to ask for Kenny, how is it for to walk this fine line as Caleb has become much more sympathetic while also admitting to some horrible behavior? Can you talk a little bit about playing that role? 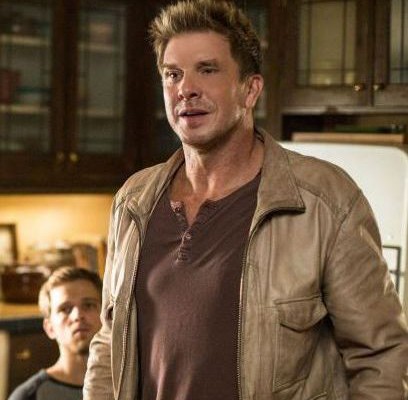 Kenny Johnson: “When I first started watching the show, I was a huge fan of it and one of my favorite characters was Max’s character because I didn’t know anything about him.

He was that mystic to the whole thing and I think it’s pretty amazing where his character has come and how like you say, he’s bonded now with Norman and Norma more. He just seems like he’s this opened vessel right now. You feel so much through.

And I think he’s doing an amazing job. You know, for me with Caleb, I just wanted to humanize him. I thought don’t look at him as what everybody keeps saying he is.

Look at him as a human being who obviously has made this pretty horrific mistake back in the day and not really having to explain the circumstances around it or what lead up to it or defending himself.

He’s just trying, I’m not going to say redeem himself but do some good while he’s still here. And he’s obviously got a conscious that made him come back to this place and found out he had a son.

And now he’s trying to find some sort of something. I think he’s still searching himself for some kind of forgiveness and it doesn’t mean that he has to be forgiven but he’s a human being so I just try to humanize it for myself as much as I can without judging it.”

QUESTION: Very excited to see Ryan this season on. Loving your character. Can you tell me what you like about your character’s development because, well Ryan, you’re still pretty new as far as a cast member? 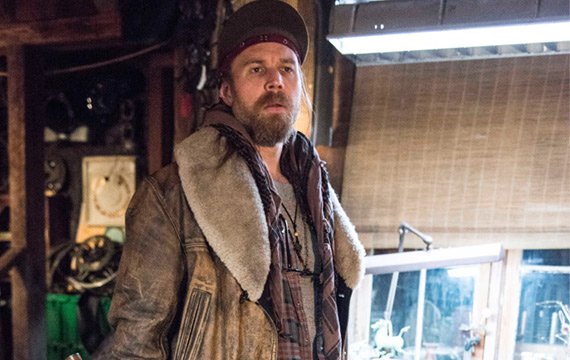 Ryan Hurst: “I’m always a fan of characters, whether they’re large or small, that bring in emotion that’s a little difficult to capture, and ambiguity I think is the name of the game when you’re talking about a mystery or thriller.

And to kind of being in that space of knowing of the interaction between the characters and also with the audience they don’t emotionally quite know where to stand with somebody. Whether to trust them, whether to be afraid, whether to not be afraid, so that’s what I like most about Chick. And that he gets to wear cut off shorts and wool socks.”

QUESTION: How much of everything that Dylan has been told about his father, how much of all that about Caleb do you think he actually believes at this point?

Max Thieriot: “That’s hard. I think in the beginning obviously he didn’t believe all that much of it because Norma definitely has a way of being very dramatic and of making up a lot of stuff.

But you know, obviously when they have the conversation when they sit down at the table out at the farm, he asks him straight up, and Caleb is honest.

Even with a little bit of a dark side to him, I think Dylan can see Caleb’s heart and is able to see that like he’s being truthful and he’s being honest and sincere with him. I think he’s just able to see all the good that’s in him.”

QUESTION: What can you preview for us for the rest of the season? What’s something that people should look forward to?

Max Thieriot: “I think all the family dynamics just get tested even more. Carrie and Carlton have a great way of just going in these directions and then pulling you back into a completely opposite direction.

And it’s just the push pull type of thing is pretty amazing for the characters and also the family dynamic. I’m always just fascinated and intrigued by the family dynamic and they just push it about as far as I think they could, Obviously because it’s Bates Motel.” 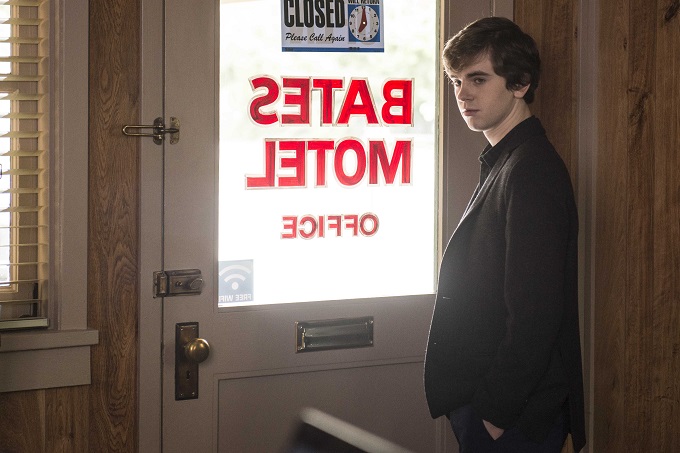 Kenny Johnson: “I think you can obviously expect a good cliff hanging finish, and I think everybody will be really excited to see it and will be shocked by it. And for me what’s kind of cool is this season we really start to see Norman begin to unravel.

It seems like every episode he starts to lose it just a little more and just a little more. So I think by the end of the season three, he’s changed a lot since season one and I think it’s cool because I think the audience is wanting to see happen.”

Max Thieriot: “I mean Freddy does an amazing job this year with his transformation, and I think he’s elevated it to a whole new place. And between now and the end of the season it’s just going to take you to yet again a whole other place.

One big question that was asked several times is what kind of showdown should we expect with Dylan, Caleb, and Norman after Norma stormed out last week, and obviously because none of them wanted to spoil the arc for us, they really couldn’t say much. But, fortunately, we won’t have to wait long, as we will find out pretty quickly in tomorrow’s episode. So, if that isn’t a big incentive to tune in tomorrow night, then I don’t know what is! In the meantime, check out our Preview of the episode below. 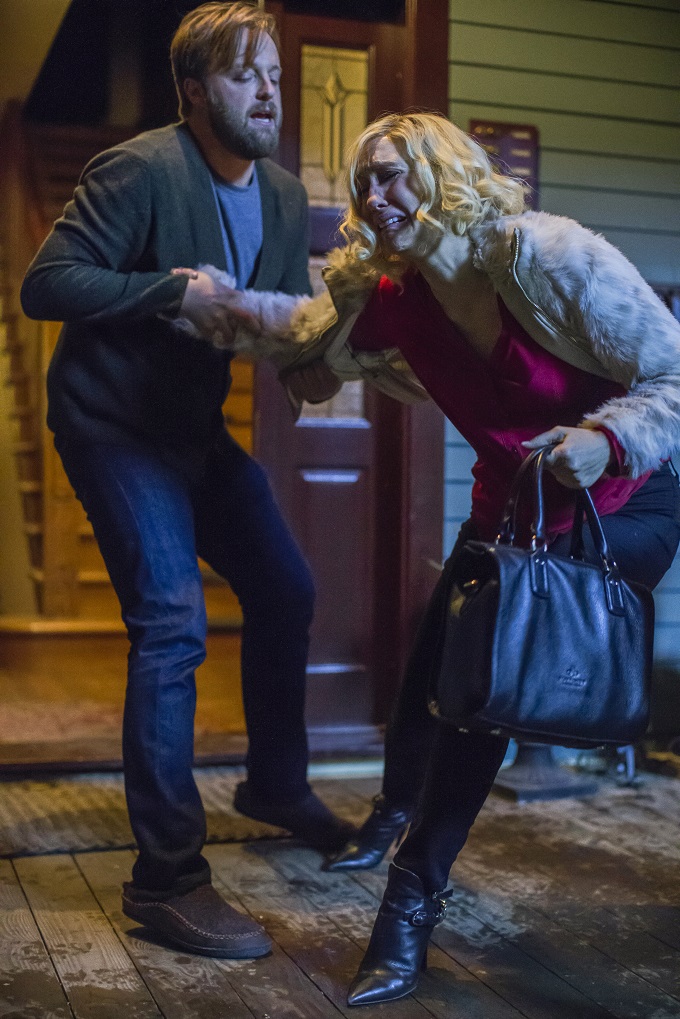 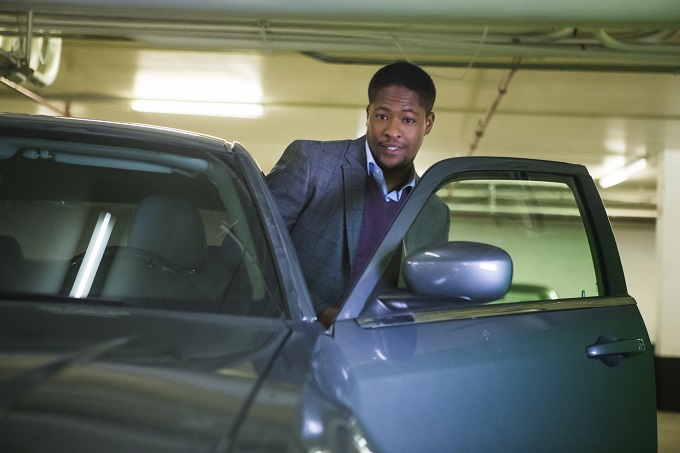 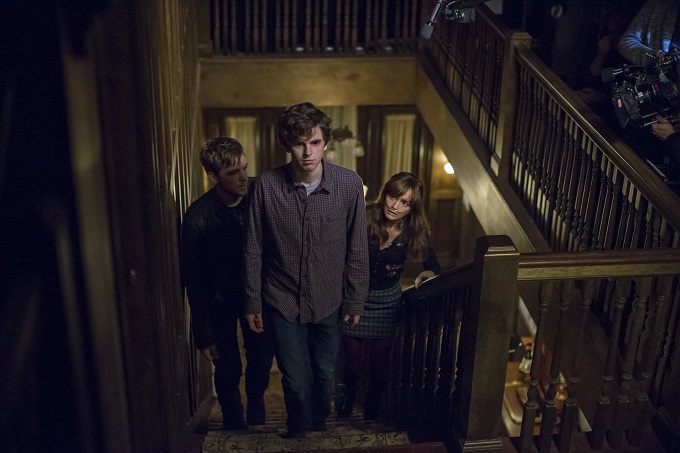 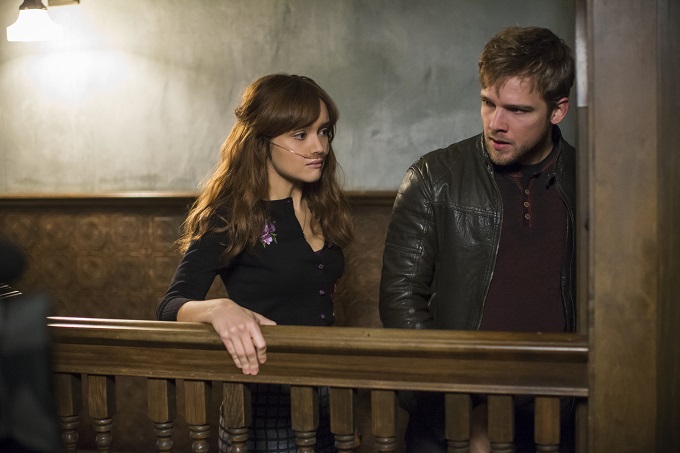 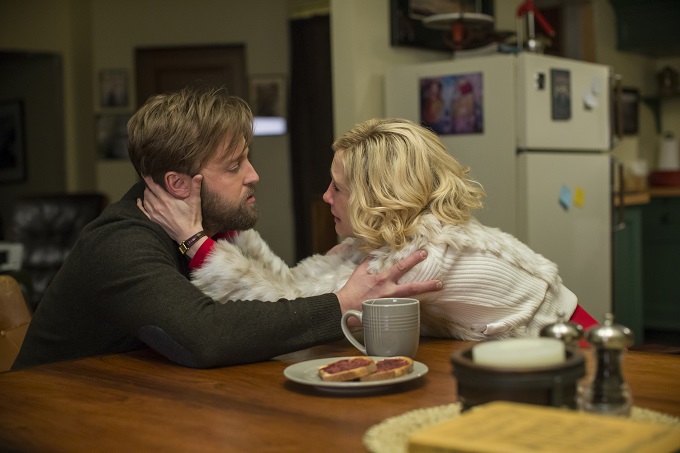 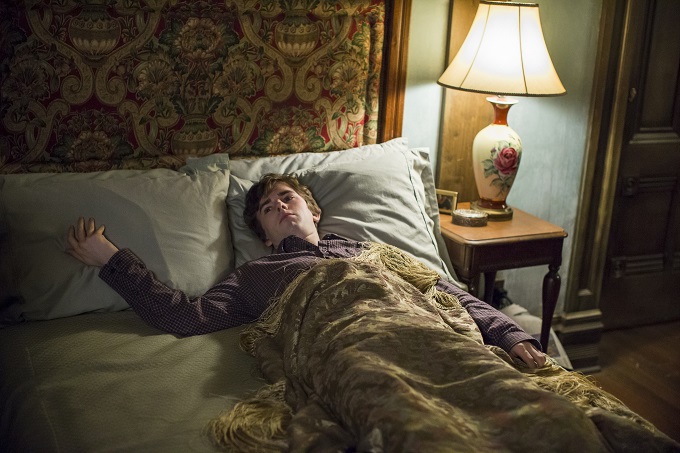