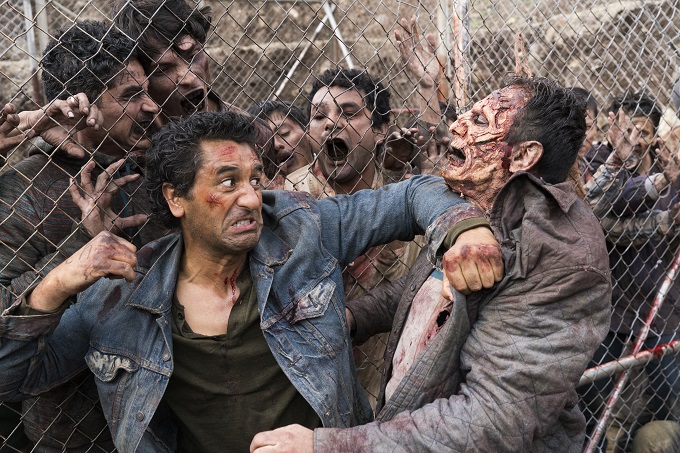 When season 2 ended last year, Madison Clark (Kim Dickens) and daughter Alicia (Alycia Debnam Carey) had reunited with veritable husband and step-father Travis Manawa (Cliff Curtis), a man overwhelmed with rage and grief in the wake of his son’s death. Meanwhile, Madison’s son Nick (Frank Dillane) and girlfriend Luciana (Danay Garcia) were surrounded by armed gunmen at the U.S.-Mexico border. Even farther up the road, Ofelia Salazar (Mercedes Mason) ran into a mysterious figure played by new series regular Dayton Callie, with whom Erickson worked with on Sons of Anarchy. As we will soon learn, Callie will be playing a man named Jeremiah Otto, who is the leader of a community of survivalists who were already well prepared for the apocalypse before it hit.

After a wait that seemed like an eternity, Fear returns this Sunday with a 2 hour and 10 minute premiere, and by the end of the 2nd hour, our heroes will end up at the survivalists’ compound dubbed Broke Jaw Ranch. This is put in motion by Travis, Madison and Alicia being captured in the opening sequence by a group of militiamen, who also happen to be part of the same group of armed gunmen that ambushed Nick and Luciana in the season 2 finale. They are taken to what appears to be a military base, and Travis is quickly separated from Madison and Alicia by the man who seems to be in charge, Troy Otto (Daniel Sharman).  Yes, for those with a keen eye, Jeremiah and Troy have the same last name and are indeed related, with Jeremish being Troy’s father. This is where things start to get a little weird. Travis is taken to some type of holding cell where his height, weight and other measurements are taken and written on his body with a black sharpie. Um, WTF? Also in the background, you can hear screaming in Spanish, gunshots, and then, laughter afterwards. We later learn the gunfire, as well as the subsequent laughter, is coming from some of Troy’s men. All of this seems “off,” and you’ll quickly get the sinking feeling that something sinister may be going on at this base. The good news is Travis does find Nick and Luciana in that same holding cell, and so, they quickly begin plotting their escape.

In the meantime, things get just as weird with Madison and Alicia. They are locked in an office, and eventually, Troy drops in to “process” them. This entails interviewing them, with Troy focusing most of his attention on Madison, to the point where it begins to feel almost creepy. As in Norman Bates and Mother creepy. Troy also dodges Madison’s questions about Travis, which reinforces the suspicion that he’s developing an abnormal attachment/attraction for Madison. This forces Madison to make a bold move and take matters into her own hands, and without spoiling the details on how they get from point A to point B, this action ultimately puts the group on a course to leave with the militiamen and join the rest of the survivalists at the Otto ranch.

This puts us at the end of hour 1 of the premiere, and this is also when you should probably bring out the Tequila. Seriously, because you’ll definitely need it. I’m not going to say much about hour 2 except it features the mother of all shockers and will make you ask yourself the following day, “Did that really happen? Did they really do THAT in a premiere episode?!” Up until now, I had always felt that this show never really took risks, with the only major character killed off since the beginning of the series being Chris Manawa — and I think most of us saw that one coming anyways. Heck, even Daniel Salazar’s “death” fell flat because Erickson spilled almost immediately that Daniel was still alive and would be back, most likely in season 3. I’m not the only one who feels this way, either, and I think Erickson and the writing team finally got the memo. The premiere is terrifying, it’s gruesome, and then, when everything settles down and you begin to think all of our heroes are finally safe, BOOM, and those sadistic bastard writers pull the rug out from under the entire fandom. <Shaking fist> And, that’s all I’m going to tell you. Yes, I’m a sadistic bastard too, but you have been warned!

As for the other characters, we visit briefly with Strand (Colman Domingo) who quickly gets himself in hot water with Elena back at the hotel. Well, of course he does because otherwise, Strand really wouldn’t be Strand, right? And, finally what about the character that I’m sure everyone is wondering about — Daniel Salazar. Is he in the premiere episode? Unfortunately, no, but did you really think they’d jam all the shockers in 1 episode? Patience, everyone, patience. It won’t be much longer.

The 2-hour season 3 premiere of Fear The Walking Dead  is titled “Eye Of The Beholder/The New Frontier” and airs Sunday at 9/8c on AMC. 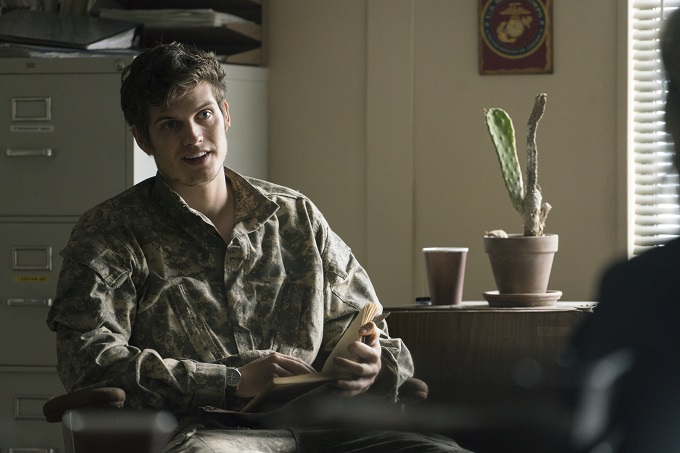 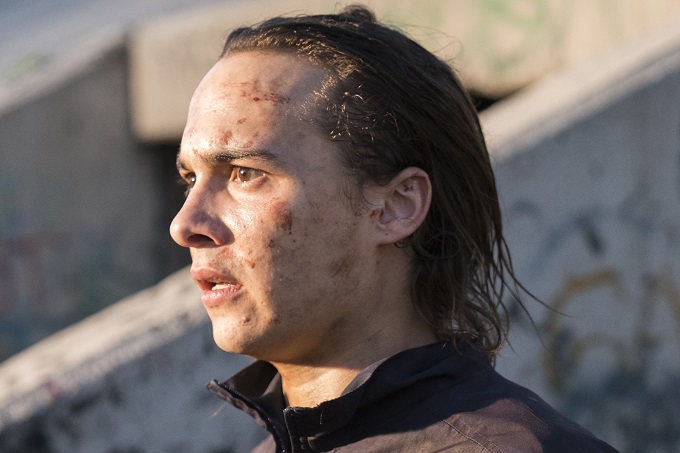 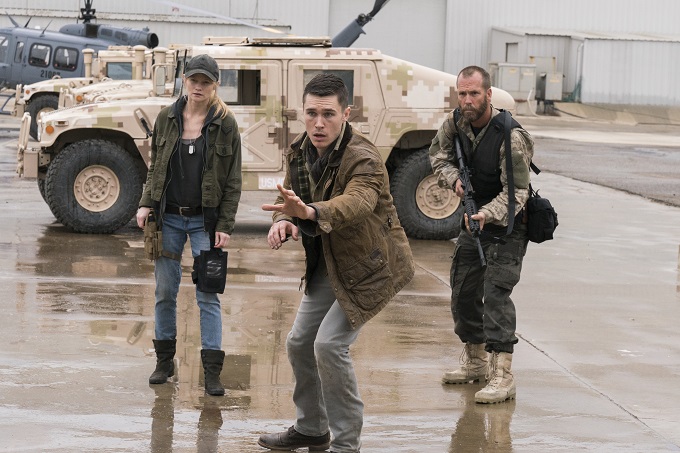 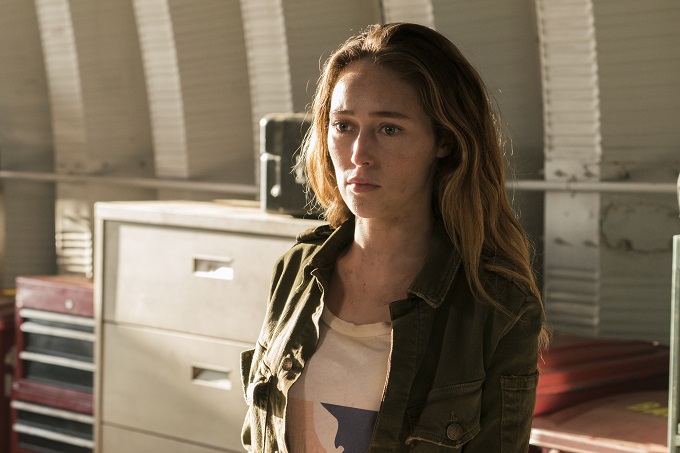 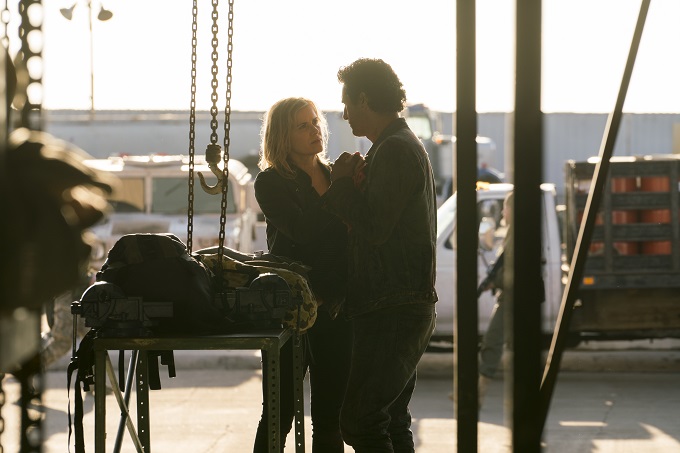 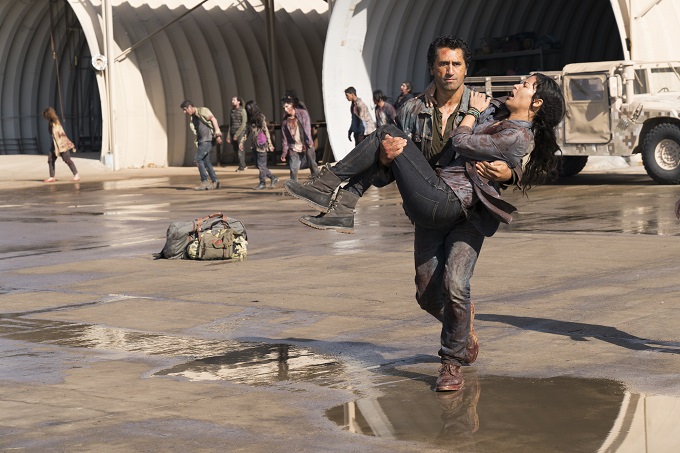 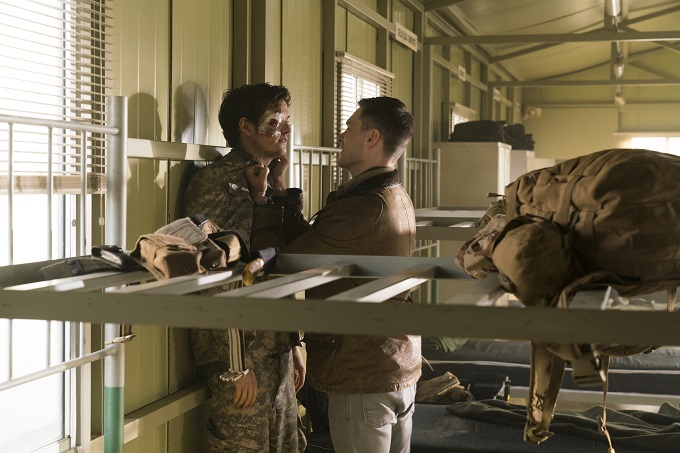 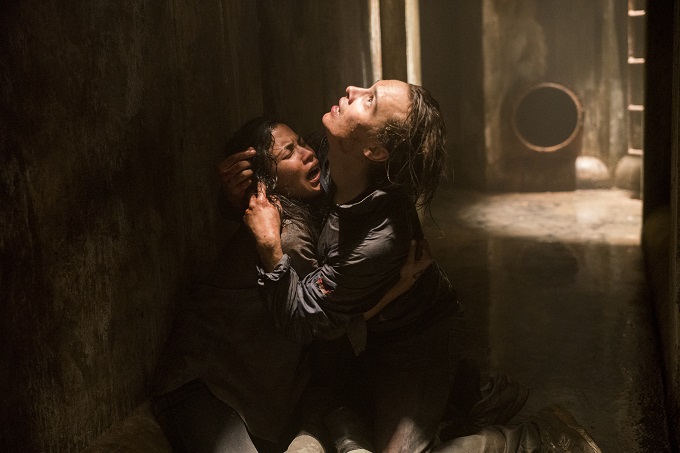 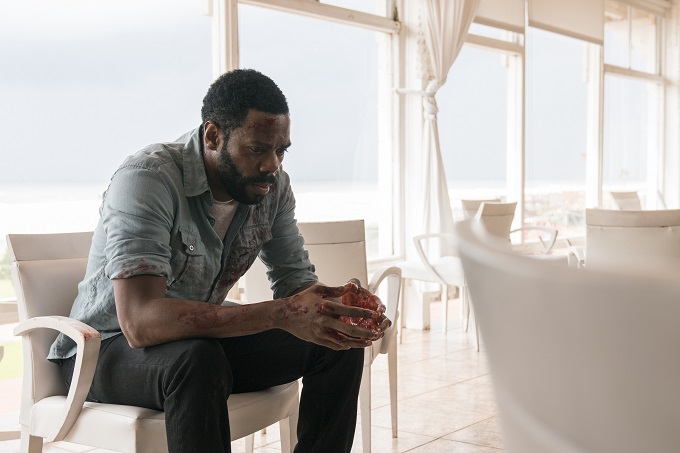 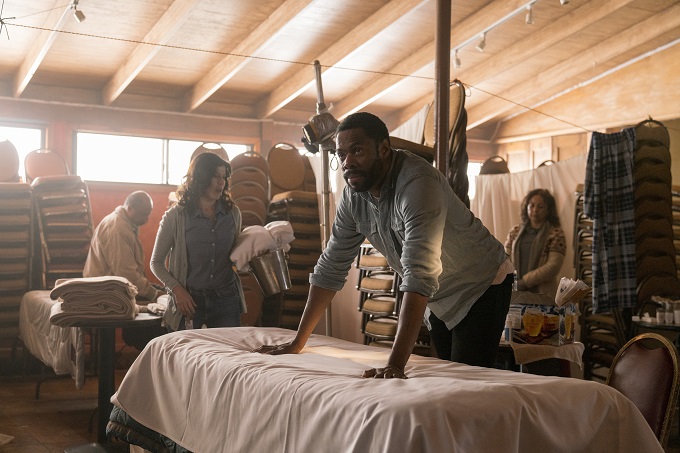