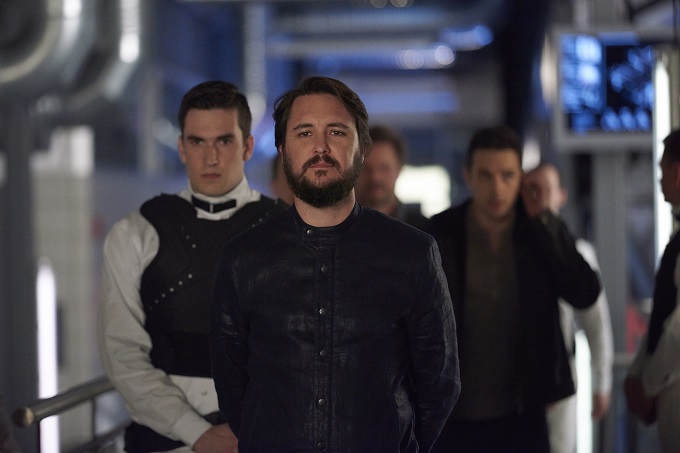 When I talked with Dark Matter Executive Producer Joe Mallozzi at mid-season, he made the following statement about the show’s season 1 finale:

“Episode 12 will be another character-centric episode where we actually delve into the backstory of one particular character. Then, finally, episode 13, the season finale, and I really can’t say much about this one except it will be pretty epic. I think once that episode airs, the messageboards and fan forums will be on fire.”

After having screened both episodes, all I can say is “No effin’ sh*t!” The first hour of the 2-part finale is focused on Two and her backstory and origins. This is the highly-anticipated episode where Sci-Fi veteran, Wil Wheaton, guest-stars and while it definitely has a surprise or two, nothing — and I mean NOTHING — could have prepared me for what comes next in the 2nd part.

In “Episode 13,” the crew of the Raza discover they’ve got a traitor in the midst, and with the Android being the first to be taken out of commission, they are left to their own devices to figure out which of their friends is actually the enemy. The entire hour is one huge build-up, with clue after clue after clue after clue about which of the 6 members of the crew is about to commit the ultimate betrayal. That’s really all I can tell you at this point, but I will say that in that final moment of the episode when the curtain falls and the Raza’s Judas is revealed, it will be so shocking that Mallozzi’s comment about the fan forums being on fire will, no doubt, be a massive understatement.

Earlier this week, I had the opportunity to participate in a press conference call with EP Joe Mallozzi and series stars, Melissa O’Neil, Roger Cross, Jodelle Ferland, and Alex Mallari Jr. on what to expect from this epic finale (and beyond. Fingers cross for a season 2!). Unfortunately for me, I screened the episode right before the call, and so, when my turn came up, my head was about to explode and the 1st thing I blurted was, “Joe Mallozzi, I cannot even believe you did that!” No joke, everyone, get ready because you’re going to be just as blown away come Friday. It turns out that the majority of the call discussed major plot points and what they may mean going forward, and so, all of that you can read about in Part 2 of the interview which I will be publishing after the finale airs.

However, there were a few non-spoilery bits in the interview, and hopefully these will hold you over until Friday.

TV GEEK TALK: Okay, I know what happens in the finale, but let’s pretend that I don’t. In 5 words or less, how would each of you describe the episode to the fans?

JODELLE FERLAND: “Wow, those are pretty good ones. I would say along the same lines. Basically, expect the unexpected because you’re not going to be able to figure it out.”

QUESTION: Can you all talk about working with Wil Wheaton?

JOE MALLOZZI: “We were actually shooting by an airport and the poor guy has to deliver this incredibly long monologue. He’d get into it and then 30 seconds in a plane would buzz the area and we’d have to cut and start over again. He ended up delivering an entire monologue in pieces, but he was super professional and super focused and just a very nice guy to work with.”

JODELLE FERLAND: “I knew we were going to have Wil Wheaton on the show, but I never got to meet him! I was so sad. What happened is nobody told me. I was at the computer at home after work, and I saw something on his Instagram of Facebook and it was a small piece of the Dark Matter logo and he was saying it was a hint of what he was working on. And I looked at it for a while and I thought that looks really familiar, then I was like, “Wait a minute!” Then I texted Joe right away and I was like, “Wil Wheaton’s on our show! Why didn’t you tell me?” I was very excited about it and hopefully I’ll get to meet him some day.”

QUESTION: What was everybody’s biggest surprise when you all read the finale script?

JODELLE FERLAND: “Every episode had something that shocked the team. Every time we got a script we just wanted the next one.”

ROGER CROSS: “These last few episodes, especially, we were just like, ‘Ahhh….'”

JODELLE FERLAND: “Yeah, and we were bothering Joe non-stop asking, “Please, please give us the next episode. Tell us what happens. You can’t do this to us!” but we got nothing out of him.

ROGER CROSS: “Except for that grin. That Mallozzi grin.”

MELISSA O’NEIL: “I was watching the finale on my iPad and yelling at the screen. So we better find out, we really better get a 2nd season. I want to know how it ends!”

Also, as of now, Joe and the cast plan on being on Twitter Friday and live-tweeting while the episode airs. This is something they’ve done in the past, it’s a lot of fun and given the magnitude of this season finale, this is something you definitely won’t want to miss. Below are the Twitter handles that you can follow:

The 2-hour season 1 finale of Dark Matter  airs Friday at 9/8c on Syfy. 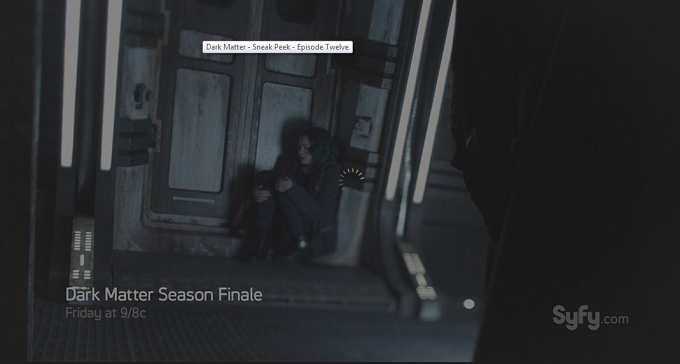 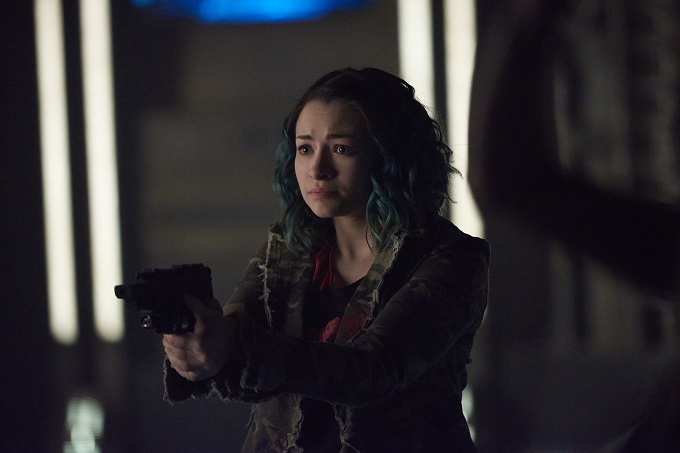 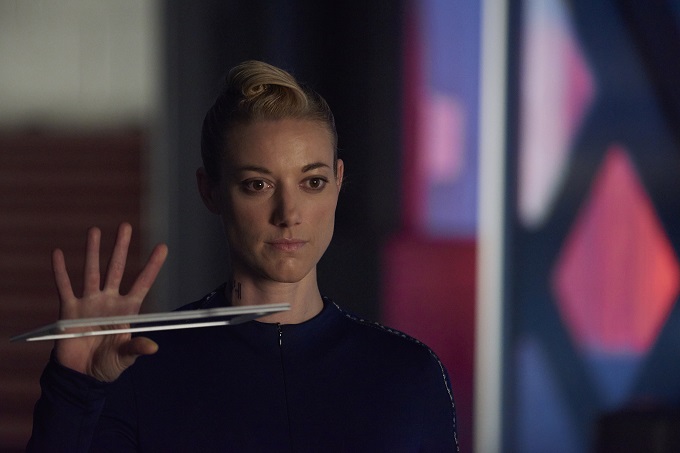 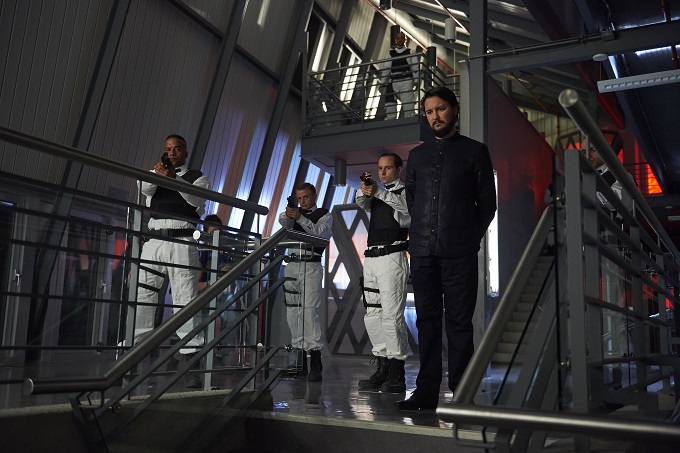 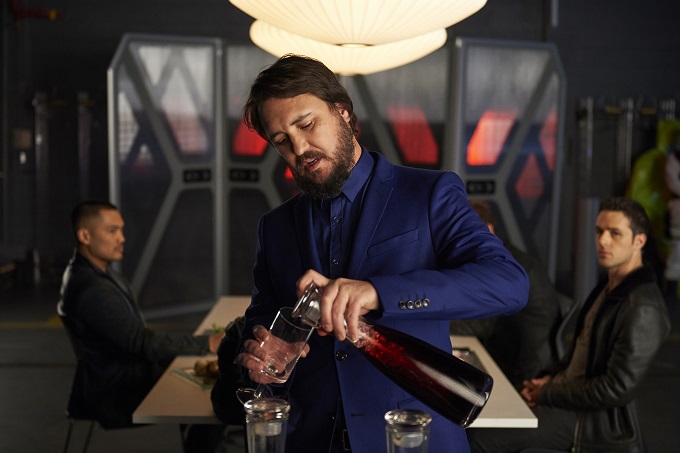 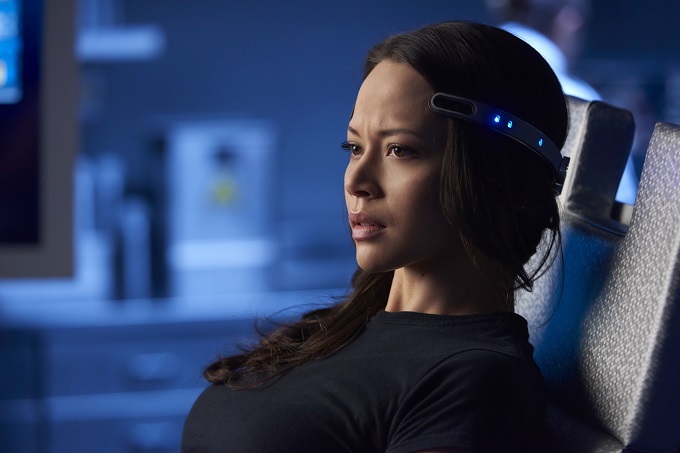 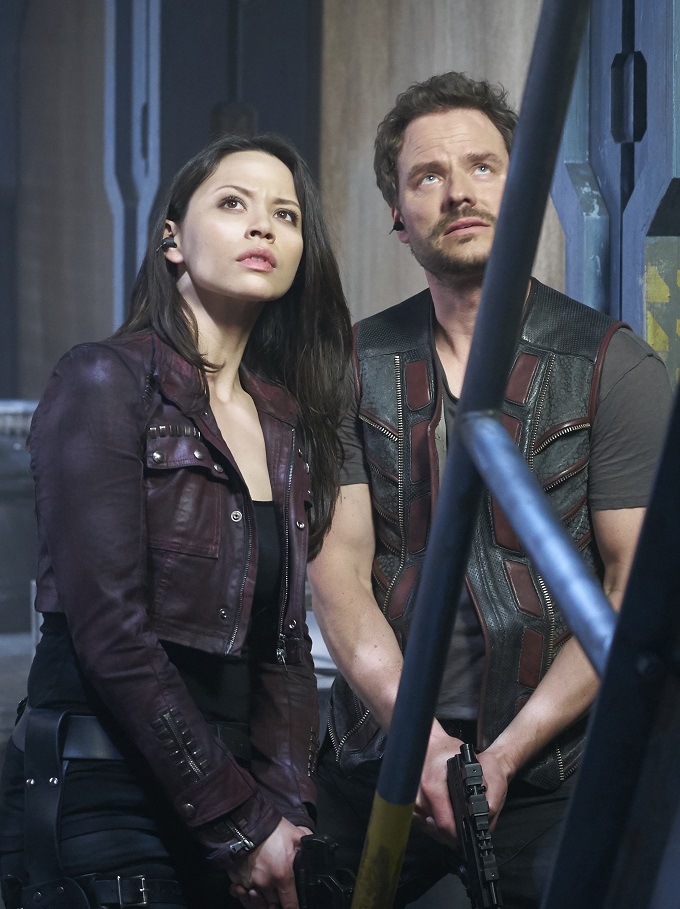 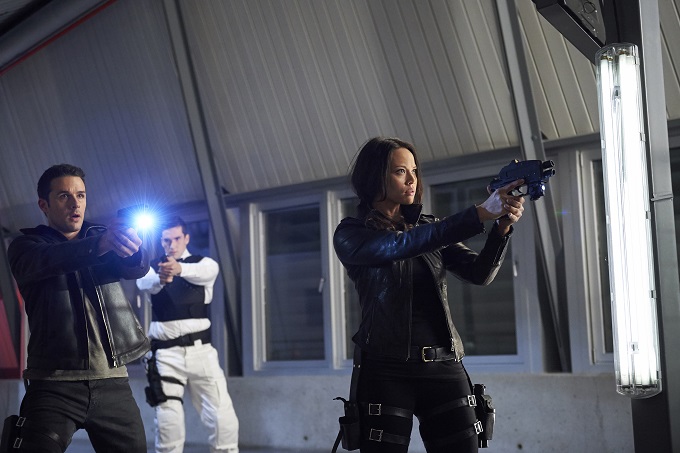 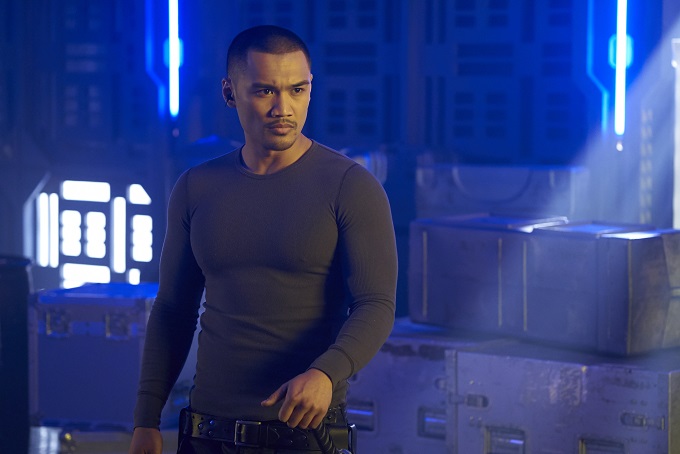