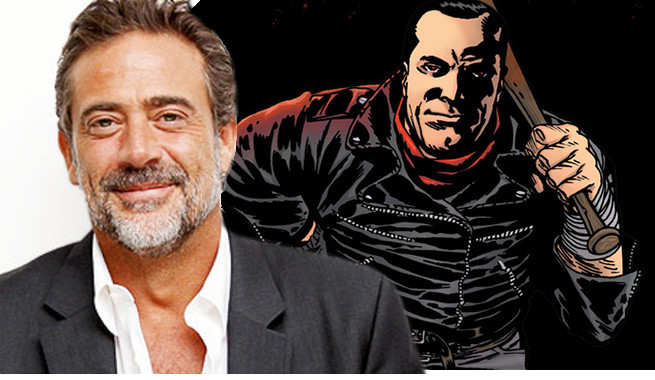 FINALLY! The Walking Dead at last has their Negan, and the cast speculation that, quite honestly, has spanned **years** can come to an end.

The Walking Dead‘s most vicious villain has been cast, as Jeffrey Dean Morgan has signed on for the role, THR reports.

The search for the character’s actor has been extensive, and went back to last year as the TV show approached his arrival according to the comic book’s timeline. Over the past few months, speculation as to whom would land the coveted role has heated up, with the fans’ guesses ranging from Henry Rollins to Garret Dillahunt.

The sixth season finale of the AMC drama will reportedly introduce the villain and will be directed by Greg Nicotero.

In the comics, Negan’s arrival alongside his group the Saviors comes very abruptly and includes the death of our beloved Glenn Rhee. The group’s general modus operandi is that of a protection racket, taking what other communities are able to offer (well, way more than what they’re really able to offer) under the auspices that they’ll be protected. And, if you don’t pay up, well, you die.

Negan’s signature weapon is a barb-wired bat he dubs his “Sweet Lucille,” and among his other trademarks are taking the wives of his men as his own, ironing the faces of the men whose wives attempt to return to their husbands, and dropping F-bombs like it’s nothing. Sweet guy.

It still remains to be seen who has been cast as Dwight, Negan’s 2nd-in-command. However, with actor Steven Ogg recently seen on set, he has become the fans’ top guess.