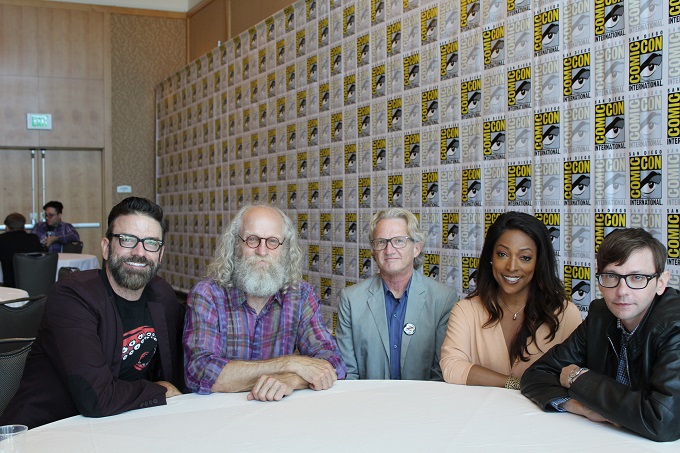 It has been months since the season 3 finale of Z Nation left virtually every character in peril — half plunging over the side of a cliff and the rest facing massive gunfire from a Zona aircraft. Since then and even though a season 4 premiere date hasn’t been announced, the fan discussions have been virtually non-stop. Who will survive? Which characters will break our hearts and not return next season? Was Zona successful in capturing Lucy? And, what will be the new “mission” going into the new season? As some of you may know, I have been onsite covering San Diego Comic-Con 2017, and I had the good fortune of being able to sit down for an exclusive interview with Showrunner and Executive Producer Karl Schaefer and series stars Keith Allan, Russell Hodgkinson, Kellita Smith and DJ Qualls. And, the good news is many of these questions were finally answered.

First, as had been rumored, there will be a 2-year time jump at the beginning of the new season, with the events prior played out in a series of flashbacks throughout the course of the season — this includes what occurred immediately after the final moments of the season ender. There will be a new “mission,” and while the cast couldn’t elaborate on what that new mission is, they were able to confirm that the group will be back together.

That leads into another hot topic which is who survived those last 10 minutes of the finale. Well, I will tell you that all of the characters in the above photo **did** survive, as well as Lucy and 10K. In fact, Kellita went on to spill that 10K will get laid this season, and with that, there’s hope that Red made it as well. Yay! However, the big downer is EP Karl Schaefer did emphasize that not everyone walked away, which means we’ll likely learn very early on in the season that we have lost 1 or more of our beloved characters. In case you’re keeping count, the list of potential characters who will bite the dust is actually quite short. With confirmation that Murphy, Warren, Doc, Citizen Z, Lucy, and 10k are all alive (and probably Red too), there aren’t many left — Addy, The Man, 5K, and Dr. Sun. Of course, killing off Addy would be huge, and some of you may think the show couldn’t possibly do that to a fan favorite, especially after all Addy went through towards the end of the season to save Lucy. However, remember this is Z Nation, and the writers have had no qualms in the past about killing off major characters (Mack, Charlie Garnett, Cassandra, etc.). Bottom line — hope for the best, but expect the worse. 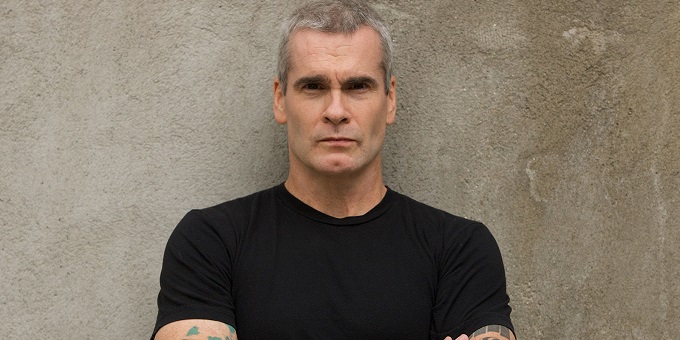 As for the characters, Sketchy and Skeezy will definitely be back, as they have for every season since the beginning of the series. What’s more, we’ll be getting some new characters. Both Henry Rollins  and Michael Oaks will be making guest appearances in season 4, and we’ll also be getting a new villain. Ironically, Rollins won’t be playing the villain, though. For those who are fans of The Walking Dead and specifically the comics, you probably know that Henry Rollins was the inspiration for comic-book Negan, perhaps the biggest baddie the series had ever known. Instead, Oaks will be the new villain for season 4, although Karl nor the cast could elaborate any more on his character.

Lastly, what about the fate of Hector? While some may have speculated that Hector AKA”El Scorpion” is dead, remember that Dr. Sun injected him with that experimental vaccine after he had been injured and shortly after supposedly “dying,” he moved his hand. So, one of the biggest questions has been is Hector really alive, or was he simply reanimating? Well, I can confirm that Hector is very much alive! And, while Emilio Riviera may now be busy working on the spinoff of Sons of Anarchy, Karl said they have every intention of bringing his character back once he is available.

With all of this, are you excited yet? Well, the good news is they did announce the season 4 premiere date this weekend at SDCC. Z Nation  will be returning for season 4 on September 8th at 10/9c on Syfy.

In the meantime, you can check out the first 10 minutes of the interview in the below video, with the last part to be published closer to the premiere date.