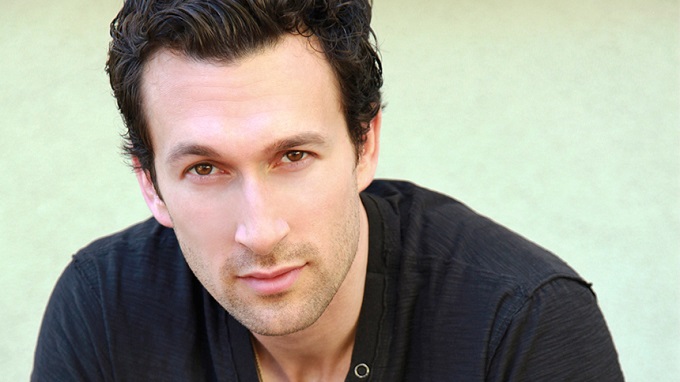 If you had not already heard, The Strain began production on season 3 this past week, and given October’s shocking season 2 finale and the death of Nora Martinez (Mia Maestro), fans have begun looking for hints of what’s to come for the show’s third season.

Except for cast members posting photos from the set in Toronto, there hasn’t been much chatter. However, we have learned that Aaron Lazar (“The Black List”, “Unforgettable”) has joined the series on what he described on Twitter as a “top secret” role. He was on set for the first day of shooting and judging from his recent tweets, seems pretty damn excited to be there. 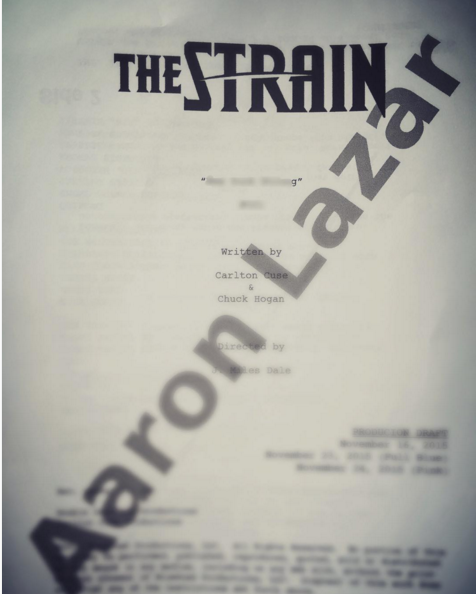 So, who is Lazar portraying in the series, and why is it necessary to be so freakin’ secretive? Well, I have a couple of theories, one of which fans won’t be particularly excited about at all.

1. He’s a replacement for Rupert Penry-Jones as Mr. Quinlan

For those who tracked the casting of Rupert Penry-Jones as Mr. Quinlan earlier this year, you may recall that Rupert was also just as subtle about the role he had been cast for, and even called it “top secret” just like Lazar has. While he posted a few photos from the set while he was filming earlier this year, his casting wasn’t announced until he appeared as Quinlan for the first time in the episode “Quick and Painless.”

The funny thing is now that filming has begun on season 3, Rupert has been eerily silent on Twitter. Nothing about his arriving in Toronto like the rest of the cast, no pictures from the set, no nothing basically. In fact, Rupert hasn’t tweeted at all for over 3 weeks which is highly unusual for the actor.

Coincidence? I sure hope so! The series survived the reboot of the Quinlan character and the killing off of Vaun/Quinlan 1.0 last season, but I’m not sure if all of the fans will stick around if the character is re-cast once again. The one clue that makes me think he’s not Quinlan is the “multi-episode arc” comment in his tweet. Quinlan is a main character and will be with the series until the very end; so, if he were Quinlan, he definitely wouldn’t be describing his role that way.

2. He’s a replacement for Vaun

If this one turns out to be true, I will be on the front row cheering along with the rest of the fandom. While I do understand Chuck Hogan’s reasoning when he explained why it was necessary for Vaun to die, a good deal of the fans just didn’t buy it. They felt it was unnecessary, that it was a slap in the face to the fans, and also somewhat disrespectful to the actor, Stephen McHattie. And, I don’t entirely disagree with them.

That said, it wouldn’t surprise me if the production team decided to answer the fans’ request to “bring back Vaun” by having him return to the show or at least bring on another sun-hunter character that is very similar to Vaun. After all, if you follow the fans’ response to season 2 of the show on social media, you’ll know that killing Vaun was THE biggest complaint, and so it’s not out of the realm of possibility that they might try to rectify that.

So, what does everyone else think? Would you be upset if they decided to redo the Quinlan character AGAIN? Who else do you think Lazar might be cast as? Perhaps a new character that’s not in the books?