In last week’s fantastic season 3 premiere of The Strain, it ended with a scene that pretty much laid the groundwork for the next few episodes — the Master’s attempt at strong-arming Eph (Corey Stoll)  into giving him the Lumen by offering up ...Read More »

Warning: General Spoilers Ahead In last week’s fantastic season 3 premiere of The Strain, it ended with a scene that pretty much laid the groundwork for the next few episodes — the Master’s attempt at strong-arming Eph (Corey Stoll)  into giving him the ...Read More »

Well, my Strainiacs, we are almost at the 3-week mark. Yes, folks, in 3 short weeks, The Strain will be returning for season 3 (finally!), and Sundays will be perfect once again. The hiatus this year has been particularly painful due to ...Read More »

With the season 3 premiere of The Strain delayed this year until August 28th, only a couple of brief promos have been released thus far. And, unfortunately, while entertaining they may be (especially the latest Lady Liberty one, which was very cool!), ...Read More »

The Strain Begins Production On Season 3

It had been rumored that production for season 3 of The Strain would begin this week, but it was made official this afternoon by series star Kevin Durand. Below is Durand’s post on Instagram, which he also cross-posted on Twitter. The hair is ...Read More » 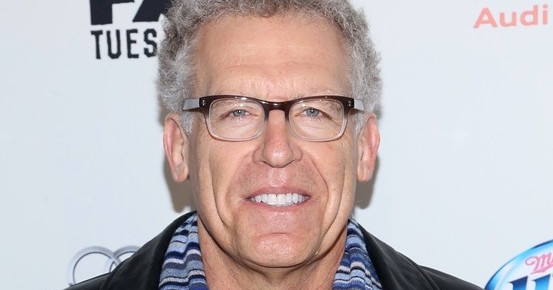 It’s been almost a week since that shocking season 2 finale of The Strain, and judging from the responses I’ve seen on social media, fans worldwide are working their way through the various stages of grief. I think most knew we ...Read More »

October 10, 2015 - Comments Off on The Strain: EPs Carlton Cuse & Chuck Hogan Talk That Epic Finale, Season 3, And More Of The Quinlan [Interview] - News

Warning: Spoilers ahead for those who have not seen the season 2 finale The Strain hasn’t surprised me too many times this season, but when the show does, it makes one hell of a rumble. Vaun’s horrific death in “Fort Defiance.” ...Read More »

October 04, 2015 - Comments Off on RIP [SPOILER] As Hell Hath No Fury Like Strigoi Kelly Scorned In The Strain “Night Train” - Recaps

Warning: General Spoilers Ahead For those who are expecting my weekly super-teasers, I’m afraid you may be a little disappointed this time. Under threat of life and limb, we have been sworn to secrecy for the final 1/3 of Sunday’s ...Read More »

Tickets For A Night Train, A Sun-Hunting Dream Team, And Quinlan’s Big Return In The Strain “Fallen Light”

As some of you may recall from my Advance Preview, I was beyond ecstatic after screening tonight’s episode for the first time. Back at the beginning of the series, Jim Kent (Sean Astin)  was my favorite character, and I cried like ...Read More »

September 27, 2015 - Comments Off on Tickets For A Night Train, A Sun-Hunting Dream Team, And Quinlan’s Big Return In The Strain “Fallen Light” - Recaps

Warning: Spoilers Ahead As all of my readers are fully aware, my favorite character on The Strain is Mr. Quinlan, and even though I was royally pissed when I first learned of the reboot and recasting, I have become one of ...Read More »