The Strain Infection to Spread to Season 2 in 2015 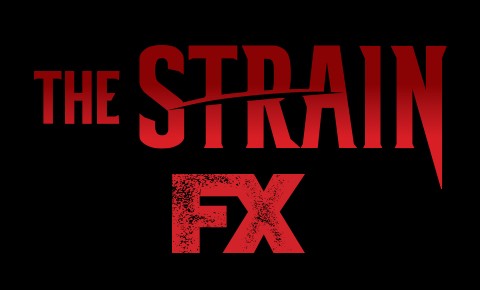 It’s official folks! Season 2 of FX’s The Strain is a go! Of course, I never really had any doubt that it would happen, but it is nice to finally see it in black and white. FX has ordered a ...Read More »

Warning: Spoilers Ahead After Fet’s horrible discovery in the sewers and the invasion of the nursing home in the last episode, the episodes where the epidemic was isolated to the plane victims are officially over. In Sunday’s episode, everything begins ...Read More »

August 14, 2014 - Comments Off on The Strain Preview: “Occultation” [VIDEO and PHOTOS] - Previews 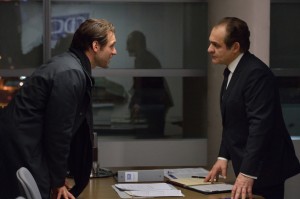 Warning: Spoilers Ahead At the end of last week’s episode, Setrakian (David Bradley) had officially recruited Dr. Goodweather (Corey Stoll) as his new apprentice vampire hunter, but unfortunately minus Dr. Martinez (Mia Maestro). As much as it hurt to let ...Read More » 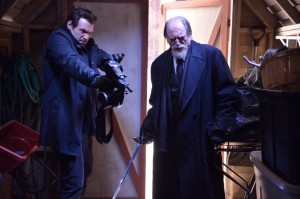 At the end of the last episode, Dr. Goodweather finally realized they were way beyond finding a treatment for this new virus and officially traded in his surgical tools for a silver sword and a can of gasoline. After scratching ...Read More »

The Strain “It’s Not For Everyone”

Have you ever had aspirations for being a vampire hunter? If this sounds like you, send your resume to Abraham Setrakian, Knickerbocker Loans and Curios. Only serious applicants need apply. But, be warned — it’s not for everyone. Yep, I ...Read More »

The Strain Preview: “It’s Not For Everyone” [VIDEO and PHOTOS]

At the end of the last episode, the metamorphosis of the four survivors was complete, culminating with Captain Redfern attacking Dr. Goodweather, Nora and Jim. On Sunday, Eph performs a backroom autopsy on the deceased Redfern and what he finds ...Read More » 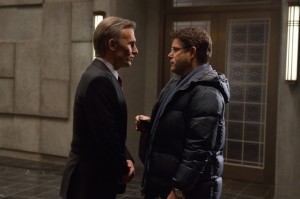 We’ve all known from the beginning, actually before the Pilot ever aired, that the vampires in The Strain were not going to be like the ones we’ve grown accustomed to over the past few years. These are ugly, disgusting creatures, ...Read More »

The Strain “The Box”

Warning: Spoilers Ahead Here’s to surviving — Gabriel Bolivar Cheers, Gabe, and under normal circumstances being one of four survivors on a plane of 210 passengers would be a call for celebration. But, sometimes, as these four “lucky” people will ...Read More »

The Strain Preview: “The Box” [VIDEO and PHOTOS] 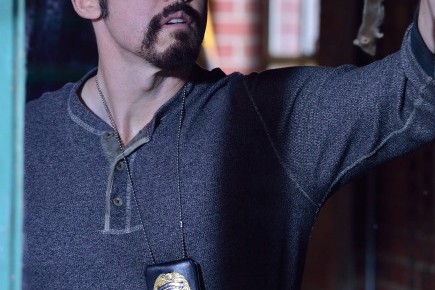 It all hit the fan at the end of The Strain premiere last Sunday, to say the least. The 206 dead passengers from flight 753 turned out to not be dead and the mysterious “coffin” made it across the river to Manhattan, ...Read More »

He Is Here, The Strain Series Premiere “Night Zero”

Warning: Spoilers Ahead It’s been almost four months since the season finale of The Walking Dead, and this hiatus has been dragging with nothing good at all on TV and no end in sight to this big-fat boring summer of ...Read More »