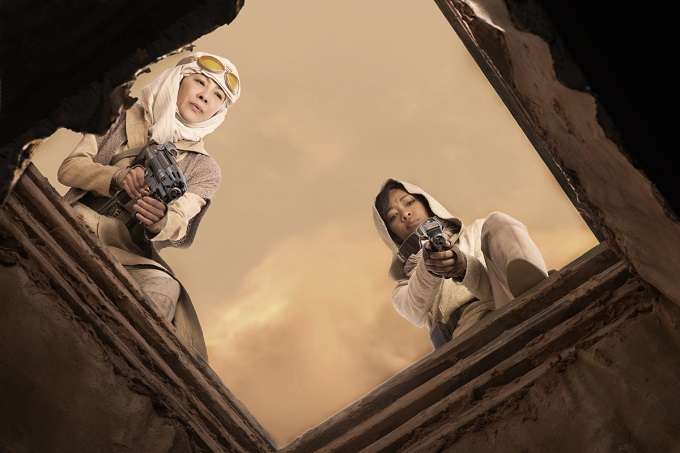 Greetings fellow trekkies!  Before I get into my review of the Star Trek Discovery pilot which aired on CBS this evening, I’d first like to address the elephant in the room.  Is this the end of network (free tv) as we know it?  Are the networks simply going to whet our appetites with full episode trailers in order to entice us to purchase their premium products?  It seems that CBS is leading the charge into this unchartered territory.  This evening, CBS premiered its pilot of the latest Star Trek series, Star Trek Discovery.  This is set as the prequel to the original Star Trek series with Captain Kirk and Mr. Spock.  All future episodes  (15 all together this season) will only be available by purchasing the CBS All Access pass for six dollars per month.  Like many other journalists, I wasn’t going to waste my time reviewing this show only to have to pay to continue reviewing it (CBS is also not providing screeners on their press site).  But, my curiosity got the best of me and here I am.  I’ve been a fan of the franchise since The Next Generation, so I really couldn’t pass up the opportunity to see if the series stays true to form.  But will the pilot be enough to make me want more and more importantly to pay for more?  Here’s what I think…

Episode 101 – The Vulcan Hello takes place aboard the U.S.S. Shenzhou approximately 10 years prior to the original series with Kirk which takes place in the Prime Universe.  First and foremost, I am happy to say that this series appears to be keeping with the original Gene Roddenberry look and feel.  But it also sports a little more chrome, which makes it feel a bit more modern.  The way the crew communicates and the jobs that they perform all feel very familiar and helps me readily recognize that I am, in a way, home.  Even though the faces are not familiar, the surroundings are, and it quickly helps me engage with each new character. 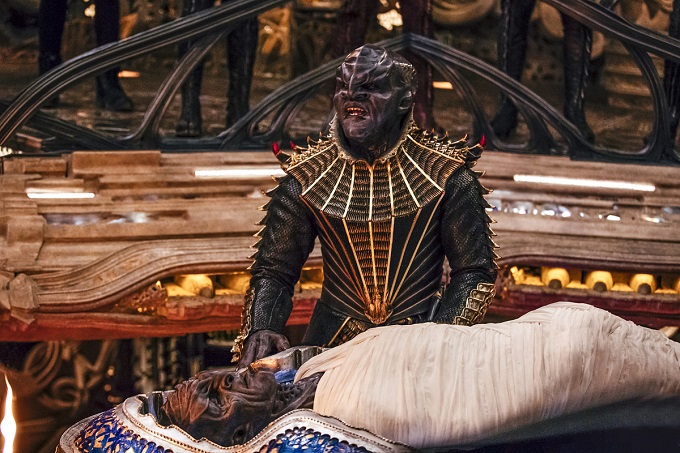 What I did not like, however, was the lack of basic foundation for each character and the situational awareness around the plot.  I understand that in a 46 minute pilot that this is difficult to devote any time to specific character arcs and that over time we will get to know each character…but, I found myself scratching my head a few times.  For example, if I had not read the press kit material, I would not have known that the Vulcan in which First Officer Michael Burnham calls upon is Ambassador Sarek, Spock’s father, who also raised her.

I also did not like Discovery’s version of the Klingons.  They were ugly and more monster-like, and they spoke Klingon as if they were teaching us non-Klingon speaking humans our ABC’s. Maybe that was deliberate or maybe the cast was actually struggling with the language. Also, subtitles are okay for a few lines, but full conversations are tedious.

I DID however, LOVE, LOVE, LOVE Sonequa Martin-Green (formerly Sasha from The Walking Dead), as First Officer Michael Burnham.  She carries this first episode with ease.  Michelle Yeoh as the co-leading lady is strong and believable as well, and together these two women show that you don’t need men leads to have a successful franchise.

I’m still trying to decide whether or not I’ll pay to watch this series, but for now, CBS is offering a 7 day free trial for CBS All Access so I’m at least going to catch the second episode.  I’ll let you know what I think!  Live long and prosper!