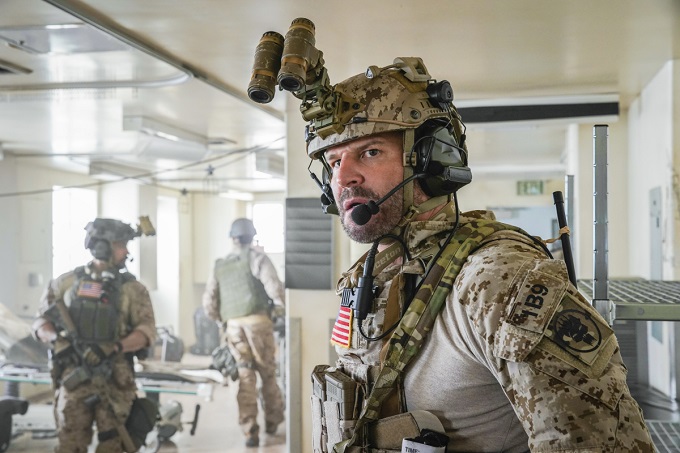 “Other Lives” — While on an evidence-collecting mission in Syria, Jason and the SEAL Team find innocent civilians in desperate need of rescue just as enemy forces close in on them. Also, while on the mission, the team debates whether or not to tell Ray that his wife has gone into labor, on SEAL TEAM, Wednesday, Oct. 4 (9:00-10:00 PM, ET/PT) on the CBS Television Network. Pictured: David Boreanaz as Jason Hayes. Photo: Erik Voake/CBSÃÂ©2017 CBS Broadcasting, Inc. All Rights Reserved

I have to say that after last weeks episode of SEAL Team, I was kind of excited to check out this next episode.  I want to see more of the character development and I was really hoping for an arc that would hook me enough to want to keep watching.  It was a solid episode, don’t get me wrong…but I didn’t really get into it.

There were no big surprises.  It was all very predictable AGAIN; but I still liked it.  David Boreanaz as Jason Hayes is great.  He’s very believable and does the character justice.  In this episode we see him in different capacities once again…the distant (uncomfortable in civilian life) husband, the loving dad and the steadfast and rock steady team leader.  There were a few surprises during the mission, but it was still all very predictable…SEAL Team plans mission, something throws a monkey wrench into said plans, there is a little drama, and every one makes it out and all is well again. Again, the technical aspect from a military standpoint was all very good, although there was a little bit more body cam/night vision footage than I cared for.  Realistically though, it was a bit grainier than it should be which I’m certain was done purposely done for reasons I’m unsure of.

In “Other Lives,” we got to better know both Ray and Sonny, Jason’s left and right (I guess you could say).  Jason is seen breaching protocol to protect Ray so that  he gets back to his wife — who is giving birth — safely.  We also get a feel for Sonny and his practical and realistic (glass half empty) outlook on life when he tells Jason that he “never looks at their faces,” referring to the civilians that Jason is trying to save. 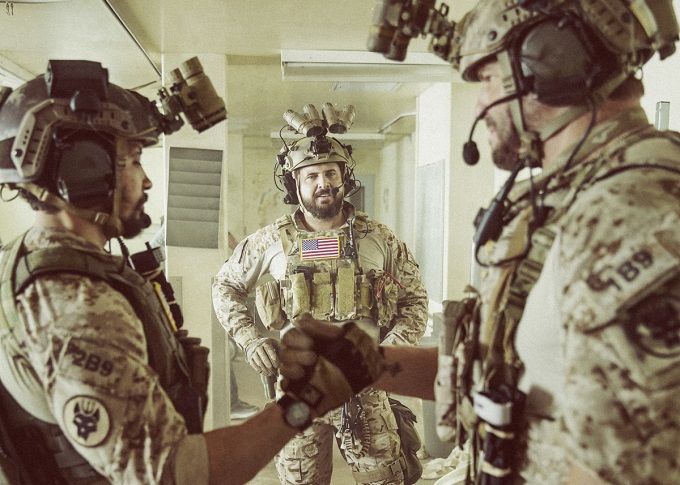 “Other Lives” — While on an evidence-collecting mission in Syria, Jason and the SEAL Team find innocent civilians in desperate need of rescue just as enemy forces close in on them. Also, while on the mission, the team debates whether or not to tell Ray that his wife has gone into labor, on SEAL TEAM, Wednesday, Oct. 4 (9:00-10:00 PM, ET/PT) on the CBS Television Network. Pictured L to R: Neil Brown Jr. as Ray, AJ Buckley as Sonny and David Boreanaz as Jason Hayes. Photo: Erik Voake/CBSÃÂ©2017 CBS Broadcasting, Inc. All Rights Reserved

I love Max Thieriot as Clay Spenser but sadly the character is a total ass-hat.  To his credit, Max plays the character extremely well and is very believable.  On one hand we have this highly talented, confident and capable sailor, while on the other hand we have this cocky, entitled kid with a huge chip on his shoulder and who is not a team player.  I didn’t mind the calisthenics at the beginning featuring Max on obstacle courses and  weapons ranges, but did they really need the bar scene where he’s trying to pick up a woman?  It brings me back to Tom Cruise’s bar scene in Top Gun.  I hope that’s not where the writers are going with this arc.  Maybe they are just trying to show us what an ass-hat the character is…kind of to drive it home?  We get it!  He’s a jackass.

The one actor I really enjoy watching is Cerberus – Dita The Hair Missle, who is played by the very handsome and talented Belgian Malinois.  Dita has his own Instagram account “DitaTheHairMissle.”  Malinois are commonly used a lot in military operations (MWD – Military Working Dog) specifically SEAL Teams because they are smart, fast and lethal.  For these reasons they are sometimes called Maligators, as a term of endearment.  I love that the oxygen mask that his handler put on him in the airplane was the face of an alligator.  That made me chuckle.

SEAL Team airs on Wednesdays at 9/8c on CBS.