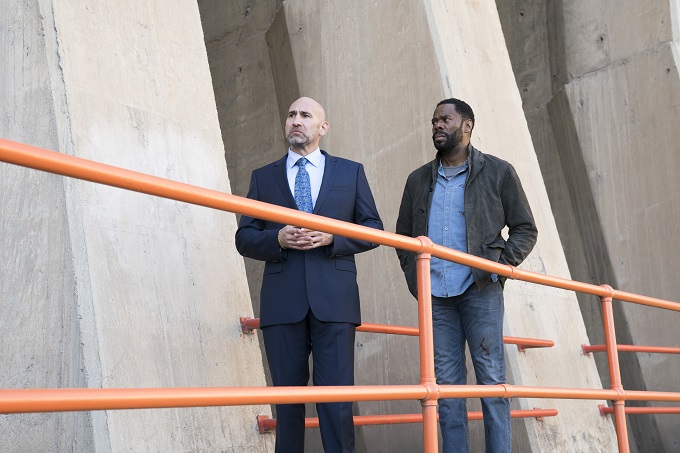 Warning: Major spoilers for those who haven’t seen episode 3.03 “Teotwawki”

First things first. For those who were hoping for another Lazarus effect on Fear The Walking Dead and find out this week that Travis is, indeed, Iron Man and survived those gunshots and fall from the helicopter, sorry. As was confirmed on The Talking Dead by Dave Erickson, Travis is “dead dead,” and going into tonight’s episode, the Clark family appears to have accepted it and are now trying to move on. So, if thought you were going to click on this article and learn that Travis miraculously found a dumpster after that long fall into a rocky canyon, you are probably feeling pretty bummed about now. However, you shouldn’t be because the news is about as good.

Besides getting the history of the Otto family and Broke Jaw Ranch, tonight’s episode also focuses on Strand (Colman Domingo)  and what he’s up to now after leaving the hotel with a very nice set of wheels. Knowing what we know about Strand, care to take a guess? Remember, Strand is a con-man at heart, and somebody like that can’t completely change his stripes overnight. When Eileen asked Strand last week where he’d go if he could leave, he simply responded “I know a place.” Well, that place turns out to be a dam that is now controlled by an old business associate by the name of Dante Esquivel (Jason Manuel Olazabal). Just like Strand, Dante is also a con-man, and his new scheme is bartering water for goods and services.

When Strand first arrives at Dante’s compound, everything is good, and it’s as if both businessmen are back to wheeling and dealing from before the world went to shit. Then, after the booze and after the laughter settles, Dante finally asks about Thomas Abigail and makes the assumption that he didn’t make it. The entire atmosphere gets very somber, and Dante also makes the observation that it’s interesting that Strand shows up now, with only a car that a “crazy lady at a hotel” gave him and a crusty old cot. Hmmmm….yes, if you’re wondering, things are about to get very ugly.

This is when the facade comes down, and we get to see Dante’s true colors. Dante takes Strand to the upper level of the dam where his goons have a man bound and ready to throw over the side. As it turns out, this man was a member of the cartel before the apocalypse, and his function was to take money from honest people and kill those who refused. What a sweetheart. As Strand watches in horror, the man is thrown into a walker pit below, and then, the men grab Strand, preparing to do the same to him. While Dante may appear to be a cold and calloused killer, the reality is he’s become a modern-day “cleaner” in this world gone mad. The man Dante threw into the walker pit was bad, and some may say Dante simply helped karma along. But, if that’s the case, what is Strand’s crime? It’s simple — Strand is nothing more than a con-man and a thief, and he stole (more than once) from Thomas Abigail. Thomas Abigail was Dante’s friend, and if we read between the lines, may have been more than that before Strand came along.

So, with Strand bent over the side of the railing and about to face a horrible death, he does what Strand does best — squirms his way out of a bad situation by being a smooth and fast talker.

To take is in your nature — Dante

You need me Dante, you need me! You’re begging for an attack. It’s just a matter of time before they try to take it, not me — Strand

Yes! You need to sell off-site, and with that, you need transport. Guns and more men and ammunition, to guard that transport. I can organize that. Water is the currency now — Strand

How could I ever trust a thief? — Dante

I never stole from you — Strand

You stole from Thomas. Did he die thinking you really loved him?  — Dante

I did love him — Strand

Why are you doing this! — Strand

So you suffer. You exploit everything that you touch. And, for that, you owe a debt. You will work it off. You will feel just like the people you’ve taken from. You will feel powerless — Dante

Well, that sucks. But, Strand’s tap-dancing works, and at least, he’s still alive.

In the final moments of the episode, we see a Strand that is broken, beaten, hopeless and helpless. He’s locked away in a nasty jail cell and is nothing more than one of Dante’s minions who work for him for the mere privilege of being allowed to live. Then, in a very surprising final scene, a familiar face emerges with a canteen of water and ultimately may be Strand’s only chance of enduring the hell Dante has created for him. And, who is that “familiar face”? Oh, yes, it’s Daniel (Ruben Blades)!

I knew you would drink it all. I told you, I’d be your guardian angel — Daniel

Talking about a big surprise. It’s no secret that Dave Erickson said quite a while ago that Daniel would be back —  quite likely in season 3 — and so no one should really be shocked by his appearance in the final moments of the episode. The part that **is** surprising is the manner in which Daniel is reintroduced. What was he doing at Dante’s compound, and more importantly, why did he call himself Strand’s “guardian angel”? 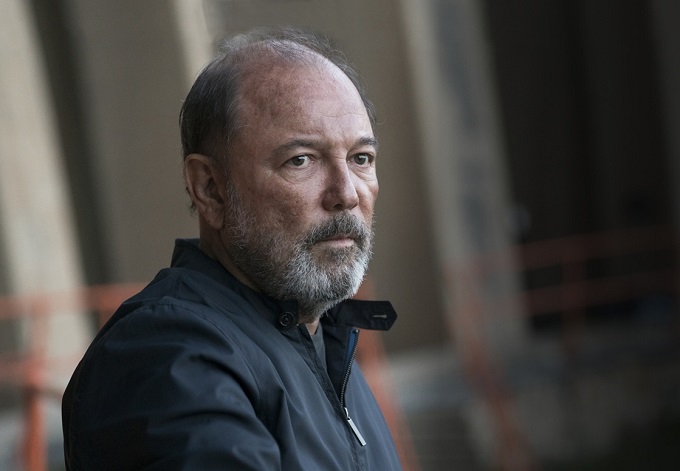 That brings me to the all-important question — is that really Daniel we saw tonight, or just a hallucination, a figment of Strand’s imagination? Remember, Strand has had everything taken from him, is now a slave of Dante’s, and is obviously under a great deal of stress. In situations like this, it’s not at all uncommon for the mind to play tricks on a person.

What does everyone else think? Is Daniel really alive? Or, is he just a ghost, whose sole purpose is to get Strand through a difficult time? I’m leaning towards the latter, but personally, I don’t care one way or the other. Ruben Blades was the rock and cornerstone of the show, and even if we get him back for only a few episodes — and especially after Travis’ shocking death last week –I’ll take it.