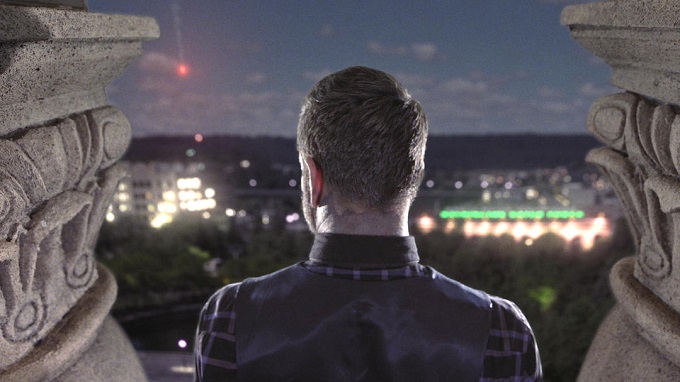 This week’s episode of Z Nation is one dense hour of television. Doc (Russell Hodgkinson)  and 10K (Nat Zang) finally cross paths with Warren and Co., and after getting past the initial shock of El Scorpion, uh, I mean, Hector (Emilio Riviera) now being a part of the group, 10K is welcomed back, no questions asked. Well, until he gets weird and starts acting drunk and like someone high on bad heroin. 10K doesn’t want to tell anyone he’s been bit by Murphy (Keith Allan)  and makes Doc promise to keep quiet. But, Warren’s no dummy, and so, it makes you wonder how long this game will actually last.

In the meantime, Citizen Z (DJ Qualls)  and his girlfriend/stalker, Kaya, make major strides in repairing the electronic equipment at the North Pole so that they can get Simon’s radio broadcast back on the air. Several characters have some great moments this week, but it is here that Kaya literally steals the show. I won’t tell you what she does, but you’ll know when you see it.

Lastly, big progress is made back in Spokane at Murphytown, with several new recruits joining Murphy’s new blend “army.” One of them is a girl simply known as Anderson (guest-star Carollani Sandberg), who has a military background and thus one of the top picks by Murphy and his acolytes. Even though some may not agree with Murphy’s actions, by the end of the hour, you have to admit that he has made some damn good progress while the rest of civilization seems to just be frozen in time. Big feasts of steak and potatoes, running water, and oh yes, electricity! Amenities like that, and you can bet  **a lot** more people will be showing up to drink the Murphy Kool-Aid very soon. Unfortunately, this includes some people who… well….may not be entirely welcome.

Episode 3.07 of Z Nation  is titled “Welcome To Murphytown” and airs Friday at 9/8c on Syfy.

Of all the new faces we see in this week’s episode, I was most intrigued by the Anderson character. Funny, smart, and tough as nails — a great combination to have on your side in the midst of a zombie apocalypse. This week had the good fortune to chat with actress Carollani Sandberg on being cast  for the role, filming tomorrow’s episode, and the fun times she had while being on set. Check out what she had to say. 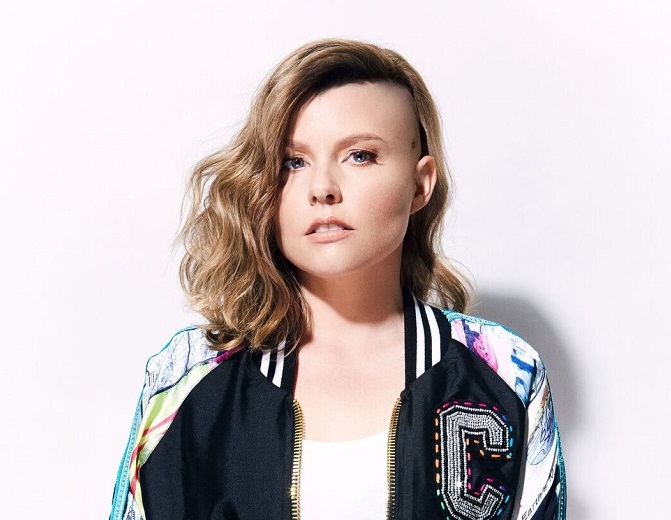 TV GEEK TALK: So, in Friday’s episode, “Welcome To Murphytown,” you play a new recruit of Murphy’s named Anderson. Can you talk a little about your character?

Carollani Sandberg: “Anderson is a real badass. Her first name is Charlotte, but nobody would have the gall to call her that. She was a drill sergeant before the zombie apocalypse and has since thrived as an upcycler, which is basically someone who can make anything out of nothing. Anderson is sort of a lady MacGyver.”

“Her military background taught her to stay vigilant, so you’ll notice her scanning her surroundings and sizing people up.”

TV GEEK TALK: How were you cast and become involved with “Z Nation”?

Carollani Sandberg: “I’ve been auditioning for Z Nation since the first season, so I’ve had a lot of characters come across my desk over the last three years. When I got the sides for Anderson and read how strong and capable she was, I knew I wanted to be the one to bring this character to life.”

“The casting for this role happened very quickly. Only five actors submitted auditions, so I knew my chances were good mathematically! I had recently taken a great workshop from Nike Imoru, the casting director for the show, so I was able to absorb insight and direction from her that helped fuel my audition.”

“I quickly taped my audition with the help of a friend and submitted it right before jumping on a flight to Hawaii for a family reunion. I was standing at a gorgeous, but exceptionally windy, viewpoint on Oahu when I got the call from my agent with news that I got the role. It was kind of a dream scenario, landing my first TV role while on vacation in paradise!”

TV GEEK TALK: How does Anderson truly feel about Murphy? Is she all-in Team Murphy, or is it just about survival?

Carollani Sandberg: “Anderson exhibits a healthy amount of skepticism toward others, but my read on her is she also craves community and stability. She misses her place in the military, and you’ll notice she falls into rank quickly with Murphy. She has a job and a purpose once again, and that gives her life. The feasts are a bonus.”

“Murphy and his crew say and do things that raise red flags for Anderson. But the vaccine was real! He brought back electricity! It’s not easy for her to trust, but she wants to. Murphy is trying to rebuild civilization and, although it may not be perfect, it’s the closest thing to a functioning community Anderson has been a part of since her world crumbled along with everyone else’s.”

TV GEEK TALK: I looked at your IMdb page, and you have worked on a variety of projects. How is this role different from your past ones, and was there anything you had to do to prepare?

Carollani Sandberg: “The biggest difference with this project is that it was my first TV role after doing mostly indie films and a handful of theater roles. Everybody told me TV moves quickly so it requires extra preparation and they were right! After I booked the role, I also booked a session with my acting coach and we worked together on Anderson’s back story. Then I emailed an old high school friend of mine who had worked as a drill instructor for the Marines to get tips on representing someone with that amount of intensity. She gave me a lot of great advice but the best was simply to bring the swagger. I hope I made her proud!”

TV GEEK TALK: So far, what has it been like to work on the show? Do you have a favorite or most memorable moment?

Carollani Sandberg:“It’s been a literal dream come true. The ENTIRE crew is so skilled, from the AD team, to wardrobe, props, hair and makeup, everyone. The writers and producers are creative and silly, but also very disciplined and focused. The cast is super fun, sweet and remarkably talented. Everyone made me feel very supported.”

“My favorite moment was definitely the feast scene. The first few takes were wide shots of all of us taking pieces of steak from the outer ring of meat on a platter. I had an idea to really tear into a giant T-bone steak that was sitting in the middle of the platter, so I asked Jodi Binstock, the director, if she’d let me play around a bit and she was game. During our next take, Murphy told us to feast, so I grabbed my fork as fast as I could, stabbed the steak onto my plate, and ravenously started shoving big pieces of steak into my mouth as fast as I could. Meat juice was dripping down my face and I was getting the meat-sweats! Once we cut, I heard laughter on set and got great feedback from Jodi. As an actor, being able to physically interact with anything with that much abandon is a real treat. And it tasted great!”

TV GEEK TALK: How much more of Anderson are we going to see this season?

Carollani Sandberg: “Funny you should ask! After I finished up the “Welcome To Murphytown” episode, I went back home to return to normal life, hoping for another call from my agent that Z wanted me back from more episodes. And they did! But then I accidentally broke three of my four limbs while walking my dog! I had been trying to stay active while I was back home and just experienced a total freak accident that ended up requiring two surgeries and a bunch of physical therapy.”

“Just like Anderson would have, I immediately started brainstorming ways I could make it work on set with a broken kneecap and two broken arms. As you might imagine, there was no way to make it work, so I had to bow out of the rest of the season. I was SO sad because I had such a great time in the role and wanted to keep playing in season 3.”

“Anderson is still alive somewhere in the Z Nation world as a blend, which means she’s immune to Zs. I’m keeping my fingers crossed that she’ll turn up again with the principle cast in Season 4!”

Well, that last part is a bummer, now is it! You will be introduced to Anderson in tomorrow’s episode, and I’m certain you’ll take an immediate liking to her. She’s tough, skilled, but also very funny, and I have a feeling she could sit any of Murphy’s male lieutenants down on their asses without even trying. So, let’s hope Carollani makes a speedy recovery and fingers crossed for an Anderson return next season.