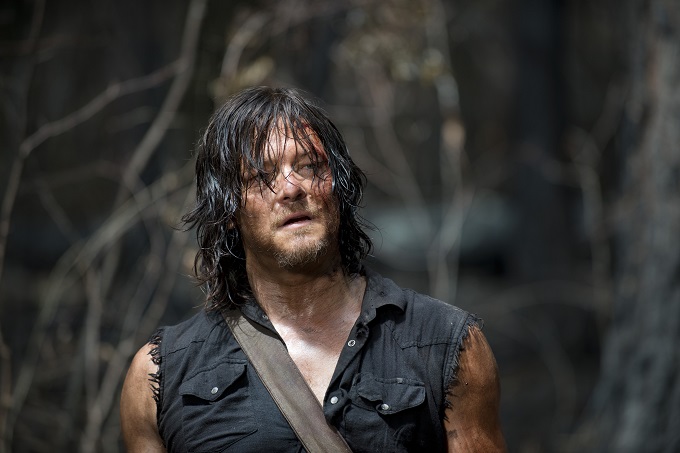 Warning: Both comic-book and television spoilers ahead

If you think about everything that has happened this week in The Walking Dead universe, it really has been an overture to the comic super-villain Negan. First, there’s the big news in TWD world regarding Jeffrey Dean Morgan being cast for the Negan role. The fandom has been buzzing for well over a year about who would land the coveted role, and to everyone’s surprise, the casting was announced this week, well ahead of when the character is slated to be introduced in the series.

Second, if you’re a fan of the comic-book series and got a copy of issue #148 that was released this past Wednesday, you’ll know that it ends with Negan smiling at Rick with that ever-famous sh*t-grin. Rick and his group are facing a new enemy — Alpha and the Whisperers —  10X more evil than Negan ever was, and he is forced to go to the incarcerated Negan to ask for his help.

Lastly, we have this Sunday’s new episode of The Walking Dead. As we can see from the below preview, Daryl, Sasha, and Abraham are being chased by some heavily-armed hoodlums, and the name of one of these punks turns out to be quite important. Daryl is ultimately captured by a man and a woman from the group, and can anyone take a guess the name of the man? It’s Dwight, and if you’re an avid comic-book reader, you probably have a pretty good idea who this guy will turn out to be. 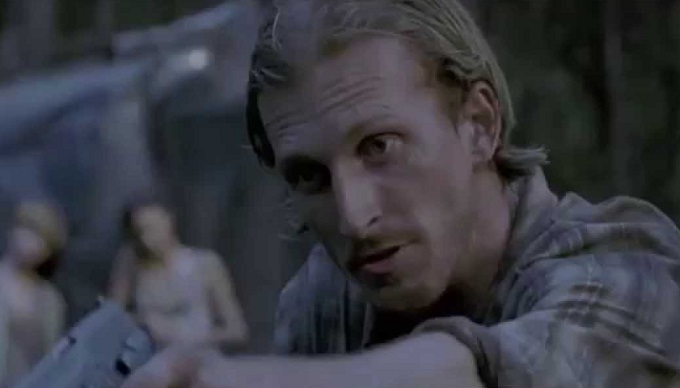 In the comics, Negan leads a group called the Saviors, and his 2nd-in-command is a Merle Dixon-type named Dwight. If you look up the character, note his weapon-of-choice — a crossbow. Well, by the end of the hour, Daryl has his crossbow stolen by Dwight, then reclaimed, and once again taken. So, by the end of the episode, while Daryl does break free, Dwight and his girl, Tina, are in the wind with Daryl’s crossbow, and if this isn’t enough evidence that they have just crossed paths with Negan’s sidekick, Dwight, and his Saviors, I don’t know what is. 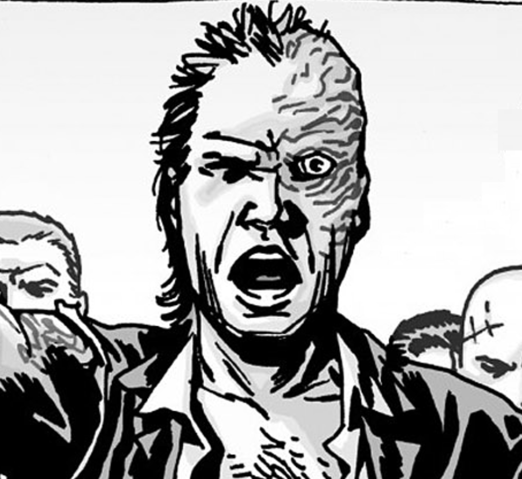 The episode ends with Daryl coming back together with Sasha and Abe and continuing their mission of leading the horde away from Alexandria. For the general audience, this little Dwight and Tina sideshow may have been nothing more than an annoying interruption in the episode, but for the hard-core comic fans, this is a subtle glimpse — as well as an omen — of the brown Negan sh*tstorm that is expected to hit full-force by season’s end.

Episode 6.06 of The Walking Dead  is titled “Always Accountable” and airs Sunday at 9/8c on AMC. 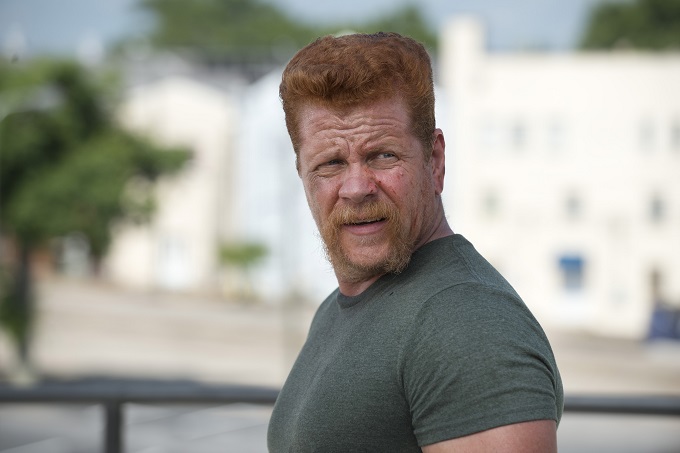 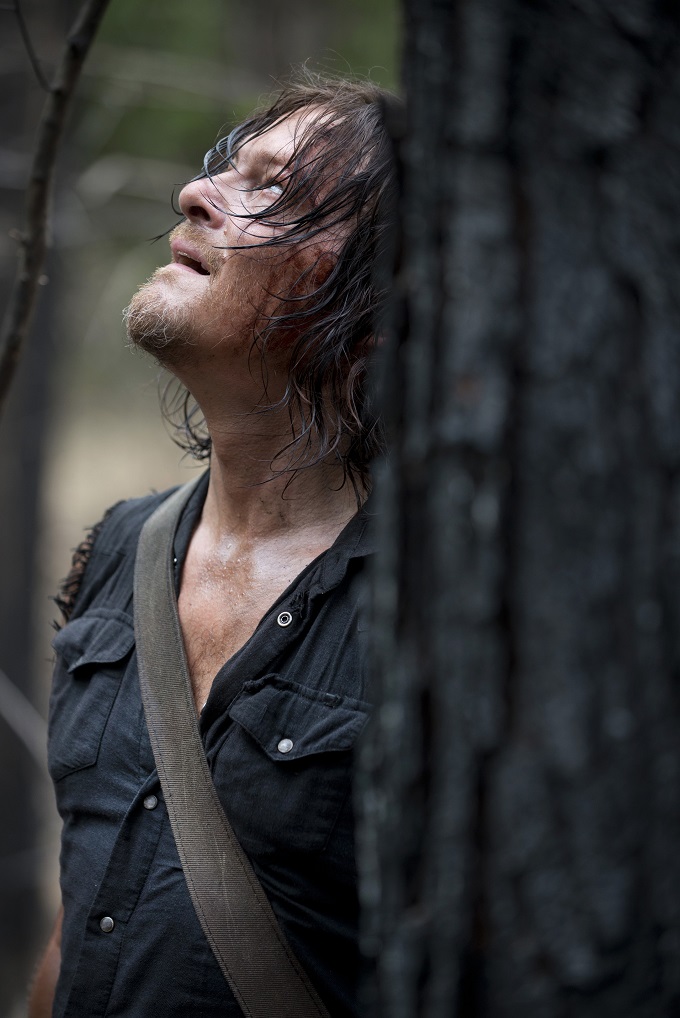 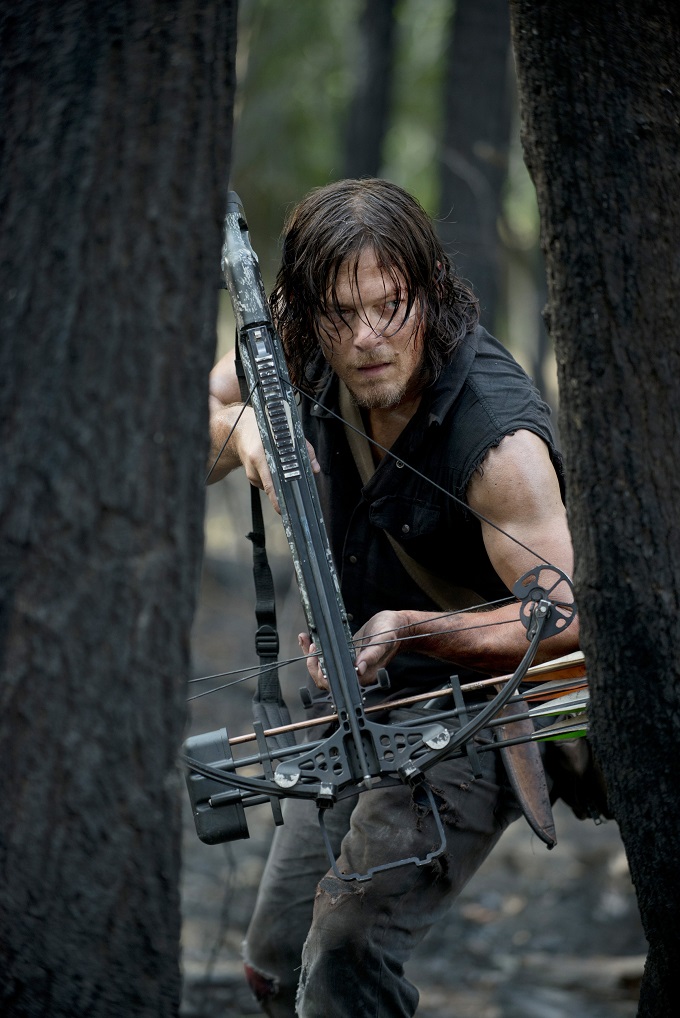