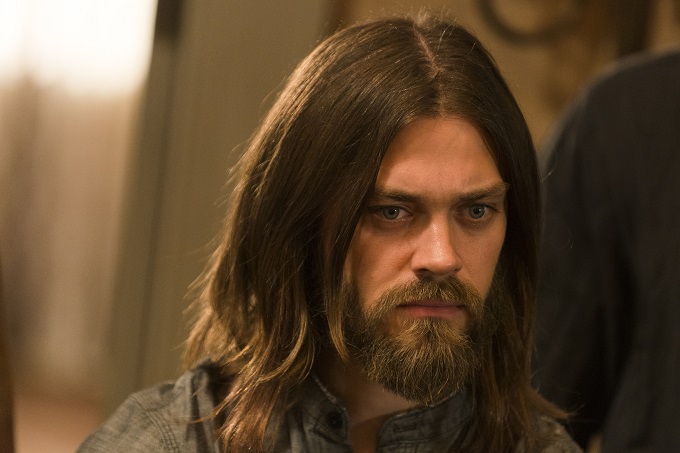 If you have read my season 7 reviews thus far, you know that I have been raving about the stellar job the writers, the production team, the cast, basically everyone have done. With my also being an avid reader of the comics, his season no doubt will go down as one of my favorites, and part of the reason for that is the introduction of super-villain Negan and the show’s perfect casting of Jeffrey Dean-Morgan for the role. However, with the season’s 5th installment this Sunday comes my first real criticism since the premiere episode — having to wait 4 full episodes to check-in at the Hilltop and get an update on Maggie (Lauren Cohan)  and her baby. For me, that seemed like a top priority and in fact, far more important than checking in with Daryl at The Sanctuary, and so, if I were at the helm, I would have aired this one earlier. Regardless, what’s done is done, and this week, we finally learn the fates of Maggie and baby Gleggie and how the Hilltop is adjusting with the news of Alexandria’s failure at taking out their mortal enemy.

First and foremost, I will go on and tell you that Maggie and her baby are fine — well, at least physically. No miscarriage, and instead, a small part of the placenta had separated from the uterine wall, a condition that is usually not life-threatening. So, yay for that! However, emotionally, Maggie still has a long way to go, and the Hilltop’s uber-prick leader, Gregory (Xander Berkeley),  isn’t helping. First, he’s adamant that both Maggie and Sasha (Sonequa Martin-Green) leave because the asshole’s a coward and scared shitless of the Saviors, and the 2 women not being at the Hilltop gives him “plausible deniability” of being involved with Alexandria. This is even after Maggie pretty much saves the Hilltop after their being attacked by the Saviors in the middle of the night. Gregory offers her some homemade rhubarb pie as a “thank you” because he’s such “a good guy” (HIS own words!), but nope, they still have to leave.

Moving on to Sasha, she seems to be doing a little better than Maggie — well, at least until Jesus (Tom Payne)  gives her something they found that belonged to Abraham. Jesus then gives Sasha a chain, and at first, I thought it was only the pendant that Rosita had made. However, upon looking closer, it really appears to be a diamond engagement ring. If this is the case, the big question is was it his dead wife’s ring or one that he had intended on giving to Sasha? With the big tears that well up in Sasha’s eyes when she sees it, my guess is the ring was likely for her. So, so sad. Just like with Maggie, Gregory has absolutely no sympathy for Sasha either, and even goes so far as offering to have a private “one-on-one meeting” with Sasha to discuss the possibility of her staying at the Hilltop. Ugh! The guy is just terrible.

However, the good news is Gregory does finally get his, and as they say, Karma’s a bitch. After the Saviors initial attack on the Hilltop, they show up again the following day, but with Simon (Steven Ogg) acting as their “Negan.” Even after everything Gregory tries to do to cover his ass, they already know that the Hilltop is in cahoots with Alexandria, and it’s absolutely hilarious watching Gregory sweating bullets and about to piss his pants knowing Simon could off him at any moment. Simon doesn’t and just ends up taking half their stuff, but it’s still a great scene. Oh, and Simon pulls a Negan and forces Gregory to kneel. PRICELESS.

Lastly, I want to address a really nasty rumor about this episode that surfaced for the first time yesterday. Without saying what actually goes down plotwise, I want to say emphatically and with 100% absolute certainty that Enid (Katelyn Nacon)  is NOT sexually assaulted in any way nor was assaulted while the Saviors were at Alexandria last week.  There’s a conversation that takes place between Enid and Carl (Chandler Riggs),  and I think someone who saw the episode didn’t listen very closely and completely misinterpreted the entire thing. As a result, the whole fandom nearly blew up last night on social media cultimating with a crapload of hate tweets being sent to Scott Gimple — and the poor guy didn’t even do anything! So, let us all calm down, take a deep breath and just know you have a fantastic episode waiting for you this Sunday. 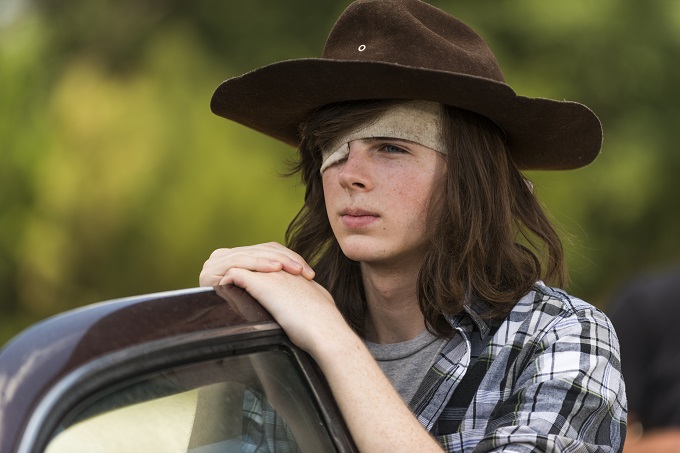 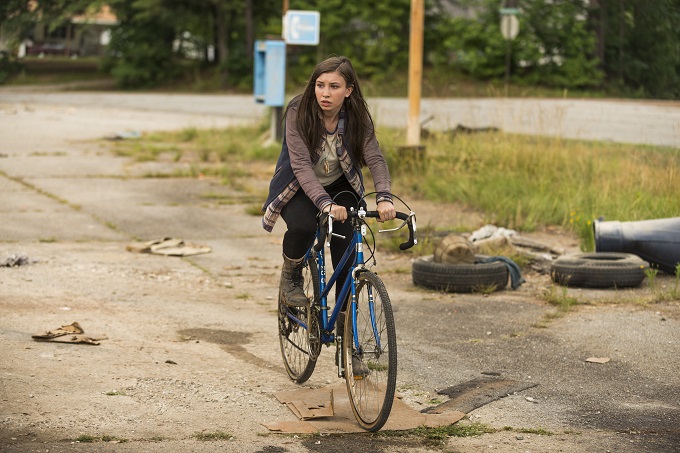