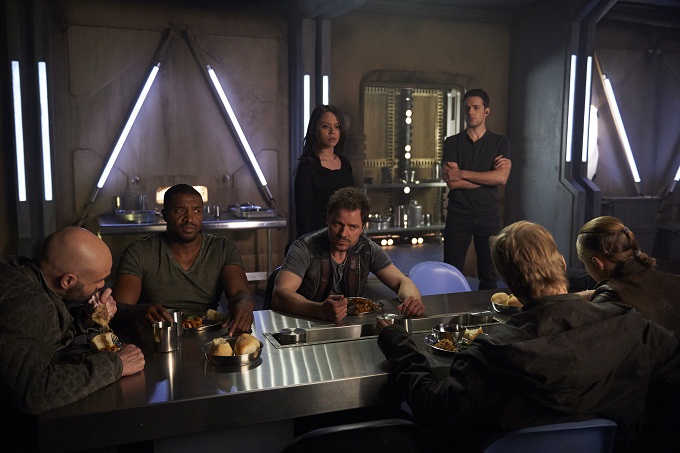 Over the past 9 episodes of Dark Matter, we’ve seen the dark sides of the mercenary crew of the Raza, and in spite of it all, we’ve grown to love each and every member of this ragtag team anyways. A mass murderer guilty of killing thousands. A pretty-boy killer-for-hire who has no qualms about taking out rich men’s wives. An impostor out for revenge, no matter the cost. Could they meet another group just as bad — or possibly even worse? Yeah, I wouldn’t have thought so either. But, folks, hold onto the rails, because this week the unlikely becomes probable with Team Raza quite possibly meeting their match.

This is actually the first episode of the 2-parter I mentioned in my Preview last week, and given the fact that it spans 2 weeks, you can safely bet this is going to be a big one. Here’s a few teasers of what you can expect from this game-changing episode:

1. The Raza crew is forced to team up with another group of mercenaries for a top-secret job to steal an item from a research facility. Are they told what their target is? Well, of course not. And, does Team Raza take the gig anyways? Yep. Now, doesn’t this sound awfully familiar? Yes, something about a mission to salvage an unknown ship that turned out to be full of zombies. Does that ring a bell now? Yeah, I agree, I don’t think these guys will ever learn!

3. With the leader of the 2nd group out of commission, they now need one more person to substitute so that they have enough people to fill all the roles for the mission. Now, who do you think the Raza crew selects from its own team to stand in? Nope, not telling, and you’ll never guess. However, I will say that he/she ironically ends up being the most valuable member of the combined team.

4. While most of the Raza crew is busy on this new mission, Android decides to use the time to create a simulation of herself, but with the factory default settings. This simulated robot’s purpose is to observe Android and report any personality flaws or anomalies that she sees. Poor Android looks so sad while she is doing this, probably afraid of what the new bot might find. One cool thing though — two Zoie Palmer’s are definitely better than one!

5. With the mission being to steal a top-secret device from a research facility, do you really think it was going to play out without a hitch? Well, no (and also, there’s this thing about it being a 2-parter, and so, expect a major cliffhanger). And, yes, everyone, there’s a doozie of a cliffhanger. In the final moments of the episode, one member of our beloved Raza crew is in the airlock just as someone on the other side presses the button. Yikes! You can buzz about who you think is about to be jettisoned into space until tomorrow night, because of course, I can’t say. But, you might want to get on Twitter and ping Executive Producer Joe Mallozzi about his plans for the team, and whether there will be any losses before the season is over. Because from my end, it doesn’t look good for one particular member of the group. 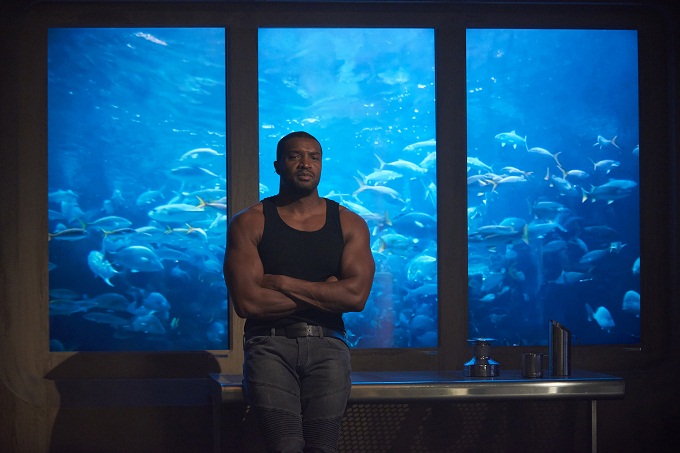 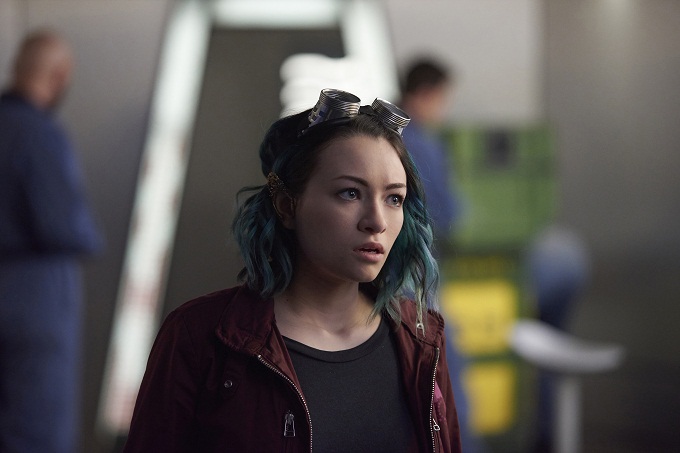 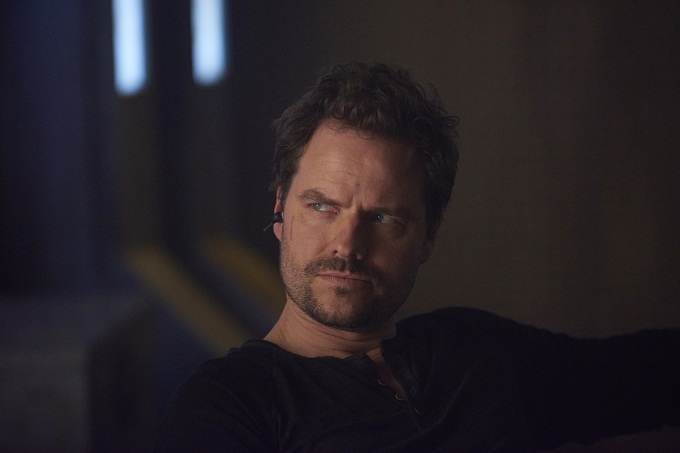 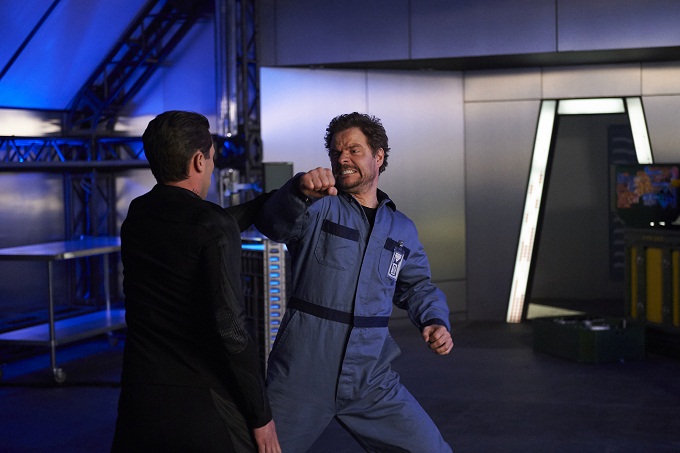 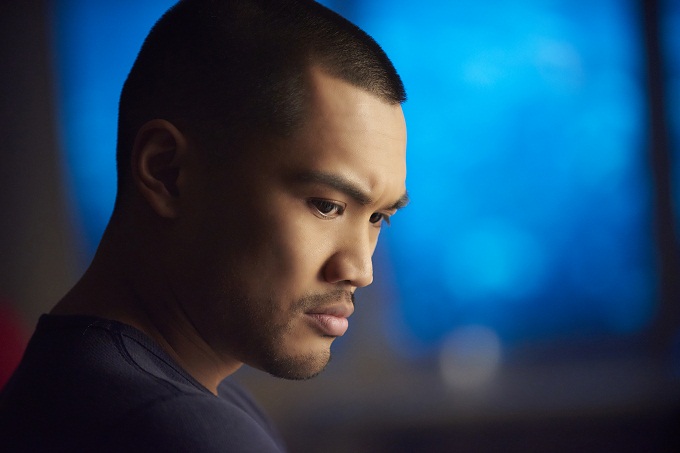