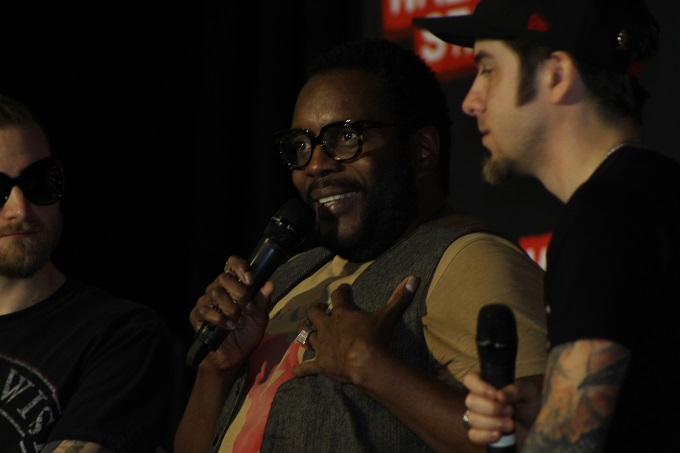 It may have been over 2 years since Chad Coleman’s Tyreese Goldstein was killed off in the shocking season 5B premiere of The Walking Dead, but that doesn’t mean the fans have forgotten about the big tough guy wielding a hammer. Quite the contrary. This past weekend at Walker Stalker Con in Nashville, Coleman was met by a full house of screaming fans where he looked back on his role on the popular zombie series, talked about the Negan-central season 7, and discussed his other big television roles since his departure.

The floor was open to fan questions, and while most of them were along the lines of “If Tyreese were still alive, would he…” , others were less typical, and some even caused quite a stir among the audience. Perhaps the best example is when a fan asked what Chad thought of the Sasha and Abraham relationship, and without even hesitating, Coleman emphatically responded that he didn’t like it all.

“And why didn’t I like the Sasha and Abraham relationship? Well, it was because of Bob. [Bob and Sasha] just seemed to work better” — Chad Coleman

To be honest, as soon as Coleman said that, I wanted to jump up and give the man a standing ovation. I personally loathed the entire Sasha and Abraham arc, and the entire thing feel forced and contrived just so season 7 could set up Sasha’s death in the finale.

Another shocker came when Coleman spoke about Tyreese’s own romantic relationships in the series. While we may all remember Tyreese for his short-lived relationship with Karen, Coleman actually wish his character would have had the opportunity to explore a relationship with another character. For those who are fans of the comics, you know that comic-book Tyreese had a romantic relationship with Michonne and also a brief one with Carol. Well, as it turns out, Coleman had hoped for a Tyreese/Carol relationship in the show, but alas, it wasn’t meant to me. For a brief moment, this idea actually excited, but then I said, “Nah!” I’m enjoying the budding romance of Carol and King Ezekial way too much. 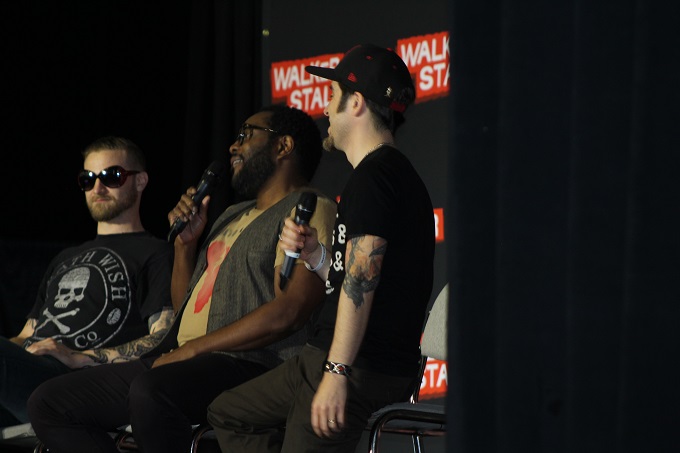 Well, even though Coleman wasn’t a fan of the relationship, that doesn’t mean he didn’t like his television sister’s final bow in the season 7 finale. “Oh yes, if you don’t have a weapon, what better thing to do but to make yourself into a weapon,” he explained. And, even though that tragic finale marked the official end of the Goldstein family on the show, both actors have moved on to major roles on other television series. As has been hyped for months, Sonequa Martin-Green  landed the starring role of “Michael Burnham” on CBS’ Star Trek: Discovery. And, for the past 2 seasons, Coleman has portrayed “Fred Johnson” in the critically-acclaimed The Expanse on Syfy. In fact, in the back half of season 2, Fred Johnson was seen only sporadically, but that all changed in the shocking season 2 finale. Johnson is the leader of a group of people who work along an asteriod belt (thus, dubbed “The Belt”), and in the episode’s final scene, it is revealed that Naomi gave Johnson their last sample of the alien lifeform, Protomolecule, thus leveling the playing field between Earth, Mars and the Belt. The Expanse will be returning for season 3 in the summer of 2018.

Besides The Expanse, Coleman has also landed a series regular role on the FOX Star Trek spoof The Orville. Set 300 years in the future, the series follows the adventures of the Orville, a not-so-top-of-the-line exploratory ship in Earth’s interstellar fleet. Facing cosmic challenges from without and within, this motley crew of space explorers will boldly go where no comedic drama has gone before. Details of Coleman’s role is being kept under wraps, but he did talk some about it and appears very excited about the show. Check out what he had to say, as well as the trailer for the new series.

The Orville  is set to premiere in September of 2017 on FOX.