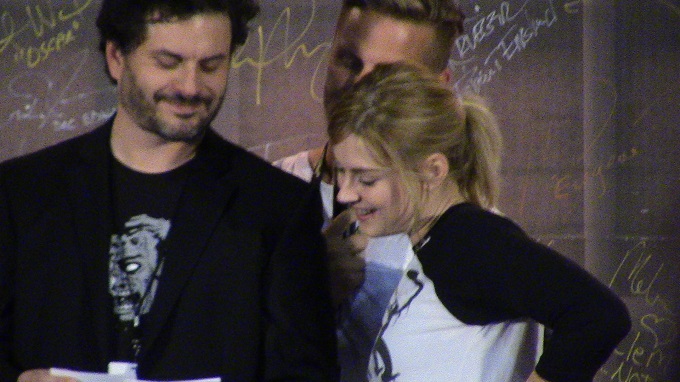 Walker Stalker Con Orlando 2015 officially kicked off this morning and set the stage for a fantastic weekend of Walking Dead and horror fun. One of the things I love most about these cons are the panels because the cast members and crew are always so fun and down-to-earth, and also because the fans often ask some really good (and hilarious!) questions.

This morning, however, WSCOrlando started off in a different, but oh so fun, way. Two teams consisting primarily of relatively new Walking Dead cast members were pitted against each other for a very entertaining game of Pictionary. Team 1 — Jordan Woods-Robinson (“Eric”), Ross Marquand (“Aaron”), Steve Coulter (“Reg Monroe”), Michael Traynor (“Nicholas/Dickolas”), and Daniel Bonjour (“Aiden”). I dubbed this team “Team Alexandria” because everyone on it was Alexandria residents (if only Tovah Feldshuh AKA “Deanna Monroe” was on this team, then we could almost call it “Team Family Monroe”! Unfortunately, I don’t think she had arrived at the convention yet). Team 2 included Christian Serratos (“Rosita Espinoza”), Cullen Moss (“Gorman”), and Alexandra Breckenridge (“Jessie Anderson”). The items in this Pictionary game were characters, places and things from The Walking Dead.

I absolutely loved this because it was a unique and fun way to get the ball rolling on what has become one of the most well-known Walking Dead and horror conventions in the country. The fans loved it too, joining in the game with the cast like it was just another Friday night game night.

A couple of pretty funny sidenotes: First, I think these actors should thank their lucky stars they can act because they can’t draw worth sh*t. One of them had the simple task of drawing Daryl Dixon, which you would think would be the easiest thing of all. Nope, couldn’t do it. Too funny! Second, one of my favorite characters in the series, albeit very short-lived, was Reg Monroe. He was just a super-nice guy and quickly became the moral compass of the show, which also means he quickly became dead. Well, as it turns out actor Steve Coulter is just as nice in real life because before they even began the game, he asked the audience to say, “Hi, Mary!” so that he could take a picture for his girlfriend,  Mary, whom he misses a lot while travelling for work and attending these conventions. Now, isn’t that so sweet! 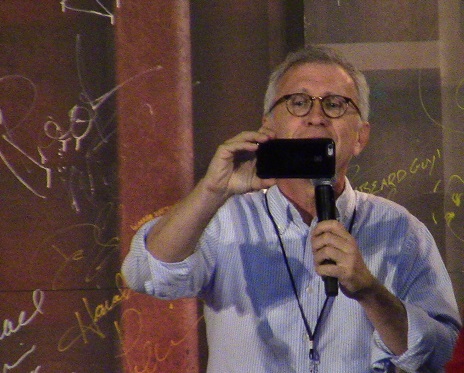 So, that marks the beginning of Walker Stalker Con Orlando, and this afternoon it continues with a panel spotlighting one of the biggest baddies of The Walking Dead, Gareth, portrayed by the immensely talented Andrew West.  There is also one tomorrow featuring probably THE biggest villain of the show thus far, The Governor. Being that I am generally a villain “junkie,” I am really looking forward to both of these.

And, this is just the beginning! The Emily Kinney concert is tonight, following by a whole line-up of panels tomorrow. So, be sure to check back with the site for full coverage of the event throughout the weekend.

You can also check out the convention’s full schedule at http://walkerstalkercon.com/orlando/

All photos courtesy of TV Geek Talk and Mary Powers 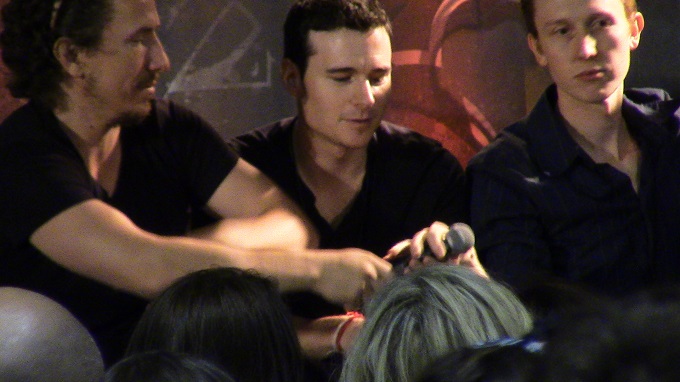 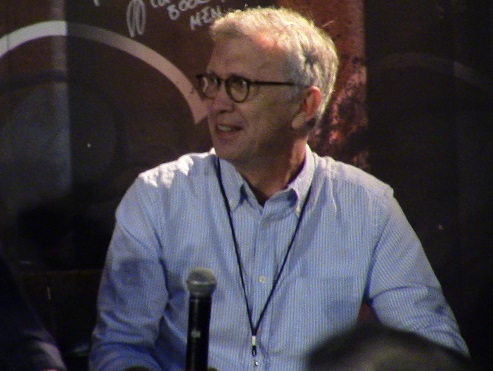 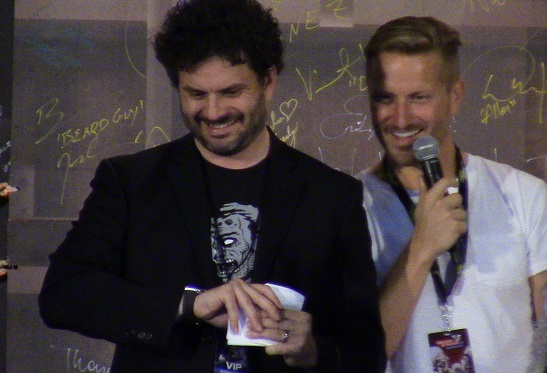 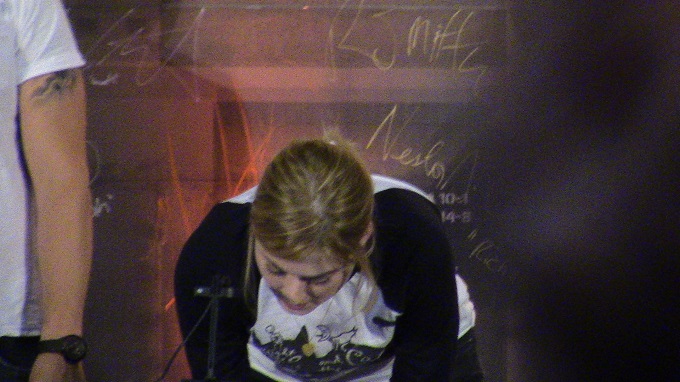 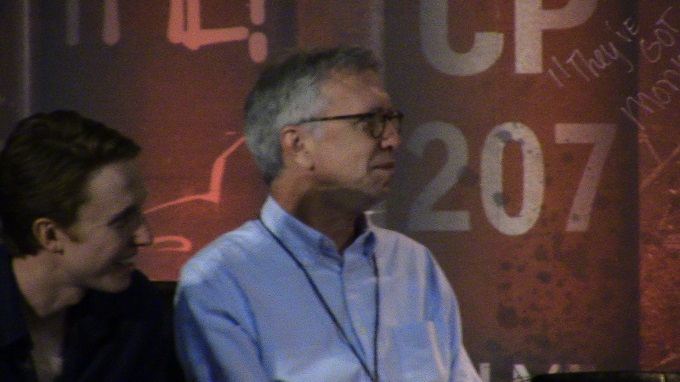 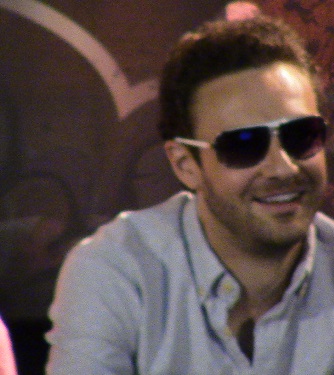 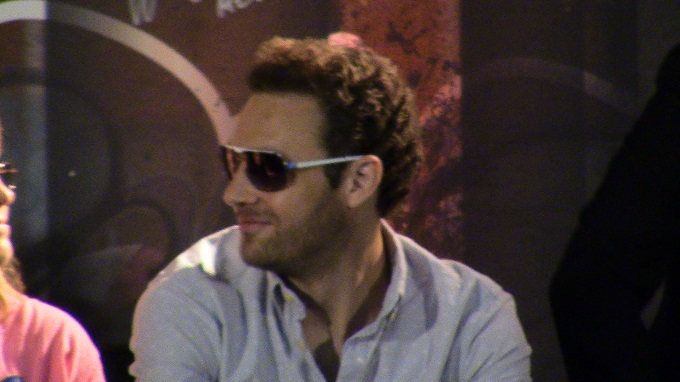 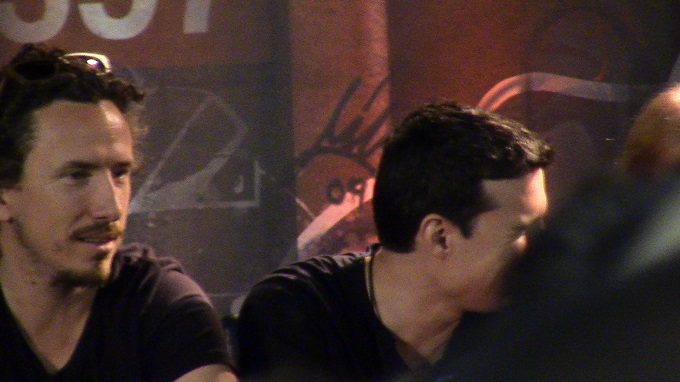