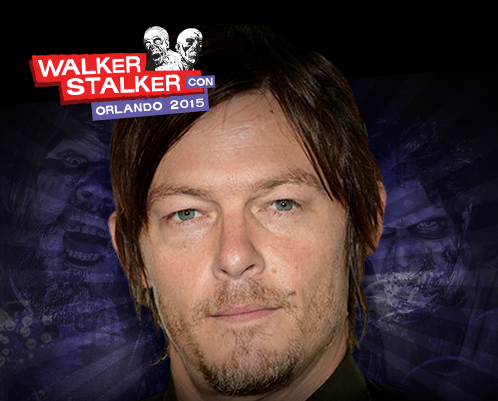 San Diego Comic-Con is well-established as THE Walking Dead event of the year, where fans can get the 1st glimpse into the upcoming season and where the world premiere of the new season’s trailer takes place. However, for die-hard Walking Dead and zombie fans, there’s another horror convention down in sunny Orlando just 2 weeks prior to the event, which I am dubbing this year as The Walking Dead SDCC pre-party. It’s Walker Stalker Con Orlando with the fun beginning on Friday, June 26th, and lasting through the weekend.

Walker Stalker Con began with The Walker Stalkers podcast. Hosts and creators Eric Nordhoff and James Frazier, both of Nashville, transformed the event into a convention in 2013 with a Kickstarter campaign, and it was an immediate success. With the growing support and interest of the massive Walking Dead fandom, it didn’t take long to attract the interest of the series’ cast, production team, and creators. Now, just 2 years later, the convention is held in 11 cities including Boston, Chicago, San Francisco, and of course Atlanta, and will actually become international next year with the very first Walker Stalker in London.

The line-up for the Orlando show in less than 2 weeks is pretty impressive. It includes fan-favorite Norman Reedus, Steven Yeun, Chad Coleman, Tyler James Williams, Scott Wilson, David Morrissey, the “Abraham’s Army” trio of Michael Cudlitz, Josh McDermitt and Christian Serratos, another fan-favorite Lennie James, and many more. Besides The Walking Dead, there will also be guests from FOX’s Gotham, including Robin Lord Taylor, Drew Powell, and Sean Pertwee, as well as Syfy’s Bitten, including series stars Greg Bryk and Laura Vandervoort.

Besides the opportunity to meet their favorite actors from the show, attendees can also enjoy a wide range of panels, as well special events including Iron E. Singleton’s one-man show “Blindsided By The Walking Dead” and Emily Kinney’s concert, both of which have become staples of the convention.

Even though we are less than 2 weeks out, there are still tickets available. Tickets, as well as photos ops and autographs, can be purchased by going to the Walker Stalker Orlando website. And, even if you can’t attend the convention this year, I will be onsite for TV Geek Talk and so, check back at the site for complete coverage as we get closer to the event.