The Walking Dead: Is Comic-Book Dr. Cloyd Being Cast For Season 6? 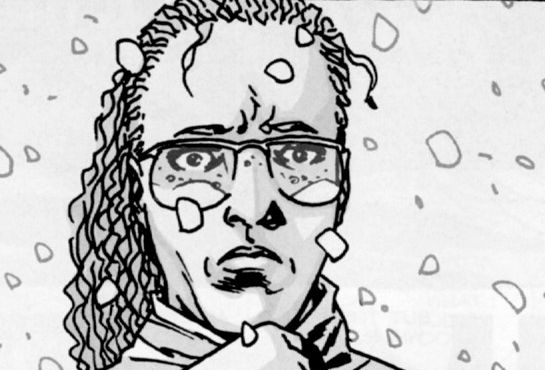 Warning: Both comic and television series spoilers ahead

As some of you may know, I’ve been wondering ever since Alexandria’s lone doctor, Pete Anderson, was killed in the season 5 finale, what in the hell are they going to do now. After all, a doctor is such a rare and valuable resource, and I felt that killing Pete was somewhat impulsive.

What is even more interesting is that in the comic-book series, the loss of Pete Anderson wasn’t as critical because the ASZ had at least one other doctor, most notably Dr. Denise Cloyd. Sure, the loss of Pete hurt, but it didn’t create a critical situation as it appears it has in the television series.

That said, I had originally thought (and secretly hoped) that Rick and Co. would remember Dr. Edwards from Grady Memorial and have Aaron and Daryl go on a mission back to Atlanta to recruit him. I think it would be a brilliant tieback to the hospital arc and give it a much bigger meaning and purpose. However, given a casting call that was recently posted, I’m beginning to think we may be getting the comic-book Dr. Cloyd after all, albeit much later than in the comic book series.

Below is the casting call, and for those familiar with the comics, I’m sure you will see the similarities to the Dr. Cloyd character:

[ALLISON] Female, Late 20s to early 40s. A smart, artful, and charming psychologist who quickly turns awkward and messy when it comes to her personal life. She’d much rather stay safely inside her comfort zone, but the true test of her mettle comes when the comfort’s gone and the stakes are life and death. She’s not cynical and really cares about people…RECURRING GUEST STAR / MULTIPLE EPISODES. WILL APPEAR IN 602 (5/15-5/27), 605 (6/9-6/18), & ADDITIONAL EPISODES TBD (OUTSIDE DATES: 6/19-11/19). ACTOR MUST NOT BE CONTRACTED TO ANOTHER PILOT / SERIES. WE CANNOT CONSIDER ANYONE WHO IS IN SECOND POSITION.

Late 20s to early 40s and her profession as “psychologist” all point to Dr. Cloyd or at least a variation on the character. 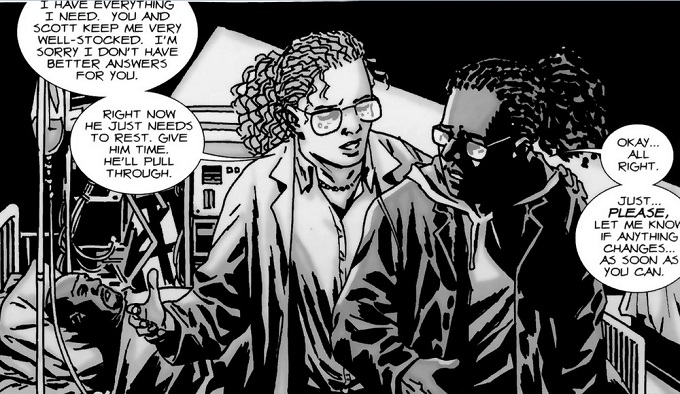 For me, this possibility is bittersweet. I had really hoped that Dr. Edwards would be brought back into the fold because I liked the character and doing so would give more importance to an arc that was relatively weak. However, Dr. Cloyd and Heath are 2 of my favorite characters from the comic book series, and I had gotten upset when it looked like they were going to be omitted from the television series altogether.

Of course, another possibility — and one that I would be absolutely ecstatic about — is to have both. Introduce both Dr. Cloyd and  bring Dr. Edwards back from Atlanta. For those living in Alexandria and especially after what happened to Pete, I think it would be wise to have more than one doctor anyways.

Regardless, whether we get Dr. Cloyd or Dr. Edwards, the folks at the ASZ had better step up their game to find a replacement for Pete. If you are a comic fan, you’ll know we’ve got some major sh*t coming up, and it would be catastrophic if Alexandria is caught without a doctor when it finally hits the fan.

The Walking Dead  returns for Season 6 in mid-October.

The Walking Dead: Steve Coulter Talks His Ill-Fated Character, Being The Moral Compass Of The Show And More