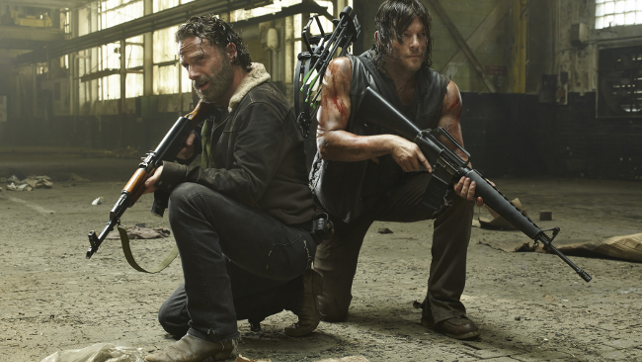 If you’re a fan of The Walking Dead and have attended the ever-popular panel in Hall H in past years, I anticipate it’s going to be twice as difficult to land a seat this year. So, stock up on Vivarin and Red Bull because you’ll probably need it.

Today, AMC announced their line-up for San Diego Comic-Con 2015, and as was expected, The Walking Dead was at the top of their list. In addition, the new companion series Fear The Walking Dead will also be making an appearance, and what’s more, the 2 panels will be back-to-back. With The Walking Dead panel at its normal time of 12 p.m. on Friday, the line to get into Hall H for the event is usually already a pretty good size by dusk the night before. But, with the additional people vying to get into the panel for the spinoff series, expect it to be even crazier.

Here’s the full schedule and line-up for both panels, which also includes a special autograph session for each.