The Walking Dead: 5 Things You May Have Missed From The Season 8 Comic-Con Trailer 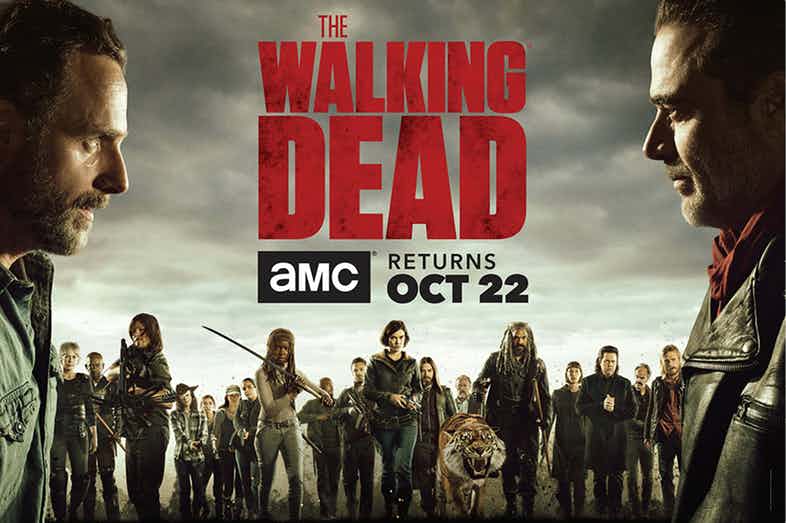 Almost everything in the five minutes-plus of footage from Season 8 of  The Walking Dead, which debuted at Comic-Con and online Friday, seemed to be exactly what fans of the show would expect after the Season 7 finale promised a war between villainous Negan (Jeffrey Dean Morgan) and our heroes. The trailer included plenty of zombie kills, menacing Negan speeches, inspirational Rick (Andrew Lincoln) speeches and a rock score.

Everything seemed business as usual in the trailer — that is, until the last 20 seconds or so. However, besides that, there are a few other Easter eggs that you may have missed unless you paid extra attention or you’re a fan of the comics. Here are my top 5 (WARNING: Major spoilers if you haven’t read The Walking Dead comics):

5. Everybody seems to be up-in-arms about that final scene in the trailer. What happened to Rick?! Is he just dreaming? Or, is this supposed to somehow imply that everything has been a dream while Rick has been in a coma the entire time? (even though Robert Kirkman has emphatically stated multiple times that would never happen). Of course, anything’s possible, but I think a more likely scenario is Rick being injured in All Out War in the same manner as he was in the comics. During a brawl on the battlefield, Negan ends up breaking Rick’s leg so badly that he has to walk with a cane after he recovers. It would definitely explain the focus on the walking cane.

4. No Eugene. Absolutely no Eugene in the trailer… at all. You can draw your own conclusions as to what that may mean.

3. A possible first look at new character, Dillon? It had been reported earlier that the show would be getting 2 new characters this season, including good-guy Dillon, who is described as “a twentysomething with penchant for sarcasm.” If you look at the frame at 2:53, the guy right in front of Aaron certainly fits the bill. No news yet as to whom has been cast for the role. 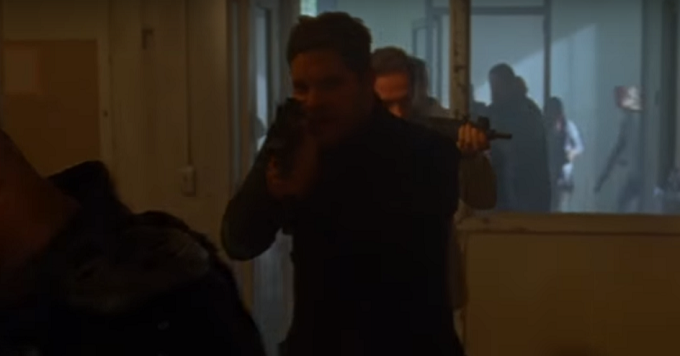 2. Besides Dillon, the 2nd new character that has been announced for season 8 is a paranoid but likable Muslim American named Abbud who’s been surviving on his own. At frame 3:11 we see a character who appears to be Muslim, and so, I think it’s a safe bet this is probably Abdud. Just like Dillon, there’s no news yet on the actor cast for the role. 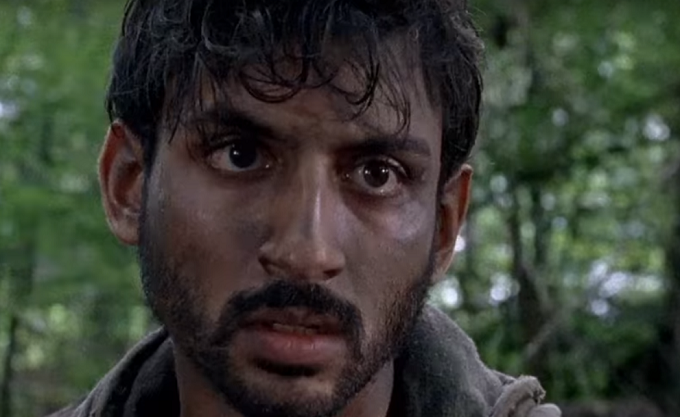 1.  Shiva’s death at time 3:50. What a total buzzkill. I’m teary-eyed just thinking about it! In the comics, Shiva sacrifices herself to save Ezekial from a walker attack. So, I knew it was coming, but I guess I didn’t expect it to happen so soon. I’m sure there will be plenty of carnage going into the new season, but something tells me this death will hurt way more than any of the character deaths. 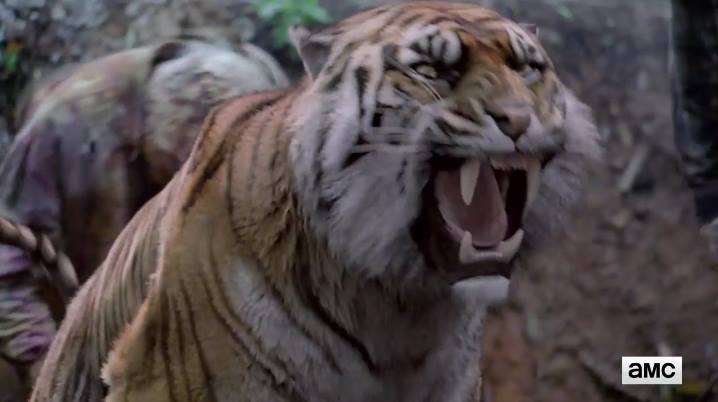 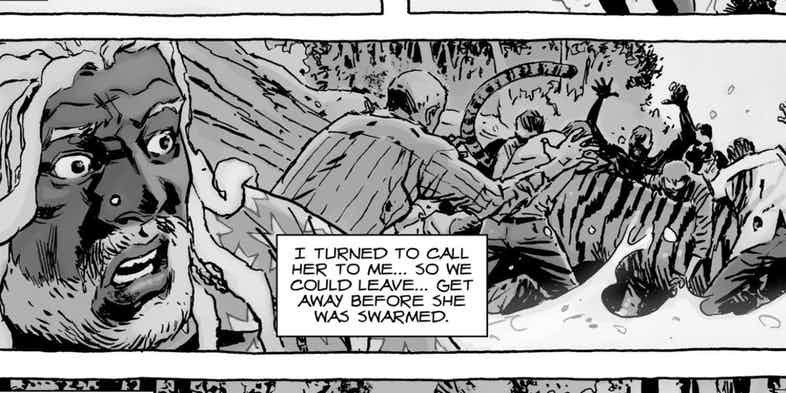 The Walking Dead returns for Season 8 on October 22nd at 9/8c on AMC.