The Strain Season 3 Has A Premiere Date! 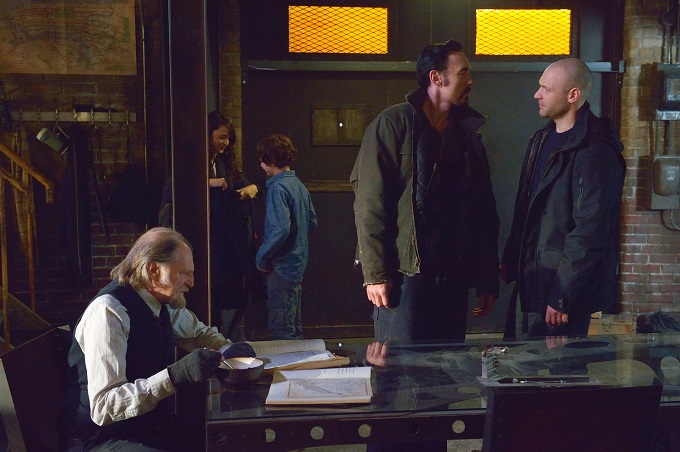 Well, all you Strainiacs, I know everyone’s started to get ansy about when the series will be returning this summer, but today — thanks to the show’s star Richard Sammel — we finally got a premiere date. 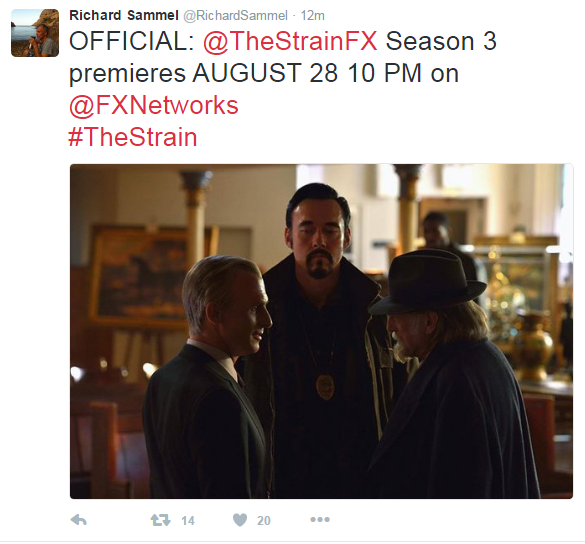 Yes, season 3 will be premiering on Sunday, August 28th, at 10/9c and while that is later than past seasons, it does make sense. Season 3 will be only 10 episodes, while the first 2 seasons were both 13 episodes each. Shorter season, later start. Got it.

Besides this, the move gets the premiere date off of the weekend of San Diego Comic-Con. For the past 2 years, the premiere has been on the Sunday of SDCC, and so, many fans ended up missing it or sending it to the DVR because they were travelling home.

The only downside I see with this date is there will be some overlap with the series and The Walking Dead’s highly-anticipated season 7. With the zombie drama returning on Sunday, October 9th, there will be 3 weeks of overlap with the series and its popular aftershow, The Talking Dead. Of course, this concerns me since the companion series, Fear The Walking Dead, hurt The Strain’s ratings last season, but on a positive note, it’s only for the first 3 episodes.