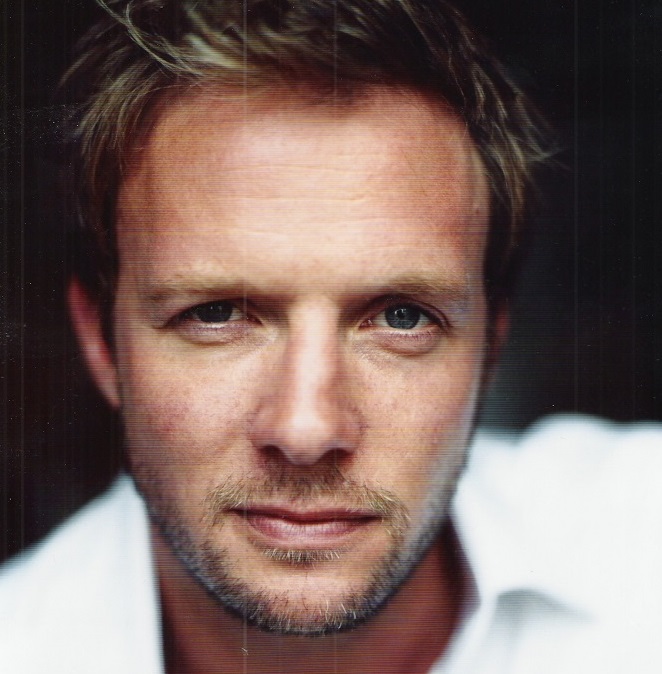 Rupert Penry-Jones of FX’s “The Strain”

The shocking and spectacular season 3 finale of FX’s The Strain  aired tonight in the U.S., and with that, fans of the popular half-breed strigoi, Mr. Quinlan, can finally breathe easier. FX had strategically placed an image of the fan-favorite being blown back by a nuclear bomb shockwave and subsequently, slamming into a stone pillar in the Trailer for the finale, and so, for almost a full week, viewers have been wigging out on Twitter, Tumblr, and just about every other social media platform. However, at the end of tonight’s episode, Quinlan, with his super-human healing abilities, ultimately rose up from the debris and brushed it off like nothing had happened.

While the explosion is very bad news for our characters on the show, the good news is Quinlan’s surviving makes it all but certain that the character will be returning for the show’s final season, which is set to begin production soon in Toronto. These past 10 episodes have been the best of the entire series, and to make this season even more perfect, this week I had the good fortune of interviewing British actor Rupert Penry-Jones, the man behind the make-up and the magic we call Mr. Quinlan — or for short, simply “Q”.

One of the most memorable scenes of season 3 — perhaps of the entire series — is the epic battle in the Ancients’ Lair at the end of episode 3.08 “White Light.” For the masterful choreography and stunning special effects, we can thank TJ Scott and stunt coordinator Jamie Jones, but in making the sequence come alive and feel authentic, we owe Rupert. Judging from the enthusiasm as he talks about the scene, it seems it may be one of Rupert’s favorites as well. “So glad that you liked the fight scene in 3.08. It was something that I had been looking forward to seeing. I was very nervous about doing it as I was aware that the potential was there for something really fun. I worked with the stunt guys for quite a few days getting everything right. It was like learning a dance or something. I had a couple of fake swords that I took home with me and would work on all the moves every day to make sure that I remembered everything. I didn’t want to be the guy who kept stopping all the stunt vamps mid-section and making them do it all again. Let’s face it, they were the ones who had the hard stuff with all the diving and falling over. We split the fight into three sections, each one had 10 stunt kills, so it was 30 kills in total. I loved every moment of it. The stunt team on the show is amazing and the reason that it worked so well was because of them. They are some of the best,” he explains. 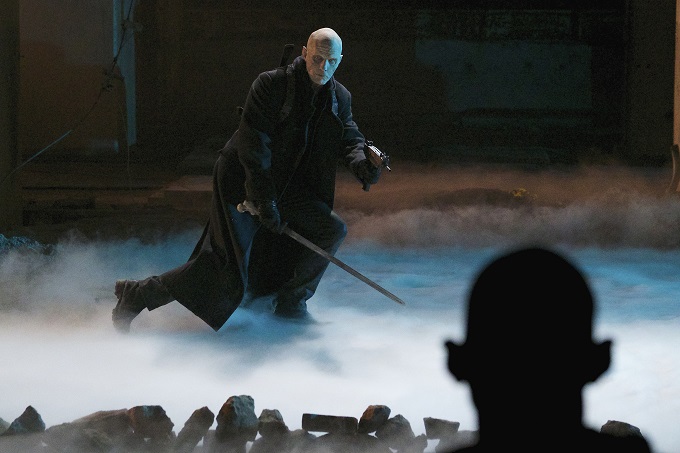 Another interesting aspect about 3.08 is while Quinlan used his master sword-fighting and firearms skills to plow through hundreds of strigoi in an attempt to escape the impending explosion, when the bomb finally detonates, we can’t be entirely sure that Quinlan made it out in time. This wasn’t the first time in season 3 that an episode ended with Quinlan’s fate in question. Episode 3.03 “The Born” also left the fans with a massive cliffhanger when Quinlan collapses to the ground after beheading Bolivar/The Master. However, the response following 3.08 was much larger, with Twitter and Tumblr filled with the “If Quinlan dies, we riot!” battle cry the following day. When asked about Quinlan’s status as the show’s fan-favorite, Rupert says, “I am so pleased that the fans of the show like Q. I am having a ball doing it and feel very lucky to be having this experience. I was worried coming into the show playing the part as I have never done anything like it before.”

Besides all of the fantastic action sequences, season 3 has also given Quinlan the opportunity to make some very “interesting” alliances this season. First with Setrakian in deciphering the Lumen, and then, Eph, with the latter providing some great comic relief and perhaps some of the best lines of the entire season. Rupert has loved it and actually has some ideas for more pairings going into season 4. “The partnerships that Q has had in the show have been fun for me, as in the first season I did I was pretty much on my own most of the time, so I am glad to be with the team more now. I would like to have more stuff with Gus and Fet as I think there is lots of fun to be had with those guys. It’s tricky though as Q is a loner at heart. It is fun playing with the fact that he has to get along with the humans as I am not sure how he feels about them. Let’s face it, they have a lot to learn,” he explains. As for any favorite scenes this season, Rupert says, “I have loved most of the scenes that Q has been involved in this season but anything that involves the sword and the uzis is a winner for me.”

Now, looking onward to the show’s final season, Rupert has a few ideas of what he would like to see, including some wardrobe changes and more flashback scenes. “As far as the wardrobe changes go, the vest and the belt buckle were always there. The only addition was the glasses and I love them. The only thing that I would change would be the fact that I think his clothes will need to be a bit more broken down as I don’t think he gets the chance to get new ones,” Rupert explains. One of the favorite episodes for Q fans this season was episode 3.03 “The Born,” which was devoted to more Quinlan flashbacks. This time, the focus was on Quinlan as a very young man and his relationship with the woman he ends up calling his mother, Ancharia. Much like the fans, Rupert also loved the episode and is hoping for even more flashbacks next season. He says, “The flash back sequences are one of my favourite parts of the show. It’s great to be able to show Q in other eras. I would like to do more of them and maybe try more than just the Roman period. i think it would be fun to see him in other situations. The full body make up is tough though. It takes about 6 1/2 hours to get ready so it’s a very long day but worth it. I would like to see a flash back to explain the bone sword, also maybe see if he ever fell in love. I think in the books there was something about a family.”

Even though next year is the 4th and final season of the series, with the immense popularity of the Quinlan character and Rupert’s phenomenal portrayal, some are looking beyond that. For those who do not know, a series of comics titled “Mister Quinlan: Vampire Hunter” is in the works that provides a more detailed backstory of Quinlan. Issue #2 was actually just released a couple of weeks ago. Also, Richard Sammel tweeted during the airing of 3.08 “White Light” that he would love to see a movie/series depicting Quinlan’s journey.  On whether this is a possibility, Rupert responds, “As far as a spin off goes…never say never.” I am sure fans are going to be thrilled to know this may even be a possibility because it’s a topic that’s been buzzing for quite some time. However, beyond The Strain, Rupert isn’t too sure about another role requiring heavy prosthetics. “I would have to think long and hard about doing another heavy prosthetic part though; it’s not easy. I would like to get back to using my own face for a while,” Rupert explains. 6 1/2 hours in the make-up chair — we totally get it, Rupert.

Even through season 3 officially came to an end tonight, the good news is we have one more full season to look forward to — and, if it even remotely follows the final book of The Strain trilogy, we can probably safely bet on lots more Q come next summer. In the meantime, be sure to check out Rupert’s  IMdb page and perhaps some of his past Projects during this long hiatus. MI-5   is a fantastic BBC spy drama series and likely explains where Rupert got some of the training and fighting skills that have become one of the trademarks of the Quinlan character. However, if you would like to see Rupert in a different role that requires less action, I recommend Jane Austen’s Persuasion or since it is getting close to the holiday season, perhaps the Hallmark Channel’s Crown For Christmas,  which premiered just last year. And, actually, Crown For Christmas is back in rotation on the Hallmark Channel and will be re-aring starting this Thursday, November 3rd, at 10/9c. You can check out the Hallmark Channel’s website for the full schedule. The latter 2 roles are quite the opposite of what we are used to seeing with Rupert’s portrayal of Mr. Quinlan, and that in itself is a testament of the versatility and exceptional talent of the actor. However, those who have tuned in this season and have witnessed Rupert’s stellar performance as Mr. Quinlan, this isn’t surprising, and I think we can all agree that The Strain is very fortunate to have him.

The Strain  returns for its fourth and final season in the summer of 2017.