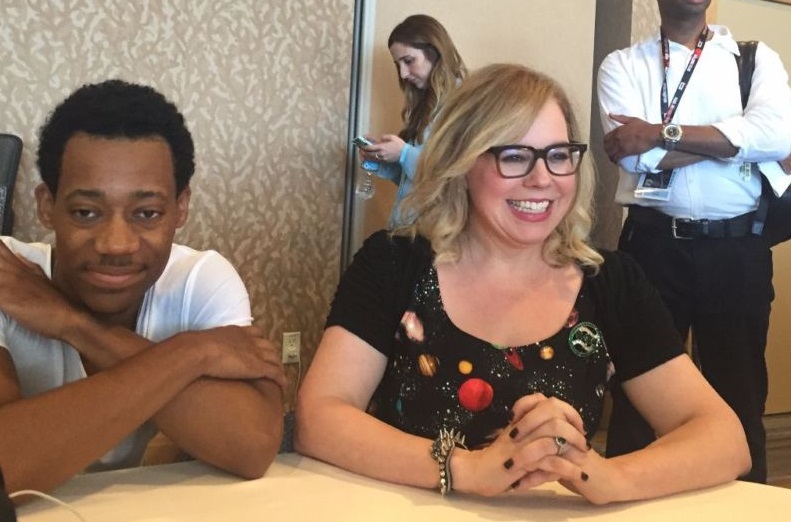 Oh yes, over the past week or so, the birdies have been chirping all around CBS’ Criminal Minds but unfortunately, the gossip isn’t all that great. Literally on the heels of series star Shemar Moore calling it quits at the end of last season, the show took another major hit last week when it was announced that Thomas Gibson had been fired amid accusations that he kicked writer/producer Virgil Williams during an on-set altercation a little over 2 weeks ago. Needless to say, the series is heading into its 12th season in the midst of turmoil and with its fair share of challenges to overcome.

Even with everything that’s going on, I’m still a glass-half-full-kind-of-girl, and so, I still was beyond excited to speak with Criminal Minds’ quirky tech-geek Kirsten Vangsness  AKA “Penelope Garcia” at San Diego Comic-Con. While Garcia always has been that happy, bubbly component of the BAU team that has to live and breathe death and human depravity on a daily basis, even she will be in a somewhat dark place going into the new season. As most of us know, Garcia has always been playfully known as Derek Morgan’s “baby girl” since the beginning, and with that part gone, honestly it’s going to be sad, especially for Garcia and even for the series’ devoted fans. 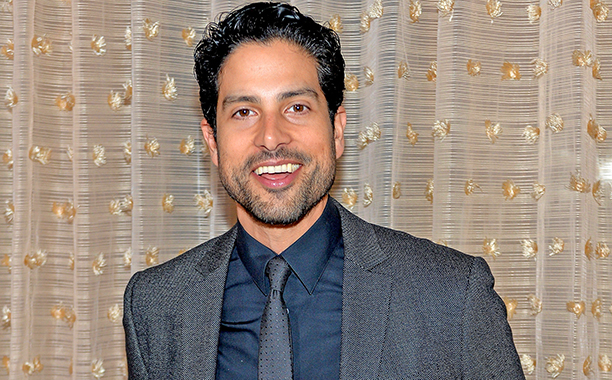 But, on a positive note, Vangsness is very optimistic. Adam Rodriguez (“CSI: Miami”)  is the newbie on the team set to replace Derek Morgan, and Vangsness’ excitement is seeping through (when does it not?). Rodriguez comes on-board as the leader of the FBI’s Fugitive Task Force and is introduced to the BAU Team, as well as the fans, in a very big way. By the time we get to the season 12 premiere, Alvez will have already apprehended 8 of the 13 escaped serial killers from last season’s finale. This makes a big impression on Special Agent David Rossi (Joe Mantegna) who ultimately convinces him to join the BAU Team.

While Derek Morgan most definitely can never be replaced, I can’t deny I’m looking forward to seeing Rodriguez back in a bad-ass, law enforcement role, and I’m even more intrigued on what he can bring to the table. Check out what Kirsten Vangsness had to say in the below SDCC video interview.

Criminal Minds  returns for season 12 on September 28th at 9/8c on CBS.