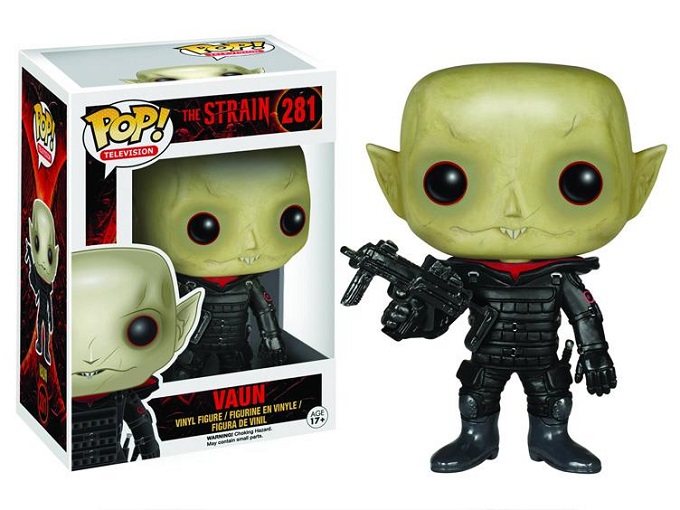 You know, it was just a couple of weeks ago that I was thinking how disappointed I was that Funko didn’t release any vinyl figures for The Strain this year at San Diego Comic-Con. After all, SDCC is THE event to release exclusive POP! Vinyls, and it seems like every other show under the sun including The Walking Dead, Hannibal, and Orphan Black got new figures this year.

But, in an ironic twist of events and just 1 week after Comic-Con ended, it was announced that, indeed, The Strain will be getting its own set of vinyl figures. To be released in October, the set will include Abraham, The Master, Dr. Ephraim Goodweather, and the hooded strigoi who was just revealed as “Vaun” (formerly known as Quinlan) in the season 2 premiere. Below are detailed photos of each figure. 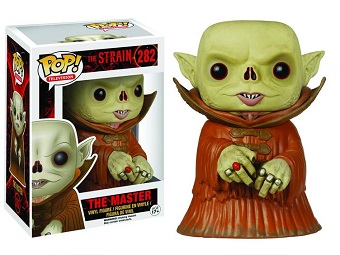 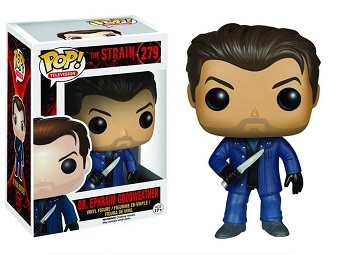 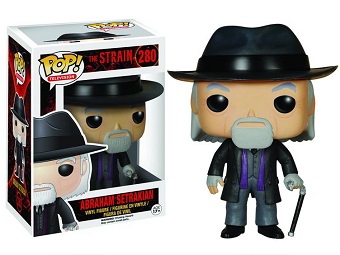 Some may be wondering why their favorite character in the series isn’t being included, but don’t you worry. Funko very often times releases a limited number of figures for a television series, but then releases additional vinyls on a periodic basis. So, if you’re wanting a Kelly, an Eichhorst, or a Vasily Fet, just be patient because there’s a good chance they will be added to the collection later.

Don’t want to wait until October to order yours? I didn’t either. Well, we’re all in luck because you can pre-order these figures at  Entertainment Earth and BigBadToyStore.