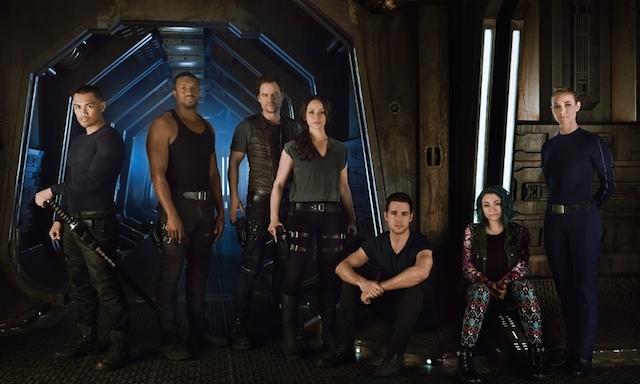 Stars and Producers of DARK MATTER to Appear

About “Dark Matter”
In “Dark Matter,” the crew of a derelict spaceship is awakened from stasis with no memories of who they are or how they got on board. Facing threats at every turn, they have to work together to survive a voyage charged with vengeance, betrayal and hidden secrets. “Dark Matter” features Melissa O’Neil (Broadway adaptation of “Les Miserables”), Marc Bendavid (“Bitten”), Anthony Lemke (“White House Down”), Alex Mallari Jr. (“Robocop”) and Jodelle Ferland (“Twilight”) with Roger Cross (“The Strain”) and Zoie Palmer (“Lost Girl”).

I will be onsite at SDCC for TV Geek Talk, and so be sure to check back for full coverage as we get closer to the event.